The first single "Lost And Found" has already got rotation on radiostations in Europe. "FIDGET" is a twelve track album and the songs are written, produced and mastered by GIRI. 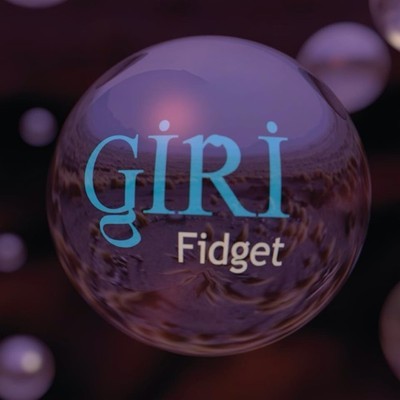 The first single Lost and found has already got rotation on radiostations in Europe. Fidget is a twelve track album and the songs are written, produced and mastered by GIRI. The Girisound is a perfect mix of analog synthesizers, distorted Fender jaguar and sitar. This time the band involved sitar player Stian Grimstad to add that extra feeling to the sound.

GIRI are based in Stockholm. Their debut album was released in the end of 2006 and the singles "Do It", "Save Me" and "Shadow of a Doubt," where on radio rotation in USA, Sweden and the rest of Europe.

GIRI started as a soloproject, but after a few very successful performances they got the reputation of being a great live band and GIRI was born. The singer Andreas Jayasekera Lindbergh, introduced some songs for the drummer, Hasse Sjölander. During the recordings of the debut album the guitarist, Jonas Karlberg, joined. A Swedish radiostation played the song, "Save Me," on heavy rotation, and when bass player, Albin Johansson joined, the band was finally complete.

Listen to the album on Soundcloud here.

Come Into Our World

The sitar brings curiosity and then the song explodes into a fun pop fusion that reminded me of our favorite Boston pop band called Gentlemen Hall. Building chords to new heights, Fidget runs in to a great start with this welcoming opening track.

Standard swing big band drums slam into your head with bass lines to underscore the excitement. A military chant and march goes into some punk forms with metal edge guitar to make for a very interesting song that is hard to follow because it keeps changing, which is not a bad thing.

The track had a MUSE vibe with its blended blast of synths, instruments and soulful, striving vocals. The heavy bass underneath the vocals up front showed some great production here.

Funk comes into the mix here, and a bold take on pop is presented with some high wire cross sticks from the drums. The guitar grounds it all and pushes it into a direction of an all out Red Hot Chili Peppers or Lenny Kravitz type of vibe. Great song.

This is the first single I heard from GIRI and it brought me in to be curious about the rest of the album. OK GO and MuteMath are bands that are fun-to-be-complicated, heady, intellectual and in your face modern. GIRI pushed the limits with this track as well as the following "Hit Me."

Someone should use this song as part of a sound track to one of the vampire movies. Seriously!

Metal and punk with the sitar bouncing in the background shows us all that GIRI's got with some face punching head banging speed. This track is short and to the point, massive, without being self-indulgent.

A ballad? Following the wide span of genres covered here already, well, now GIRI has brought even more surprise. This is a good place for the slow, simmering vocals and acoustics, the building synths, guitar and metal edge are a great arrangement. I'd like to hear the vocals come through stronger in the beginning, but they hold up pretty well as the song goes on, great effort.

What a groovy retro rock and roll vibe on this song to open it up. What have we got here? B-52's meets The Kinks? Or the Cure? The Smiths? Contemporary music has hope to be quality rock! Bring it!

The stepwise drums and fun punk phrasing with the vocals floating over the track then all blending together makes this a fun, Cure-like, "Love Cats' type of tune.

A contemporary guitar rhythm with some warm tones brings this on and it builds as it goes, a lot of lyrics are packed into the first phrases. This is more of a metal sound, an alternate 90's crank. This band is versatile for sure.

The sitar opens and closes this album like a book of mantras. It is beautiful to hear it integrated into contemporary music and I'd encourage this band to expand these pieces, just becasue they are classic, yet hard to play.

The word, "fidget," has straightforward meanings in American culture, "To behave or move nervously or restlessly. To play or fuss; fiddle. A condition of restlessness as manifested by nervous movements. " (From The American Heritage Dictionary). I did not experience this at all when listening to this album. In fact, the various tones, instruments and styles that GIRI incorporates into this record brought me in with some curiosity to see where they'd go next. There is a lot of promise with this band and I am reading that they are great to see live.