Andrew Rosciszewski: Fantasie for Rock Band and Orchestra, with The Marimba Trilogy 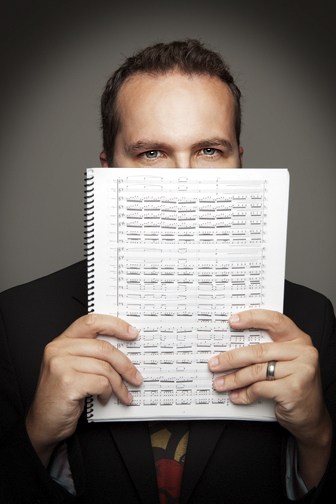 Most music tells a story. Andrew Rosciszewski's latest composition, Fantasie for Rock Band and Orchestra, with the Marimba Trilogy, "IS" the story. Andrew is a double bass player and composer from the NY/NJ area, classically trained, rock inspired. The history of the creation of this work includes a reflection of Deep Purple's, John Lord, the organist and composer of "Concerto for Group and Orchestra" in 1969. Yes and Metallica were also motivators to pair orchestral music with rock rhythm sequences. The unique challenge taken on by Andrew was his wish to completely integrate the rock band with the orchestra, and not just have the orchestra be an accompaniment. (Vincent Livolsi, Drums/Percussion/Marimba, liner notes).  In my listening view, he has done exactly that and it is magnificent. 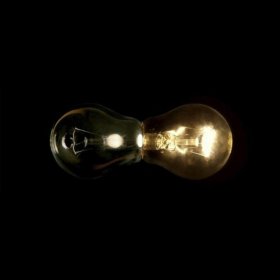 This is not a blurred, fusion, relax and zone out blend. Andrew and the fleet of talented musicians pull you into their world, wake you up from your indifferent head, and interact. This work keeps the listener engaged with every nuance, which change in the parts and the sums, wondering ... What will happen next?

The production is a score that is built, woven with transitions and explosions, only to meld the pieces back together again in a new way for the next movement. The instruments have "conversations" with each other and the listener can only imagine how this unfolding musical narrative can be used in a multi-media or film setting. In fact, it would be wise for a writer to take the pages of this music and craft some characters around it. That's how distinctive the instruments speak out in the defined landscape.

We are a classic rock, fan based website, but we appreciate the influence and history of all music. Listening for the rock influences in this collection was not only fun, but energizing. The contrasts between the light and shade spaces of the orchestra vs. the heavy metal guitar were really exciting to hear.

The album is divided into two installments, Fantasie for Rock Band & Orchestra and The Marimba Trilogy, which is broken into three sub-parts. "Written in descending numerical order, where the third part is actually the first in sequence, as a homage to the rock band Rush's "Fear Trilogy", The Marimba Trilogy is a bit of an anomaly when compared to the traditional marimba literature currently in existence." (Vincent Livolsi Drums/Percussion/Marimba, liner notes).

Most music tells a story. Andrew Rosciszewski's Fantasie for a Rock Band, IS the story.

To the Orchestra, conducted by Andrew Rosciszewski, take a bow. To the electric guitar player on this album, Dave Crum - You ROCK!

For more information on Andrew Rosciszewski's music or requests for its use, visit his website.

Andrew Rosciszewski, composer and bassist, is known for his genre-bending compositions that fuse classical with rock in a colorful, eclectic style that reflects his passion and diversity of a wide musical palette. Influenced by composers such as Shostakovich, Bartók and Górecki, he is intrigued and inspired by the folk music of his Polish heritage. This influence, when combined with his love of progressive rock music, makes rhythm a cornerstone of his works, often emphasizing shifting meters and incorporating song and dance idioms into his classical compositions.

Rosciszewski's music has been performed by the Vermont Philharmonic, under the baton of Music Director Lou Kosma (MET Opera Orchestra), Evening Rhapsody Wind Trio with the commission of "Fantastic Adventure" as well as Musical Chairs Chamber Ensemble, Inc. (MCCE) with whom he has built a long standing relationship. A recipient of the New Music USA Met Life Creative Connections, as well as an ASCAPLUS award, his music has been performed at numerous venues including the Barre Opera House, New York University, Staten Island Museum, Arlene's Grocery, The Bitter End, New Jersey City University and the Philharmonic Orchestra (London) via webstream, amongst others.

Previously recorded releases include "frail'ty" by his progressive-metal band Eyes On Infinity, with whom he participated in the Emergenza Festival (the world's largest international music festival). Rosciszewski is an award winning member of ASCAP and holds a BA from New Jersey City University where he studied composition with Dr. Stelio Dubbiosi.