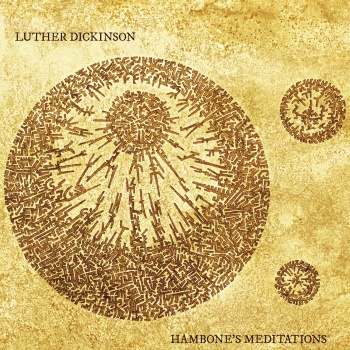 Songs Of The South Records

Editor's Note About John Fahey (1939-2001):
One of the first things readers should understand about this record is that Luther Dickinson stated it was inspired by John Fahey and The Takoma tradition. I read some fan reviews of the record commenting that Luther wasn't playing 'proper blues' and I think this record should be taken in context of its broader vision. John Fahey, who first presented himself to the music world in part as Blind Joe Death (1959) has had an impact on blues, folk and acoustic traditions for decades of music history. He used non-traditional methods of playing, picking, during the mid-1960s, which included "odd guitar tunings and sudden style shifts, rooted firmly in the old time and blues stylings of the 1920s." The writings that describe Fahey name that he started a new genre of guitar music, known later as "American Primitivism," which combined traditional fingerpicking steel string guitar techniques, and applied them to neo-classical compositions. His record label called him "impossible to classify." "His eclectic music included traditional-sounding folk pieces, Indian ragas, blues, and unpredictable modern works, not fitting securely into any specific category but somehow always sounding personal."  (Sources: AllMusic.Com, Takoma Records/Concord Music Group).

1. Death Comes On Wings of Crepe

Written with Jimbo Mathus, this opening song calms the wild rock and roll heart sets the tone for the entire record. It is warm, with a far away tone of historic relevance. Mandolin and national steel guitar are blended in over finger-picked acoustics.

2. Blind Lemon and the Hook Man

This has a walk along sound with references to the Fahey style, because the arrangements start to disperse. Luther uses various forms, bringing deep roots and some ragtime types of sounds into the mix. This track is bright and uplifting. It's a celebration of world boogie, march on to The Meeting.

Whether you are exploring a mountainous range and looking toward the expanse of sky, or sitting on the porch step, waiting for your kid to get off the bus, everyday life and its meaning comes through when you listen to this record. The ever changing verses, like lyrics, speak to the listener, and help them describe what they may be thinking. The music here is present and adds a soundtrack to whatever might be going on in a moment. The ending sort of trips along and skips a bit, on purpose, then comes around to the intro notes, making it seem like a homecoming. These are new innovations from Luther, as he steps away from the rock lead of the Black Crowes and NMA.

Luther Dickinson can play just about anything. We reviewed the Keys To The Kingdom record, which was an All Star masterpiece and still remains so. I have The Word and Sons of Mudboy in my personal collection, along with the wider expanse of NMA recordings, We love Luther Dickinson's covers of roots blues records too. His voice on any track, is strongly distinctive and bellows tradition. To hear him play completely acoustic without vocals was a new sound for a Dickinson fan, but yet, the songs came in quite easily and there seemed to be no transition needed at all.  And Luther was recently asked to cut a 78 record? Record label, Tompkins Square, produced  medleys including "Zip-A-Dee-Doo-Dah/Beautiful Dreamer" on the A side and "Nobody Knows The Trouble I've Seen/Peace in the Valley" on the B side. Luther said in an interview with Honest Tune, that he got to pick the songs. I've got my Dad's 78 player along with his collection of albums. Vinyls never went out of style for some of us. 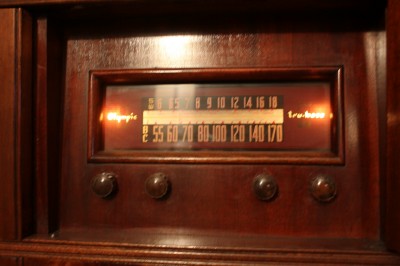 Folk, blues and more ragtime rhythms keep this track upbeat, but grounded. The high and low picking tones of this have the stops and starts that keep you guessing where the tune will go next. Is there some world music vibe in the influence here? Fahey embraced that well before it was fashionable, but showing the roots guitar pickers can easily relate to other cultures with their strings.

5. Tallahatchee (Birds of the Moon)

This was probably my favorite track of the set. I first saw this video pre-release and remembered it because he recorded it in Boston before the NMA show, when they opened for Robert Plant and The Band of Joy. The recorded track is slower and has fewer bass tones, but still both versions are great listens.

Luther takes his guitar and makes it 'sing' out. His guitar weeps, it stops, reflects and speaks. There are extended slides and scratches to the strings with warm undertones that are so real, they bring the listener to admission and reconciliation at the same time. A meditation this is. Dickinson wrote this after losing his father and bringing a daughter into the world in a recent time-frame. Through grief, new beginnings remind us, that somehow, in re-defining yourself again, the place called home never leaves us.  We just have to be open to seek out the broader journey to connect with it.

The new genre that Fahey started came full circle, and Luther Dickinson reached for the ethereal sky on this one. He put aside any lead rock showmanship, dug deep to capture the sounds that came from his guitar as they inspired him during this segment. Pings and pitches catch attention, creating an other worldly feel for the listener as the intro unfolds.

Seeing NMA live, there is a psychedelic vibe that takes over the crowd when the Dickinsons roll out their extended guitar pieces, either electric or acoustic. Cody with his electric washboard is another example. Luther and Cody take the traditions of the deep South and outright respect them, learn them, then teach others how to appreciate them. At the same time, they are not afraid to experiment. This moves all of music forward. With the Dickinson music history, father Jim Dickinson hanging out with rock and punk greats like the Stones and Alex Chilton, Luther had opportunities to explore sound and the global scope of music production. (We are Replacements fans, too). All of the great musicians of our time tried new things, while continuing to promote their educational histories.
Music, still, needs to be a universal language of expression and connection for everyone, especially the artist. Luther wrote this album for his own mind. As he stated in the biography, listed below, Jack Rose invited him to utilize the instrumental guitar for his personal meditations. I hope listeners find it as comforting and inspiring as I did. I listened to this record countless times in my home, my car, on vacation and during long walks. It seems to walk beside you and set a peaceful, yet curious and adventurous, tone to whatever is happening in your day, your life. No, it is not 'proper blues,' but these are meditative songs played by a musician that has been steeped in the blues, folk and rock traditions all of his life. He knows how to recreate music forms, but in following John Fahey's Takoma tradition, Luther Dickinson is experimenting with being 'unclassifiable'. Now he is playing for his own soul and generously sharing it with the world.
~Rock on, Luther, we're listening. 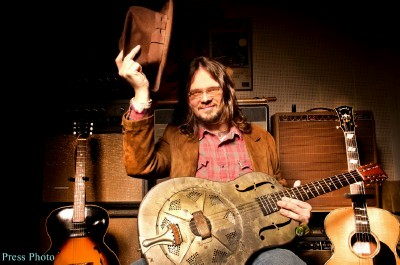 "I grew up on John Fahey," says Dickinson. "Hambone's Meditations is in his Takoma tradition, but it was Jack Rose who made me realize that the medium of instrumental guitar was there for me to utilize. It had never occurred to me to try it myself and it was a satisfying relief when I did. I write musical ideas all the time and writing this record felt as natural as breathing. This record was very timely in my life as well. My daughter was just an infant as I wrote this material and I was still meditating on my father's passing. The music fit the mood of the Mississippi winter of 2009."

Luther released three records last year (May 8th, 2012). Hambone's Meditation and The Wandering (with Shannon McNally, Amy Lavre, Valerie June and Sharde Thomas) was released on the North Mississippi Allstars label Songs of the South. Old Times There... (and the South Memphis String Band, with Alvin Youngblood Hart and Jimbo Mathus) was released on Memphis International.

Luther Dickinson was born in western Tennessee to parents Mary Lindsay Dickinson and famed Memphis producer and musician Jim Dickinson.  The family moved to the north Mississippi hill country in 1985, where he and his brother Cody grew up going to Jr Kimbrough's juke joint and Otha Turner's fife-n-drum goat BBQ picnics. He and Cody started the North Mississippi Allstars in 1996 playing Hill Country Blues inspired "Mississippi RocknRoll." RL Burnside hired him to go on the road in 1997 and he has since toured all over the world from Russia to Japan to Australia. Rolling Stone called him one of the new guitar gods of his generation.

Dickinson made his recording debut at age 13 on the Replacements record Please to Meet Me.  He went on to record with Mojo Nixon, Beck, Toy Caldwell, Billy Lee Riley, Lucero, John Hiatt, Mavis Staples, Jon Spencer, Ry Cooder, Lucinda Williams, Spooner Oldham, Levon Helm, the Dirty Dozen Brass Band, George Porter, and a host of others. In the mid 1990s, Luther produced Otha Turner's albums Senegal to Senatobia and Everybody Hollerin' Goat (named one of the top 10 blues records of the '90s by Rolling Stone).

He began recording and touring with The Black Crowes in 2007 until they went on hiatus in 2011. In 2011, as a member of the Americana Music Award house band Dickinson backed up Robert Plant, Patty Griffin, Gregg Allman, Amos Lee, Justin Townes Earle and many others. As a member of the North Mississippi Allstars, South Memphis String Band and The Word, Luther Dickinson has made himself widely known as both a talented musician and as a producer with four Grammy nominations — three in the contemporary blues category and one in traditional folk.

You can purchase Hambone's Meditations on Amazon or the North Mississippi Allstars Band Website.

Thanks for stopping by!