Joe Bonamassa: An Acoustic Evening at the Vienna Opera House 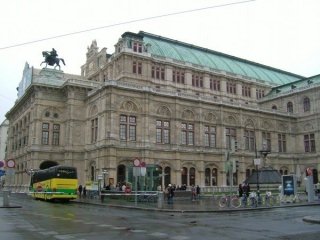 An Acoustic Evening at the Vienna Opera House

New York native and professional blues-rock musician, Joe Bonamassa, does not take one thing about his career for granted. "It's a combination of God's gift and work ethic," Len Bonamassa has said of his son's talent. "He's got more miles on a guitar than most 60 year-olds." As a result, his childhood dream to play the Royal Albert Hall in London was fulfilled on May 5, 2009, marking one of many milestones along his lifelong journey in keeping the blues alive.

In summer 2012, after coming off from a seventeen-week, world solo tour, Bonamassa returned home to Los Angeles, California. Within seven days, he had recorded 'Afterglow' with the hard rock, super-group, Black Country Communion; collaborated with L.A. songstress Beth Hart on a follow-up offering to their 2011 soul-classics covers album 'Don't Explain'; and rearranged two dozen acoustic songs for his next musical adventure: An Acoustic Evening at the Vienna Opera House.

The invitation to headline at the historic venue during its scheduled three week hiatus from classical music programming is one opportunity Bonamassa could not pass up. Once again, he boarded an airplane and traveled east, landing on Austrian soil nine days in advance of the July 3, 2012 taping.

"To say this was a challenge is an understatement. To say this was a departure from anything I had ever done before is an even bigger understatement," he writes of the experience. "On this tour, I really learned the virtues of my singing lessons over the years. Take away the long guitar solos, all that sustain and that big Gibson sound, and what's left leaves you no option but to dig deep and sing until you can't sing anymore." 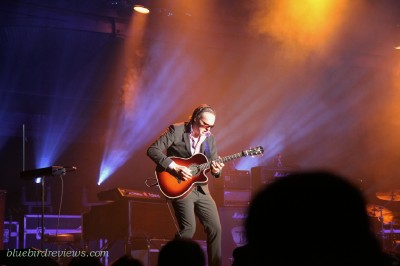 In the months preceding this purely organic production (one without cables, electric pickups and amps), producer Kevin "Caveman" Shirley worked behind the scenes to assemble a brand new band to back Bonamassa. "It's a bluegrass gig, essentially," says Joe of the project. "They're just not from Kentucky." What's more mind boggling, these musicians met for the first time on June 25, 2012 and had 72 hours to rehearse the new material.

Tall tales of rustic America, slow trains and dust bowls, coalminers and cottonfield pickers, conflict and courage, right vs. wrong, dreams of going home, and new beginnings are not new plots for Bonamassa. Peruse the 13 albums he has released since 2000; there's an abundance of acoustical and instrumental narratives interspersed throughout an otherwise predominantly 'plugged-in', heavier blues (rock) catalog. "I never got around to it, to pull it off correctly," Joe offered as his rationale for not incorporating such song choices into his live shows before now.

His version of modern blues is an amalgam of history, of worldly culture, of a melting-pot-America. "The instrumentation never allowed us to explore it," he adds. Nonetheless, Bonamassa's style of 'whitemans' blues--a splendidly warm, smooth, smoky tone, add credibility to each accounting of heartbreak and despair, triumph and victory. And despite never achieving one radio hit song, the artist is a seasoned singer, songwriter and composer. The audible proof is on this soundtrack.

When the bright lights rise up and shine on center stage, an empty chair is flanked by 12 guitars (Martin's, Gibson's and the infamous Grammer Johnny Cash, to name a few). Soon the platform is filled with all five musicians, who uniquely blend bluegrass, folk and country flavors into fan favorites Palm Trees, Helicopters and Gasoline, Dust Bowl, Athens to Athens, Driving Towards The Daylight, Stones In My Passway, Ballad of John Henry (to name a few). From the first note, the listener is transcended to another place in time, a distinctive era, where wild-west saloons, caravan-traveling burlesque shows, jug bands and barn dances were the norm. Deserving of display at the Vienna Opera House, the musicianship is sophisticated, powerful and emotive.

I suggest, to reap the full impact, please allow extra time to view all 22 tracks in one setting.

9. The Ballad of John Henry

11. Driving Towards the Daylight

15. Stones In My Passway

An Acoustic Evening at the Vienna Opera House, beholds a treasure trove of Americana and worldly appeal. Music connoisseurs will want to add this recording to their "Best Of" home collection. 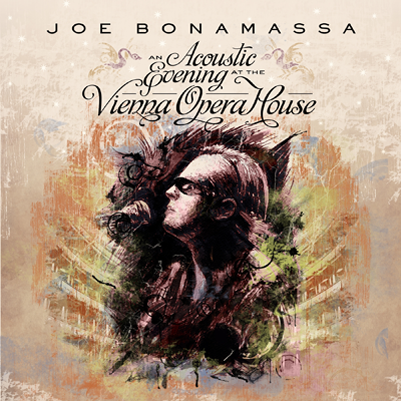 An Acoustic Evening at the Vienna Opera House is available on BluRay, 2 disc DVD and two disc CD, at most large music retailers, on-line music websites, and through the artist at