Sevendust: Black Out The Sun 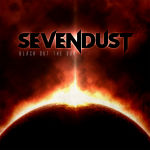 Whitey has been a bass player and songwriter for years. Living in the Hudson Valley, he is now in a roots rock band called THE TALL WEEDS. With a long history of playing classic rock, metal, punk and folk rock, he is our resident new music expert and just happens to love SEVENDUST. Here is what he had to say about Black Out The Sun.

The latest effort by the band SEVENDUST is called Black Out The Sun. As a die hard Seven Dust fan, I gotta say they delivered another great album. This album stays much more true to their early sound, similar to what can be heard on their second album 'HOME," and their 3rd album "ANIMOSITY". Their last album was the first effort by the band with the return of original guitarist Clint Lowery. That album, "Cold Day Memory," seemed to take a lighter approach to the music.

Black Out The Sun is back to that "in your face" driving rhythms with very melodic choruses that have become signature in SEVENDUST music. With a nice acoustic start to the album with the first song "Memory" it leaves the true Seven Dust fan wondering what's next. As soon as the second song "Faithless" starts I knew I was in for some good old SEVENDUST metal.

Black Out The Sun takes you thru a musical journey of driving rhythms, killer drum playing , and singing that varies from strong melodic choruses, heavy screams, and soft spoken heart filled verses. The band released the song "DECAY" as a sneak preview of what this effort had to offer about a month before the full album was released.

"Decay," was released to radio and made available for download at online retail outlets January 29.  It's already in the Top 20 on the BDS and Mediabase Active Rock charts. "Decay" recently premiered on Billboard.com:

My personal favorite is the title track of the album. The last song on the album is called "Murder Bar," which was written about a bar across the street in jersey where SEVENDUST recorded the album.

This album ROCKS and is a must have. See SEVENDUST live to really take in what this band has to offer. I have been a fan since their first album made it to the air waves on New York's 92.3, and have seen them live a bunch of times. I have never been disappointed with the productions of this great band, and this new album is AWESOME!!!!!! 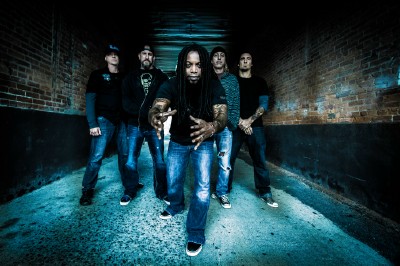 SEVENDUST--Lajon Witherspoon (vocals), Morgan Rose (drums/vocals), Clint Lowery (guitar/vocals), Vince Hornsby (bass/vocals) and John Connolly (guitar/vocals)--self-produced and recorded the new album at The Architekt Studios in Butler, NJ with the help of mixer/engineer Mike Ferretti (who also worked with Lowery and Rose on CALL ME NO ONE's debut album, LAST PARADE, which was released June 5, 2012 on 7Bros Records).

SEVENDUST recently wrapped up their first batch of headlining tour dates to promote their highly
anticipated ninth studio album, BLACK OUT THE SUN, which was released March 26 on their 7Bros. Records label (through Warner Music Group's Independent Label Group).  After doing a handful of dates with Lacuna Coil and Candlelight Red, they'll embark on a co-headlining tour with Coal Chamber starting March 28, concluding April 28.