One Less Reason: A Blueprint for Writhing

Details
Written by Bluebird
Published: May 06 2013 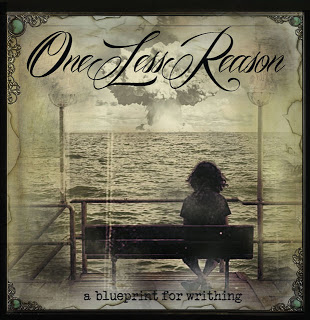 One Less Reason: A Blueprint For Writhing

"Deep, meaningful, hard rock. One Less Reason songs are more lyrically heavy than musically heavy, and there's always a message. It's all based around those four letter words - love, hate, pain, hope."

The post-grunge era has given us a wealth of experience with rushing guitar work, and an embracing of the raw.The quality metal bands can produce amped up volume rock, while keeping the tone accessible.  Keeping lyrics ethereal and even soulful, while reaching new creative heights in loud, is often a great balance to strike for a heavy band. The contrast of soaring guitar, impact vocals and lightening drums, to set the background for a gripping lyrical song, is what can really bring an audience into the fold. We all deal with good and evil, relationships, and the cycle of life. We have questions in our heads each day, whether we are aware of it or not. Lyrics put words to these thoughts and music captures the emotions simultaneously. One Less Reason does all of this. With power and intellect, the band clearly sets themselves apart in their new record, A Blueprint For Writhing. After leaving Universal Records to self-release their own productions, thousands of fans supported their latest project so the band could follow their creative souls. The result?

In a word, A Blueprint For Writhing is STUNNING. (Ok, so you want another word?)

A Blueprint for Writhing is RIVETING.

The current line-up of One Less Reason is: 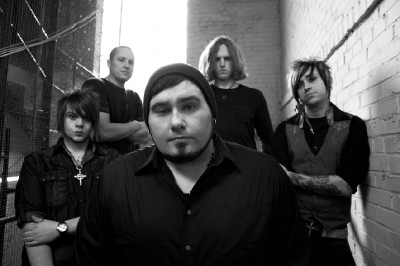 Six songs. Every track is different from the last. This record not only rocks, it's intelligent and stand alone art. Packed with slow piano pieces, ballads, piercing edgy metal guitar riffs, real harmonies and rhythm guitar lines, this collection will move you. The drum sequences are dramatic and theatrical. The production of this CD is pristine. Detailed in its layout, song design and careful consideration for not only what is heard, but the spaces in between, this band is set to a higher standard of writing. Lyrics are exact in matching, mirroring, how both sides of an intensely close relationship would feel at various stages of connecting. Responsibility for yourself, your position in the state of affairs when you interact with another human being is taken on, bold and strong. There is no escaping that pushing through guttural pain, loss of connection, and coming to the other side leads to better ethics and the wisdom of experience. This record has a message that is subtle in a line of steps, one song at a time. If you listen to it in its entirety, it is about appreciating those you love, and taking the heat to be honest with them, no matter what stage of relating you happen to be in at the moment. Sometimes letting go requires the strength of a lifetime. Pain is experienced head on, accepted, spoken, and moved through.  Inspiration comes from within and the strength that you define. The release is an ever lasting bond. Perfection. Metal fans will not be disappointed in this record. General rock music lovers will find this smart, talented twist on power ballads and high stakes rock tunes exciting and engaging.

Quiet things are balanced with loud things. Vulnerable vocals from Cris Brown speak to the others' experience, while explaining his own. "All Beauty Fades" escalates from a soliloquy to a full force metal track within seconds. The bridges are sweeping, using guitar acoustics, creative drum effects and then again to blow down the walls with refrains that match the emotions expressed.

This had some funk pickup, a steady, in your face, straight line of heavy rock. It needs to be strong, because the lyrics speak to a commitment to being present no matter what the other person does, even a million miles away. The song does not waiver from its promise. It's on message in words and musically.

This song could be in a movie - or it could BE the movie itself. It is truly riveting. The effects, background beats, the way it builds, makes it an epic that unfolds. Glistening strings show up in the middle of the track with whispers, that explode to metal screams and crashing drums with most high guitar solos. Then, the track elegantly exits as it winds down, the narrator slowly walks away, the movie ends, credits are rolled.

Traditional head banging is right here with "Never Let You Go." Still, One Less Reason never abandons its connection and message. The metal range of the roof is raised, vocals are lean and mean when they have to be, melodic when the time is right, while rhythms and harmonies connect the dots. If you listen to the fade out, there are some interesting plays with improv to discover!

This track is as impressive and creative as a Peter Gabriel song, or a cool tune from TV On The Radio. The contrast of vocals, tension strings and clear view to the soul has impact. It reaches out and slowly invites you in. As the tune marches on, it pulls you more and more into the thick world of relationships. The piano work bridges to a marching drum set and Blair's vocals are brought into the spotlight as an equal. Featured on MTV and CMT, it's a beautiful duet built on a foundation of solid rock.

Sharing prior stages with Shinedown, Seether, OneRepublic and Fuel, One Less Reason has mastered the metal scene and now taken it to their own level. The swirling guitar that wraps around the dark bass lines is a foreshadowing of what's to come in "Blueprints." The song brings everything to the front of the listening stage and hammers it out at full volume with a steady hand of hard rock. A lot of heavy bands express anger and leave the listener to deal with what's next. One Less Reason's lyrics are real to life, but in dealing with darkness, never forget where the real power originates.

One Less Reason's new release,"A BLUEPRINT FOR WRITHING" was self-released on 12-26-12 and is their latest effort. It is a follow up to their 2010 album, FACES AND FOUR LETTER WORDS that charted in the Billboard Top 20 and spurred several singles FACES, DISAPPOINTED, SEASONS and IF YOU WANT ME. The band is very DIY and have sold over 500,000 digital downloads to date.

In 1998 a heavy rock band called Lappdog was formed in Jackson, Tennessee, USA, by Cris Brown and Jerome Hubble. In 2002, and after various band line-ups, the name was changed to One Less Reason. It was at this point that Cris Brown decided to develop a more melodic rock sound. This change of name and direction has served them well ever since. In 2003 they briefly signed with Universal Records, but felt the major label system was not right for them. They parted ways in 2004 and thankfully managed to regain control of their catalogue of music.

Since then they have self-released 4 albums:

In 2011 a small independent label, Arsenic Records, released a new version of FAFLW which was produced by Chris Henderson of 3 Doors Down. The band has sold over 500,000 digital downloads to date. In 2012 the band received a Gold Record Award for sales of 'everydaylife'. An amazing achievement especially in today's difficult music market. Their music has been featured in a promo spot for CSI:Miami and the feature film 'Hero Wanted'. They are devoted to their fans (and vice-versa) and built up an incredible 148,000 fans on MySpace before migrating to the more user friendly Facebook.

From The Vacant: After the terrible storm, SANDY, struck the northeast, the band had shot a video for their best track on the EP, a song called "Uneasy". They donated all proceeds of the single and video views to their chosen charity, for those affected by the terrible disaster. It's bands like this, that help us appreciate the meaning and healing power of music.