Woodford Way: There And Back 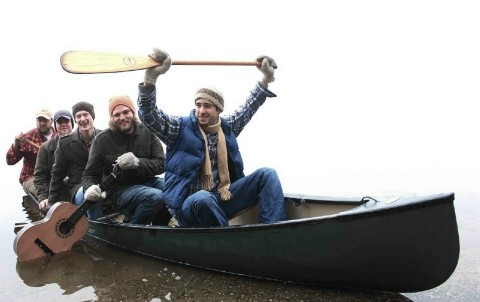 Label: Take This To Heart Records.

Woodford Way is a folk/jazz ensemble from Western MA, teamed up by guitarist/singer songwriter Kyle Mangini, and guitarist/ vocalist Jeff Lynch. For this record, There And Back, they enlisted the talents of producer/bass player Eric Arena, Riley Godleski on drums, and Tim Lynch on percussion. Recording their brand at Zing studios in Westfield, MA, Woodford Way is for the first time as a 5 piece folk act.

In the flow of new artists who are trying to force a statement or make a bold comment on today's (still yet to be defined) music, Woodford Way comes downstream with an organic take on what moves them naturally. Fans who enjoy singer-songwriters of the 1970's-80's, such as James Taylor or Paul Simon, will welcome Woodford Way's casualness, warm vocal tones, and easy going accessibility, while contemporary acoustic players such as, Jason Mraz and Jack Johnson will find them steeping cups in their coffee house. Listen closely though, as among the breezy quips and lullabies, there are some meaningful themes and a few note bending guitar sessions. This folk-jazz duo used a new production team for this record. The sounds are blended with some arrangement work that pushes the edges of what you'd expect to hear in such a collection. 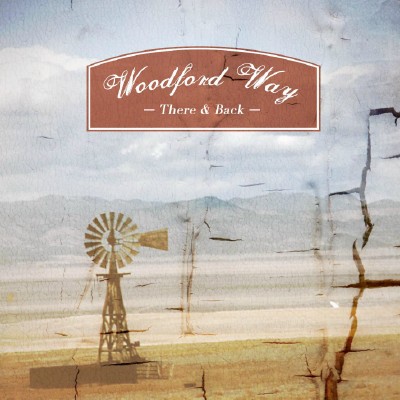 What would happen if John Mayer and Stan Getz shook hands? James Taylor has been a straightforward comparison for this duo. If it's smooth singer-songwriter serenades you are seeking, for a backyard summer vibe, Woodford Way can be a easy addition to slip into your music collection.

There is a Jim White mystery that lurks within the chords on the arrangements, so it's interesting, yet the whole album is fluid and accessible, even to a casual listener. Blending the sounds for texture is the approach here, with a sensibility that is reminiscent of the singer-songwriters of the 1970's-1980's.

What if Paul Simon hung out with Jason Mraz, and instead of Central Park, they were groovin' in the streets Northampton, MA or at the rose gardens of Westfield? Julio in the school yard may come across Santana in some tracks, as there is a world beat going on in the background of some songs. The vocals remind me of a Maroon 5 tune, if we were going to go pop famous, what was the name of that guy in Maroon 5? I don't remember. I don't listen to the radio.

What surprised me was the direct hit of blues guitar and references in this collection.Woodford Way puts a blend of blues application to an otherwise generalist approach to singer-songwriter lyrics was a burst of surprise for new summer listening.

Woodford Way's openings are 'thick'. They are warm, take their time, fill the room, and your ears with an expansive sound and mood. Inviting. With organ background, shimmer guitar and drum kit highlights, it is an album you can put on your music player and leave to run through the playlist, creating a very casual mood.

Piano comes back in and a fun, jazz lead comes through with City Line. This is a great driving tune and a slight harmony effect makes the song full of life.

A sultry jazz piece with a lovelorn character who has the sentiment of Billy Holiday's "Don't Explain." No matter what the subject does, the narrator will be there if called.

Spare strings lead, and underline the vocals on a cloud of cymbals. Loneliness is described moment by moment and a slow pace is the only speed to see it. The natural rebound comes in with some guitar work that makes the tune upbeat as it unfolds. Harmonies and calls to the mountains bring solace.

Running water harmonies ring and in the second to last track. High stakes drum sticks tick away as the speed picks up. This is a heavier song, added to the mix and highlights some of the guitar licks thrown in for good measure. Stop on the dime timing helps keep the instruments contained and pointed. Do you hear the sound of the soda can?

Charlotte's Lullaby has a casualness to it, that could lull anyone to dreamland, child or adult. Folk music keeps simple things as they should be. Ordinary things are observed and spoken about in song, which elevates them to folklore, yet keeps their material relevance. Many folk artists do lullabies to their own children or just for the listeners' sake. Paul Simon wrote "St. Judy's Comet" and it is one of my favorites. Woodford Way's is sparse acoustic and more of the Jason Mraz style. It is brief with just a few nightime references as the lyrics collect several thoughts and images of childhood that might be floating through the mind of the sleepy listener.

Northampton, MA based indie/folk band Woodford Way released their 3rd full length entitled "There & Back" on May 28th via Take This To Heart Records.

Playing at various venues all over New England as a duo, Woodford Way has already created a cult following that is spreading like wildfire throughout the Berkshire area. After recording their acoustic duo album "The Road", Woodford Way enlisted the talents of producer/ bass player Eric Arena, Riley Godleski on drums, and Tim Lynch on percussion, to fill out their sound. Recording their brand new album at Zing studios in Westfield, MA, for the first time as a 5 piece folk act.

This premiere line-up brings a new dynamic to Woodford Way, as it's the first time they have had the chance to work with a producer on arranging and crafting the feel of their songs. "Having Eric and Riley on board really added so much to the band and kept me on my toes", Kyle says about adding the new members. "This was something Woodford Way was looking to do for years and it's our best work to date".