Don't let his bashful, adolescent expression mislead you. Ray Goren, a 14 year-old guitar prodigy from California, has the potential to reinvent any genre he explores.

"By the age of five, Goren was already playing his favorite tunes by Thelonious Monk, JJ Johnson, Miles Davis, and Oscar Peterson on a keyboard.

A few years later, while searching Youtube, Goren stumbled on a clip of BB King, Eric Clapton, Jeff Beck, Buddy Guy and Albert Collins playing together," reads Goren's press biography. "After talking his parents into getting him a guitar, Goren found his calling."

What's more, the young artist has played all around the United States since he was 10 years-old, performing in front of thousands of music go-ers at big draw events like Detroit Jazz Festival (2011) and Doheny Blues Festival (2012).

In the video clip below, Goren is eager to demonstrate his skill set and explosive player style, having studied the greats in Albert King, Stevie Ray Vaughn and Otis Rush.

Notice how Goren tosses back his head when he hits those sweet notes, in the way BB King does? This can only mean one thing: Goren's soul is baptized in the blues!

The recording of LA Sessions was Ray Goren's destiny all along:

One night, at his own gig at Lucy's 51 in Los Angeles, Goren's world changed, forever. Standing in the crowd of on-lookers was legendary producer Eddie Kramer (Jimi Hendrix, Led Zeppelin, Kiss).

Since their meeting in 2012, the pair have developed a "profound relationship" with Eddie taking the role of mentor: attending rehearsals and live performances, while guiding the teen through "experimentation with other musicians." 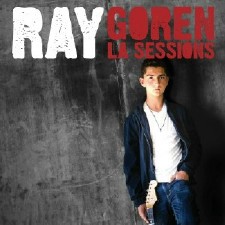 From first to last note, LA Sessions, is a hit parade, with Goren strumming to his own beat, as the young composer cleverly integrates jazz, rock, pop, rhythm, and blues elements into one distinctly modern soundtrack.

"You Gotta Learn" is an exciting opener. It begins not as I would expect, in a jazz/traditional pop groove. Nevertheless, the tempo is the ideal template to showcase Goren's smokey, soulful timbre. Then, quickened drum and bass lines evolve the melody to more of an urban, R&B appeal. Soon, the pre-hook, "Do...do...do...do...do," becomes the primary focus, for me, as Goren's already pleasing vocals are magnified by soul-influenced background singers in Lisa Banks, Rose Stone and Gene Witherspoon. Their delivery is smooth and infectious, a quality that lures the listener to sing a long. But suddenly, the singing doesn't matter, when Goren launches into a one-minute, power-driven, blues-rock solo. The player's command of the six string involves increasing swells of feedback and whammy bar distortion, that build up kinetic tension before giving way to a guitar shred explosion. By the end of the song, my head shook in disbelief, "He's only 14!?"

The first of two sentimental ballads is "Memories." Goren's phrasing and deep lyrical meaning are effective. As his lower register underlines each syllable, he instills the song's emotions in the listener:

"You know what I can't say

The heart of the problem is too far away

Her soul will be found

And she won't fly away

To the sky, oh that sky"

And Goren's intensity during the solo reinforces those emotions further. This number is as good as it gets on today's Top 40 Radio and should attract a wide-ranging fan base.

The snappy, pop-driven poem of "Weight of the World" brings out the youthfulness of Goren's vocal tone, alongside bursts of catchy guitar licks that give this adolescent message room to soar:

"How much love does it take before its considered love

And what does joy really mean, I can't tell you much

Wake up ,water on your face! That's how these days go by

Track four, "All She Needs Is Me," sees Goren return to jazz-infused, rhythm and blues theme, as delicate waves of synthesizer notes drift in and out to create a soothing, romantic nuance. Again, it's Goren's soulful, lower register and vibrato that breathe life into each word, each verse, leaving it star-struck - aloof. I would wager--if Goren had been one of the finalists on this season's American Idol stage--his intricate vocal runs and scorching solo work would have rendered judges Harry Connick, Jr., Jennifer Lopez, and Keith Urban speechless. I hope the public agrees: this song's a masterpiece.

The last number "Stop Waiting," is an up tempo, blues-rock ballad that will leave you wanting more from this up-and-coming artist. Just one more!

Thank you to Ray Goren, for the opportunity to review LA Sessions. Ray is a tremendously talented singer/songwriter and musician the world will fall head over heels for.

Lastly, I am reminded daily, "The earth has music for those who listen." (George Santayana). LA Sessions is an impressive collection of contemporary tunes, destined to please the most diverse music palate. I was thoroughly entertained with each listen, and look forward to following Ray's career for years to come. 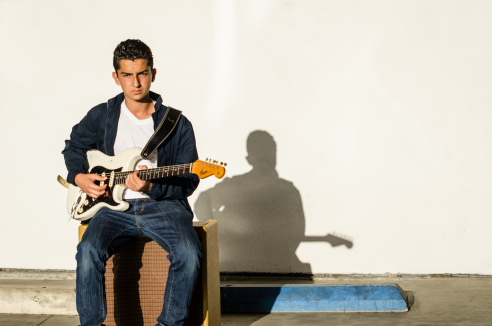 For more on Ray Goren, his music, tour schedule, social media and more, CHECK OUT: