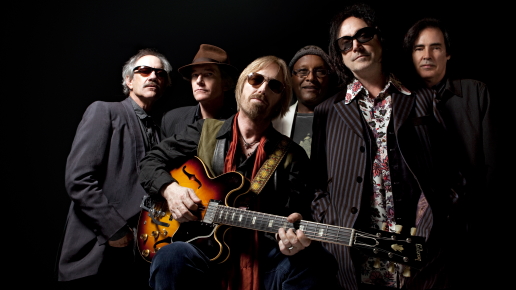 This is a really exciting release from Tom Petty and The Heartbreakers and we are honored to preview it. Early press from Rolling Stone and others have said this record was a revisit to Petty's first two albums, Tom Petty and the Heartbreakers  (1976) and You’re Gonna Get It (1978). Just a look at the cover art and it is reminiscent of long running LP's that we classic rockers cherish. Album rock is back. However, Petty continues to take this history and move it forward, bringing all of the writing experience, independent attitude and new inspirations right along with him.

Singles were available last month and fans grabbed on to the solid foundation of classic rock that continues to be Tom Petty and The Heartbreakers. His vocals sound as solid as they did back in the 1970's, with the warm textures and unique tones that are signature Tom Petty. The Heartbreakers rock out in this 13th release, the 2nd album in the last 12 years. Petty told the LA Times, (who now consider TPATH an LA BAND!)  that they worked on the record between tours and were newly inspired by young rock bands. This new album is not as thick with blues as Mojo, but there are some gems that go right to not only blues, but roots. Tom Petty fans can be reassured, the Mud Crutch days are still in our midst.

Campbell's low range guitar is most striking on this first track. It is lean electric blues rock, with muted echoed effects on the vocals. A great opener for the listener, it commands you to attention. Petty is current in describing the struggles of Americans today, and gives them a second wind, and a second chance, to find that dream again.

"I've got a few of my own fault lines, running under my life."

Here comes the hypnotic eye. This song is a masterpiece, unique and charmed. I can imagine it watching a psyched out crowd dancing frenetically as this song blares live on tour. It's fast paced, patterned guitar, with Steve Ferrone's drum cymbals coming furiously through the song and it stops at intervals, leaving you hanging off a cliff, only to bring the ground back into focus a second later. The production mastery shows itself as Petty's vocals are placed exactly where they need to be. All out distortion flares come through as underlines then straight out blues rock rules. Listen closely, Scott Thurston gets some harp time in, great song!

Red River tells a story that has religious overtones about passion and connection, self reflection. There is a dreamy solo near the bridge that kicks it out to a screaming guitar signature rouse that highlights the intensity of the song.

"And there's laughter on the hillside, from voices far away.

How am I gonna tell her that I love her, when this might not be the day?"

It's the spaces in between the notes that often make a song powerful. This song is timeless. A keeper, as the guitar wraps around the chords and gentle piano backups sparkle. It is worth repeated listens, and definitely one of our favorites on the site. This is rock meets jazz, Petty style. Sultry and well paced, Petty has found himself at last for sure. With individual style intact, he slips into a muse role of vocal soloist. Petty keeps his low dipped tone, which reminds us that his signature sound will never abandon us, even when he takes on different forms.

05 All You Can Carry

Campbell marches out great hooks on this album, with some elated solos that rise above the whole track on this song. This song has a lot of high energy and shows band cohesiveness.

"Can you see me against the sun, crying out to reach someone?"

A song with a story to tell. You'll wake up tomorrow wanting more.

A high wire act. It swings from the rhythm rafters and glides. The entire record is so enjoyable to listen to, simply because of the double rhythms and signature guitar licks that can only come from Tom Petty and The Heartbreakers. Forgotten Man is a verbal punch that's up to any challenge. Tight guitar work here with power chords bridge Petty's echoed vocals for a great harmony refrain. Benmont Tench shows his acoustic mastery and it jams. This is Tom Petty and the Heartbreakers as you've always known them. Fans will not be disappointed in this record.

"All those things that were hidden away, ain't so bad in the light of day ..." "You said you loved me wish you liked me more ..."

A ballad of love's confessions, floating guitar lines and metronome times keep the ethereal track light. This is a psychedelic high with a mellow flow of dreams.

It was great to hear Ron Blair's basslines come out and take the lead on this track. Fun and almost funky, Petty cuts through the peaks with harmony monotones that balance out the song and keep it steady rock.

Oh, some smooth blues and a little harp bring you in to some Delta traditions. Yeah, Tom Petty brings up the back of the caboose with a midnight train of story telling blues. Tench's piano jive sets the mood of a dusty club, with Scott Thurston on the harp! You better leave a tip in the jar for these hard working- and thirsty musicians. They've got something to say, for sure. It all closes out with Ferrone's thunder drums and Campbell's power chords to make the blues turn back to blues rock. Great song.

If you can imagine the people Tom Petty has met, both in bands and on the road, there is some wisdom to be told. "Shadow People" is a question to examine the intentions and character of others. Stay in tune, beyond the fade out, with Petty for a hidden lyric that comes at the end.

A little bonus for the listener,

Hypnotic Eye has a theme running through it of using multi-level tracks, of various sounds and genre styles, with the throwback to great classic rock albums of the 1960's. It's full, well rounded music that you can really connect to, ranging from classic rock, to blues and jazz, as well as ballads and soulful lyrics. The lyrics make commentary on people and society, love and relationships, with the core of it, personal exploration and facing yourself first. Tom Petty and The Heartbreakers bring wisdom and experience to the record, with traditional blues forms, updated to rock status, while keeping that warm Petty vocal which has an undeniable texture that makes Tom Petty such an accessible music hero to fans worldwide.

Our press copy did not have the bonus track, "Playing Dumb" that fans will receive with their album purchase after July 29th. Tour advertisements are reporting that every concert ticket will get a free copy of Hypnotic Eye. Check the band website for details. 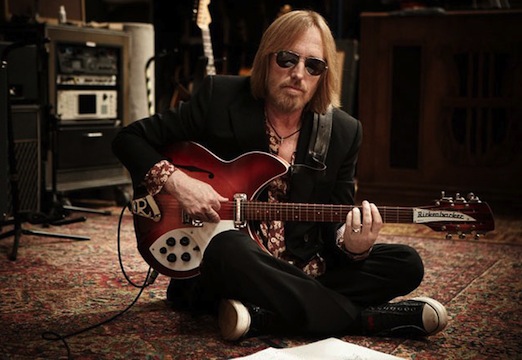 Rock ‘n’ Roll Hall Of Fame inductees TOM PETTY AND THE HEARTBREAKERS released their debut album in 1976. They have since sold more than 60 million records. Between the Heartbreakers' recordings and his solo work, Tom Petty has won two GRAMMY awards and been honored with lifetime achievement awards including induction the Rock n Roll Hall of Fame, Billboard's Century Award, and MTV's Video Vanguard Award. Tom Petty, with the Heartbreakers at his side, has become a rock and roll icon lauded by fellow musicians and music lovers worldwide. Tom Petty's Sirius/XM radio show, Tom Petty's Buried Treasure, is one of the most beloved and popular shows on satellite radio. It features Tom Petty spinning favorite tunes from his extensive private music collection.

Tom Petty and The Heartbreakers LINKS: