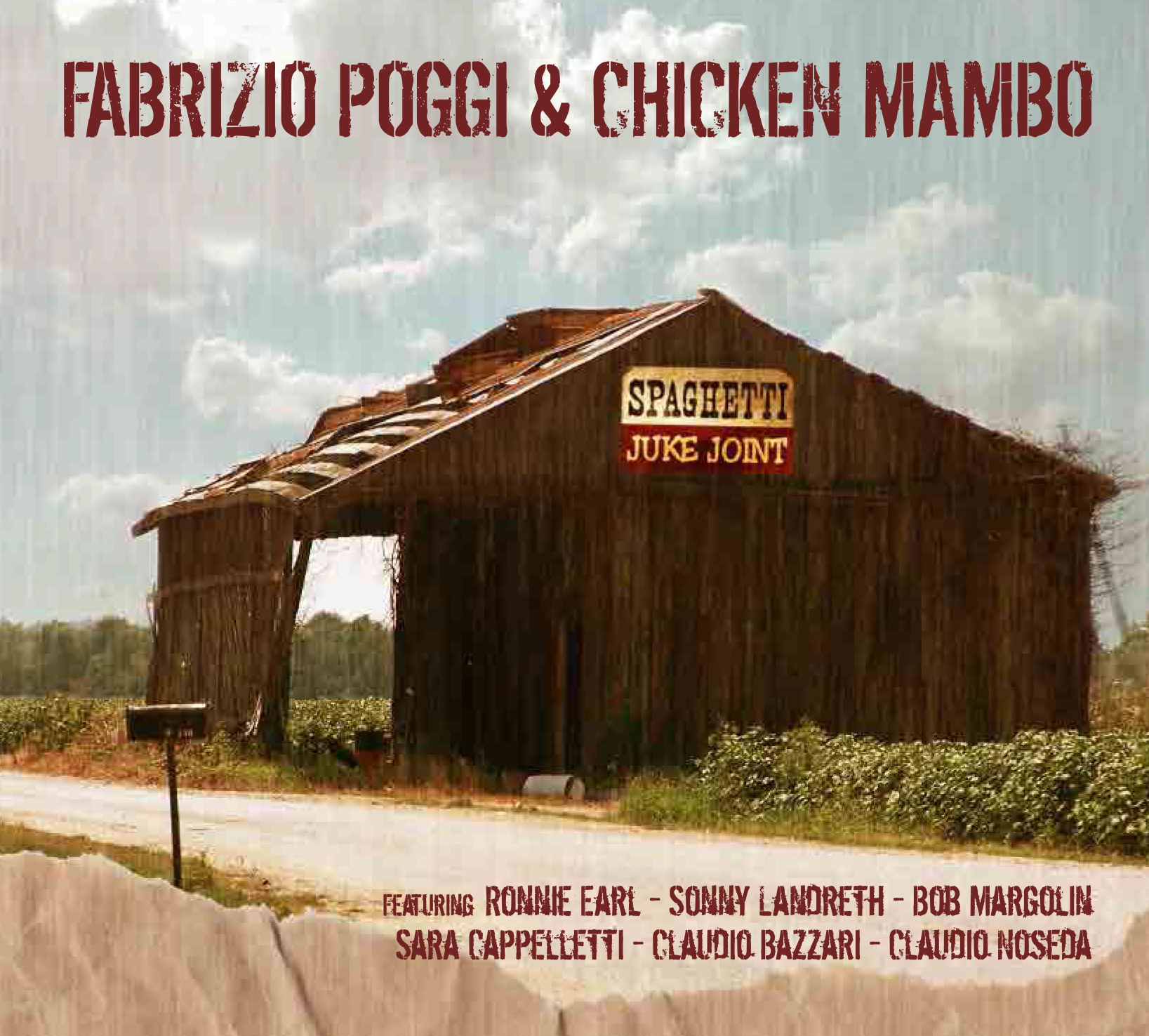 When a new record by Fabrizio Poggi is released, the heartbeat of every blues fan of the genre begins to pulsate faster, as the sound of Fabrizio's harmonica.

Spaghetti Juke Joint is a tribute to those Italians who emigrated to America in search of work at the end of 1800, in the plantations of Mississippi and and that maybe, who knows, as some urban legend recalls, may have really opened a Juke Joint somewhere in-between the cotton fields. The disc itself pays homage to the genre in full 360 degrees. The sounds and rhytms that run through the record are suspended between the Delta Blues sound of Sonny Boy Williamson, the best period of the English blues masters such as Rory Gallagher and the blues rock of titans like Canned Heat and the late great Johnny Winter.

The ability and class of Poggi seems to remain intact over time and never tarnished by all those years on the road; his energy and passion to play the harmonica are truly unique and a treat to any music lover.

The Chicken Mambo constitute, as always, a solid backbone that takes the listener through a half-century history of the blues in this energetic and wonderfully crafted new record. To complete an album of great intensity and artistic stature as this, Fabrizio Poggi welcomes huge stars of the Blues firmament as Ronnie Earl, Sonny Landreth and Bob Margolin, just to name a few, as Special Guests on his new record.

SPAGHETTI JUKE JOINT is released by Appaloosa Records and is available on www.appaloosarecords.it or www.Amazon.com.

About Our Author: Giovanni "Gio" Pilato is an Italian music writer, who has been living in UK since 2002. With an enormous passion for music, and life in general, his interest in the communications began at 11 years old. He worked briefly for local radios in his youth and did a one-off radio show on 2007 on the glorious BBC 6Music Radio station in England. Gio started his freelance journalist career in 2012, with Italian artists, and is now mainly focusing on Worldwide Blues Artists. To follow Gio Pilato and his all cool radio show, Visit: (RTL 102.5 Cool (Webradio)):  http://www.rtl.it/Cool