Don't Forget Us - A Bad Think 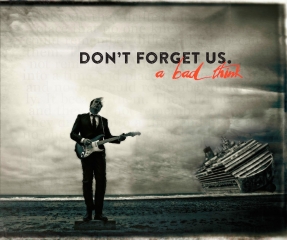 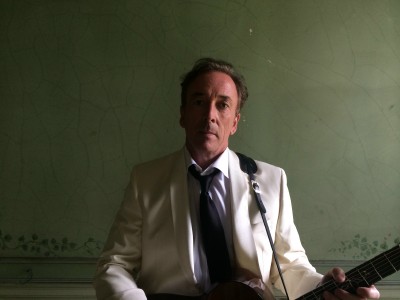 Michael Marquart, aka, A Bad Think, is certainly a unique artist. His rock-enter style has always been full of finesse and masterfully executed and his 6th release, Don't Forget Us, although an EP, is no exception.

After the 2014 Grammy Nomination for Rock Album Of the Year, the temptation of creating a commercial and radio friendly album must have been massive for the hugely talented Michael. Instead, A Bad Think put together on this new record, a marvelous music jewel made by seven gems that travels across different states of mind and music tempos.

One has the feeling Marquart is just following his instinct, whilst composing, not following a direct straight line but applying different variations to his work. This approach enriches the album in itself and allows the listeners to take advantage of the full versatility of this extraordinary musician. The instrumental closing Who We Are is, perhaps, the most surprising track of the record; a delicate tempo that run through the whole track, the perfect fade-out to this little, but intense, musical journey that is Don't Forget Us.

It is almost a pity that this is just an EP, therefore a record of a short length. However, if this is the shape of things to come, A Bad Think is a phenomenal music project destined to last for many years. A record to listen, enjoy and love in every moment of the day, wherever you may be.

Don't Forget Us is released on Windmark/The Orchard on April 21st, 2015

April 21st, 2015 - Grammy Award nominated artist, A Bad Think has release its new EP Don't Forget Us. today via Windmark Records. Produced, written and performed by Michael Marquart and mixed by Jason Elgin (Collective Soul, Creed), Don't Forget Us. is the 6th release under the moniker A Bad Think. The album was recorded in Los Angeles at Windmark Recording and in Windmark's east coast studio. Don't Forget Us. is a collection of seven masterfully crafted modern alternative songs that is a glimpse inside the mind of singer-songwriter and sole member Michael Marquart.