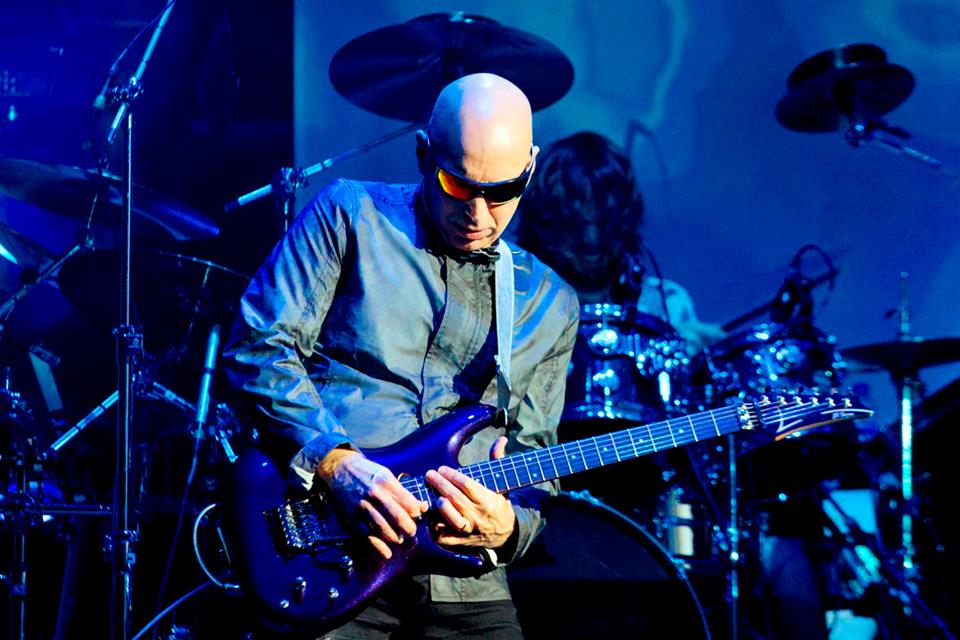 One can say a lot of things about Satriani's ability and eclecticism on playing guitar but never that he is a predictable artist.

Shockwave Supernova is almost a concept album, inspired by the fact that, at the end of his last tour, Satriani felt that on stage he had developed an alter ego, becoming somebody that was carrying out a different side of his personality, wild and incontrollable, whilst performing live.

Satriani is an artist that lets his guitar sing, rather than his own voice and always with astonishing results. Shockwave Supernova is an incredible ensemble of 15, free-formula tracks, in which Satriani concentrates more on a straighter style of guitar playing, rather than gunblazing his formidable array of instrumental rock tones.

The album sees "Satch" teasing his fans, mixing his rock formula with elements of different music genres such as blues, samba, jazz and swing, also thanks to the formidable support of the musicians accompaining the guitarist on this musical journey.

To focus on a few tracks in particular, on this fabulous album, would mean diminishing the masterpiece of an artist at one of the highest peaks of his career. Lost In A Memory, though,  deserves a particular mention; Satriani wrote this tune back in the late '80s and never managed to find the right melody. Now, thanks to the groove brought by Marco Minnemann on drums and Bryan Beller on bass, this spectacular track finally sees the light of the day.

With Shockwave Supernova, the "guitarist extraordinaire" from New York nails one of the best albums of his long-running career. This album speaks to people's heart in a more direct way than his previous works, managing to create a sonic bridge that carries sounds and melodies between the artist and any music fan.

If this is the result of the almost incontrollable Alter-Ego of the American guitarist that emerges during his live shows, many music lovers are in for a treat from now to years to come.

Joe Satriani World Tour begins 17th September in Europe - US Tour planned early 2016. Find all the details about the Tour by following this Link