Maine's Chris Ross and the North Release Young Once

Chris Ross and the North

Singer-songwriter, Chris Ross is no stranger to the New England area music scene. "A voice made for acoustic guitar, more dirt road than gravel, never sliding off to twang, and sharply honest", Bluebird Reviews writes of Ross's 2012 release, The Steady Stumble. Months later, BBR notes of Halfway to Wonderland , "I heard contemporary singer-songwriter tones of the Counting Crows, Ray LaMontagne and even some classic soul influences in these tracks." For his efforts, Ross earned 2014 Singer/Songwriter New England Music Awards. 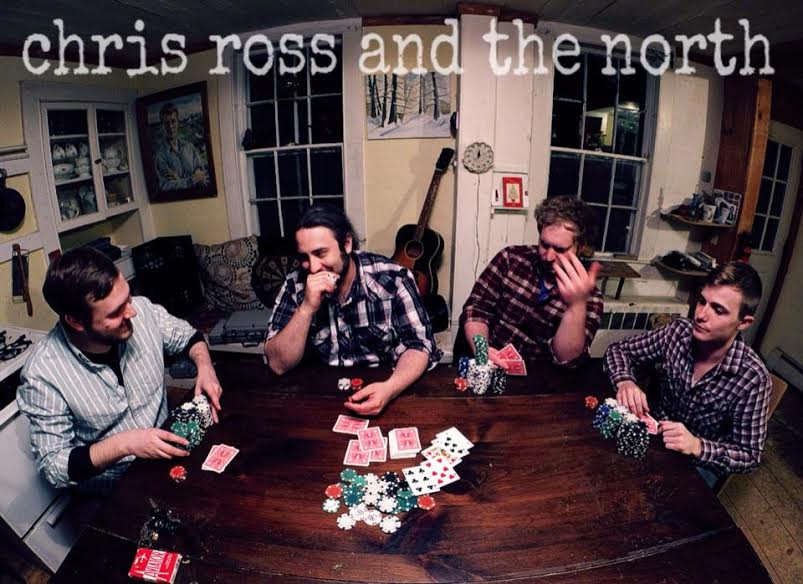 Spring 2015, Ross breached his singular periphery and teamed with musicians Ryan Curless - drums, backup vocals, Caleb Sweet - bass, backup vocals and Zachary Bence - electric guitars, piano, organ, to form Chris Ross and the North. From the look on their faces, The North is more than a backing band: They're a brotherhood.

Over the course of 11 days in March, the foursome recorded at The Halo, Windham, Maine, under the direction of Jonathan Wyman (producer, engineer). The result is Young Once, a striking collection of original material that deserves to be purchased without delay. To launch the CD, the band performed two shows at Bull Moose stores in Bangor and Portland, Maine. It acheived instant success and climbed to #1 Best Selling CD at the chain for six consecutive weeks. And according to one DJ at WKIT-FM, 100.3, The Rock of Bangor, demand for airplay is strong. "It's the best in local music right now", and he can't get enough. Many major Maine publications have shown favorable support, as well. 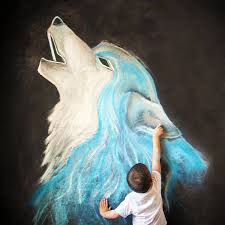 Go 11 rounds with Chris Ross and the North and you, too, will declare Young Once a winner! Not one song is a throwaway. There are several that could crossover multiple charts and forever change the lives of these Maine musicians. What kept my attention until the last note is the diversity in style and how seamlessly they blend highly-detailed narratives centered on love, loss, and the pains of addiction with roots-rock, blues, country and R& B soul. In essence, Young Once is pure Americana. Fans of Zac Brown Band, Jason Isbell, John Hiatt, and storytellers of similar ilk, will find this album and act most appealling.

In contrast,"Burns" is dark and coarse. A sense of urgency in Ross's lower register heightens the mood. "Tell me with a straightface baby. Try and keep your breakfast down...I hope he burns you down."  A cross between blues-ballad and anthem, Burns cleanses the palate, leaving behind a satisfying aftertaste.

Much to my delight, the single "Annabelle" has been receiving a lot of attention. It's  catchy and danceable, prime material for mainstream radio. In my opinion, it's a hit maker comparable to many chart toppers by Rob Thomas (Matchbox Twenty) or Goo Goo Dolls.

Kenya Hall (Kenya Hall Band) guest on "When the Dark Allows". Her soulfulness pairs well with Ross's gritty vibrato, giving this number a smokey creole/R&B flavor. I would look to these two to hook up in the future on a romantic duet that is sure to please their followers.

"Easier Said Than Done" is one of those sleepers that does not fully invest the listener until the end. But when it does finally grab hold, the emotional latch is locked for good.

As if "The Wolf" himself, Ross bellows, "Ah woo...Ah woo." The primarl howl is eiry and haunting, as is Bence's wailing guitar cries. The Wolf has the least amount of lyrics but the strongest musical score.

Fit for porch-swinging and full-on picking, "Ordinary Madness" is rootsy and poppy, and full of imagery and tuneful phrasing. "I was the maven of mysery drowning. When you beckoned me I hurried."

There's so much I could say about this ablum...but I will leave something to the imagination. It is everything I like in music, and more.

Thank you to Chris Ross for allowing me the privilege to review Young Once. I thoroughly enjoyed it and am honored to have it a part of my music library. And to the fine folks at Bluebird Reviews, you did it again! Chris Ross and the North is another remarkable talent I now must follow for years to come.

For music fans: Chris Ross has made it ever so simple to sample 8 of 11 tracks off Young Once, just by visiting his Youtube channel. Follow the links below to learn more on the band, tour dates, and where to buy their music:

Photos and video courtesy of Chris Ross. All rights reserved, 2015.