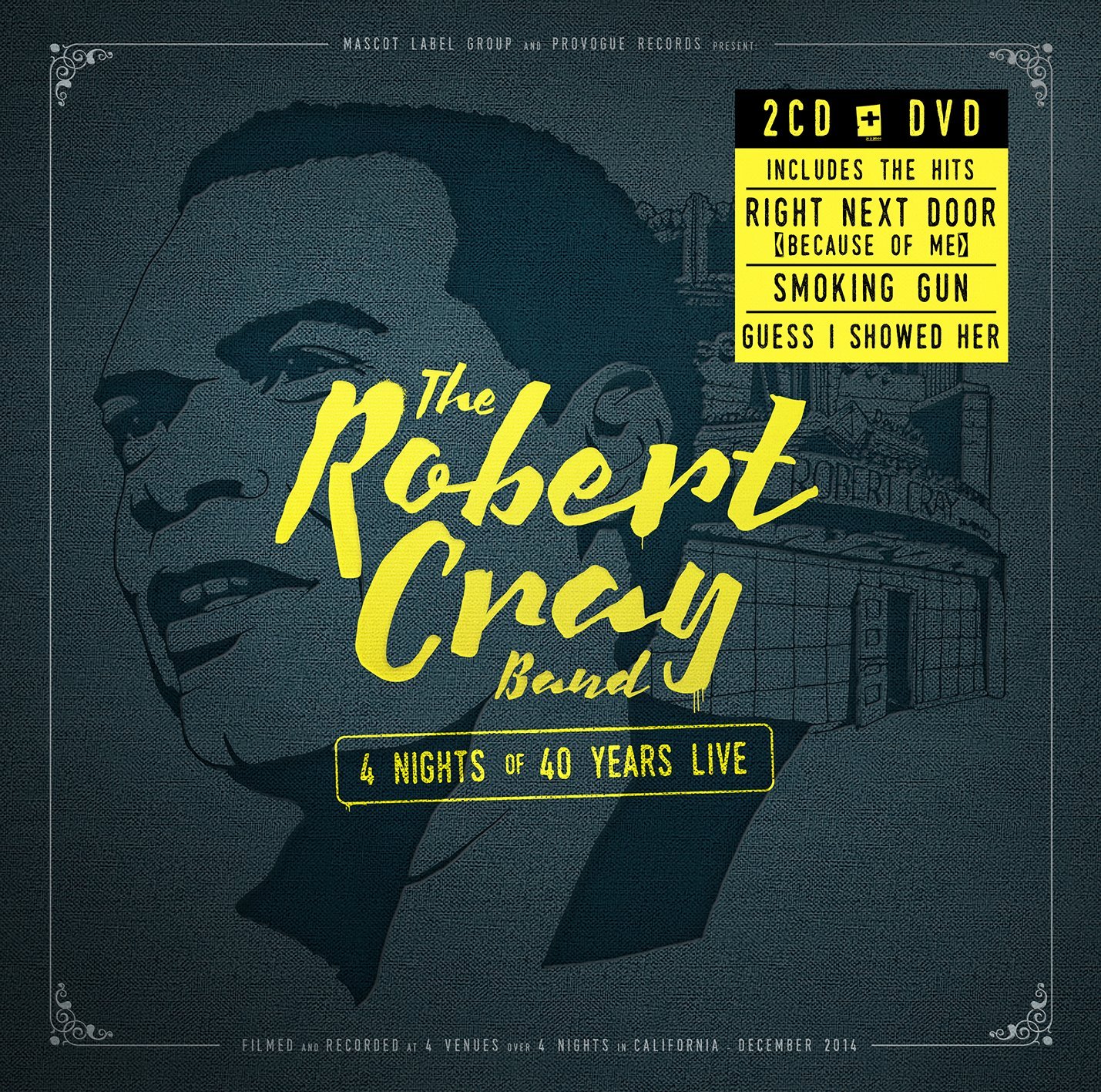 Robert Cray is one of those artists that reminds of opening a fine and expensive bottle of the best Californian wine. The outcome tastes better and better as the years go by, exactly like Cray's music. 4 Nights Of 40 Years Live, his latest release, is a captivating documentary of the career of an exceptional guitarist, a very talented songwriter and a music innovator.

Recorded in four different venues in California, under the impeccable supervision and production of Steve Jordan (also present as additional drummer on some of the live tracks), the 2-CD and DVD Boxset travels around the whole career of the American guitarist, sounding always so fresh and contemporary as those songs were written in present time. The "Strong Persuader" album has a big presence, as expected, with some of the most famous songs from Cray's ample music catalogue. In particular, Smoking Gun, I Guess I Showed Her and Still Around, all present on CD2 and recorded live in 1987 at a TV show in Netherland, bring back memories of that style and class of one of the best albums of that decade, with Cray and the Band in fabulous form.

The Bad Influence song from the 1983 album of the same name and These Things from the Midnight Stroll album are the true masterpieces of this live recording. Cray's solos are so deep, meaningful, exactly as his singing style is. Richard Cousins on bass fuses perfectly his bass lines with the harmonies generated by Cray's guitar, with Les Falconer on drums and Dover Weinberg on keys to complete the fantastic sonic rug of a blues-soul-funk band at the top of their game.

The DVD is a perfect journal of this live set, with tributes to Cray's artistry coming from artists of the calibre of Eric Clapton, Jimmy Vaughan, Buddy Guy and Bonnie Raitt. If there is people out there that has not had the privilege yet to see The Robert Cray Band live, this DVD offers certainly the best possible glimpse of what a live show from this band may sound.

Honest, immediate, intense and powerful, this live recording is the true mirror of Cray's  personality and his great artistic dimension. The Robert Cray Band could never sound any better than this.