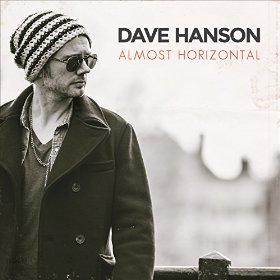 Leeds in England is maybe not the most obvious place in the world to listen to music that echoes genres such as Rootsy and Americana. Dave Hanson, however, manages very successfully to put together a music package that fuses the tradition of the best British songwriting with American West Coast music style, in an excellent mini EP album that offers many promises for a full length debut album to come expected for this winter.

Blind Faith, the title track of Hanson's mini album, is catchy and radio friendly. The song recalls echoes of JJ Cale and Black Keys at the same time, artists which are very close to Dave Hanson's heart.

Four songs that offer different shades of a musician who has, undoubtedly, very interesting artistic intuitions. One of such intuitions is expressed through the sinuous Island Sky, which transports the listeners into a tropical oasis, suspended half a way between the Caribbean and the M6, one of the most well-known British motorways.

If this EP is a taste of things to come, we may expect even more fireworks from the forthcoming album that Dave Hanson will release later this winter. In the meantime, Blind Faith is certainly an EP of great quality and depth that deserves the attention of all the fans of great music at 360 degrees.

Blind Faith EP can be purchased via Amazon