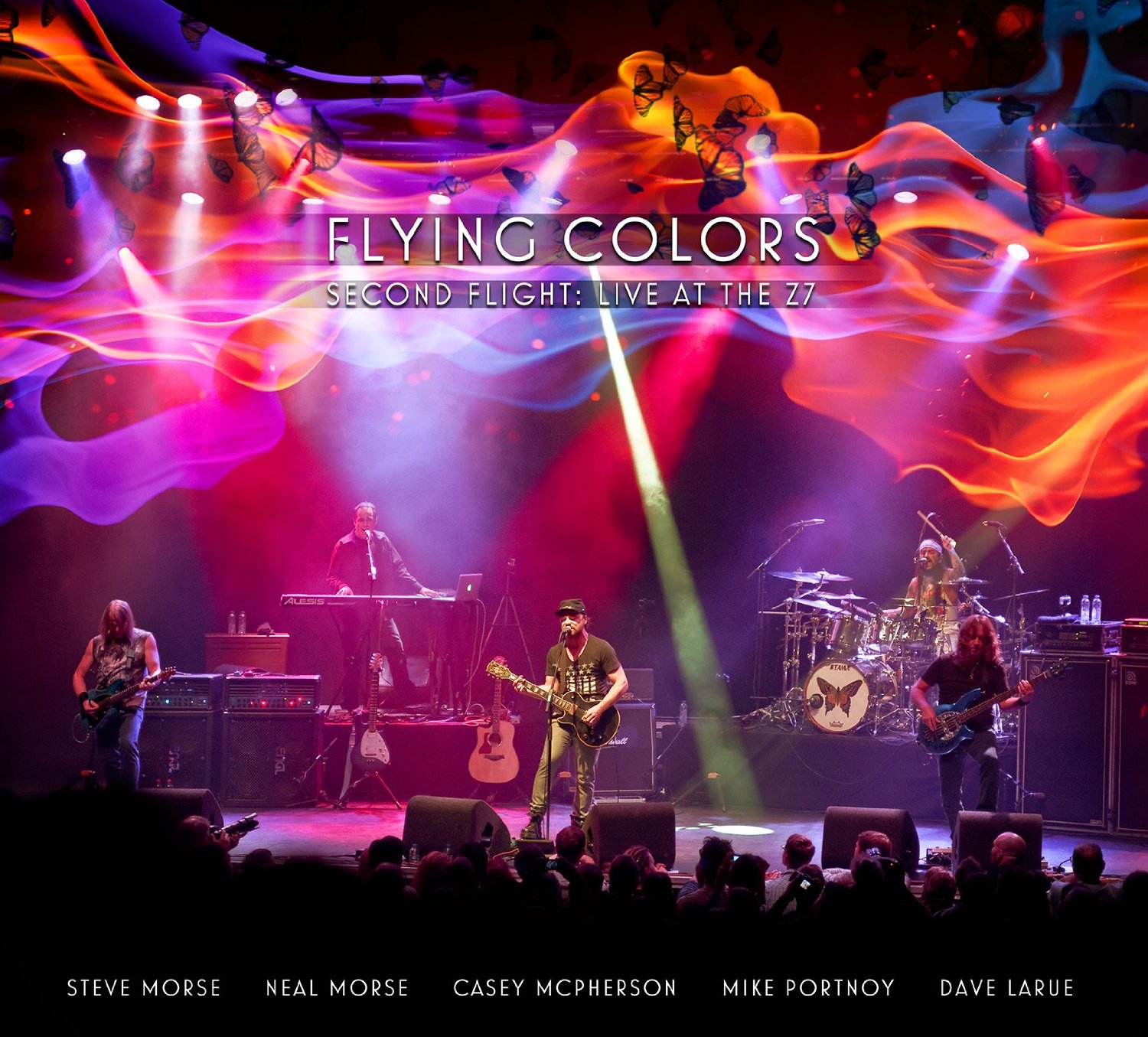 Recorded at the Z7 in Switzerland just a week after the release of their second album, Second Nature, this 2-CD and DVD live release captures perfectly the spirit and the musical philosophy of the supergroup Flying Colors.

To label this band as Prog-Rock, would be very limitative. Yes, it is true that the structure of their songs is fundamentally a progressive one. But it is also true that, through each band member's immense talent, every song takes a different tangent to other musical planets, where funk, hard-rock and even folk magically fuse together and create a sonic pastiche of a mesmerising beauty.

Neal Morse and Mike Portnoy know musically one another very well, due to their militance together in that wonderful music project that was Transatlantic. Portnoy's drumming style cadences each song with such perfection and military precision and seems to become one sonic body and soul with the harmonies created by Neal Morse's keyboards.

Steve Morse's imperious guitar sound offers the right backbone to the heart of a band absolutely unique in its style, while Dave LaRue, one of the best bass wizards worldwide, provides not just the perfect completion to the Colors' grand rhytm section but also some tremendously beautiful fast slap bass solos, as in Open Up Your Eyes, Mask Machine or even better, in Forever In A Daze. Casey McPherson's intense singing style on vocals is the perfect vehicle to complete the musical box created by the American Supergroup.

As the album title suggests, the whole of Second Nature, with the sole exception of Lost Without You is performed on the night and quite rightly so. The songs are vibrant, full of pathos, energetic and carry the vibes of an array of highly skilled and incredibly talented musicians. The Storm is one of the many special moments of the show, and the quality of the performance coming from the stage is even better than the original in studio. On this track, Steve Morse's guitar solo is absolutely fabulous. Cosmic Symphony has such a fascinating structure that goes far beyond their progressive trademark style. Every single change of musical tempos throughout the song follows an unusual sonic asymmetry that makes perfect sense. More than a song, it resembles the soundtrack of a dream.

Flying Colors are not just an incredible band with a truly distinctive sound and vision but also one of the most perfect music machines in the music business. And Second Flight: Live At The Z7 confirms that hundred per cent.

Flying Colors - Second Flight: Live At The Z7 can be purchased via Mascot Label Group or via Amazon