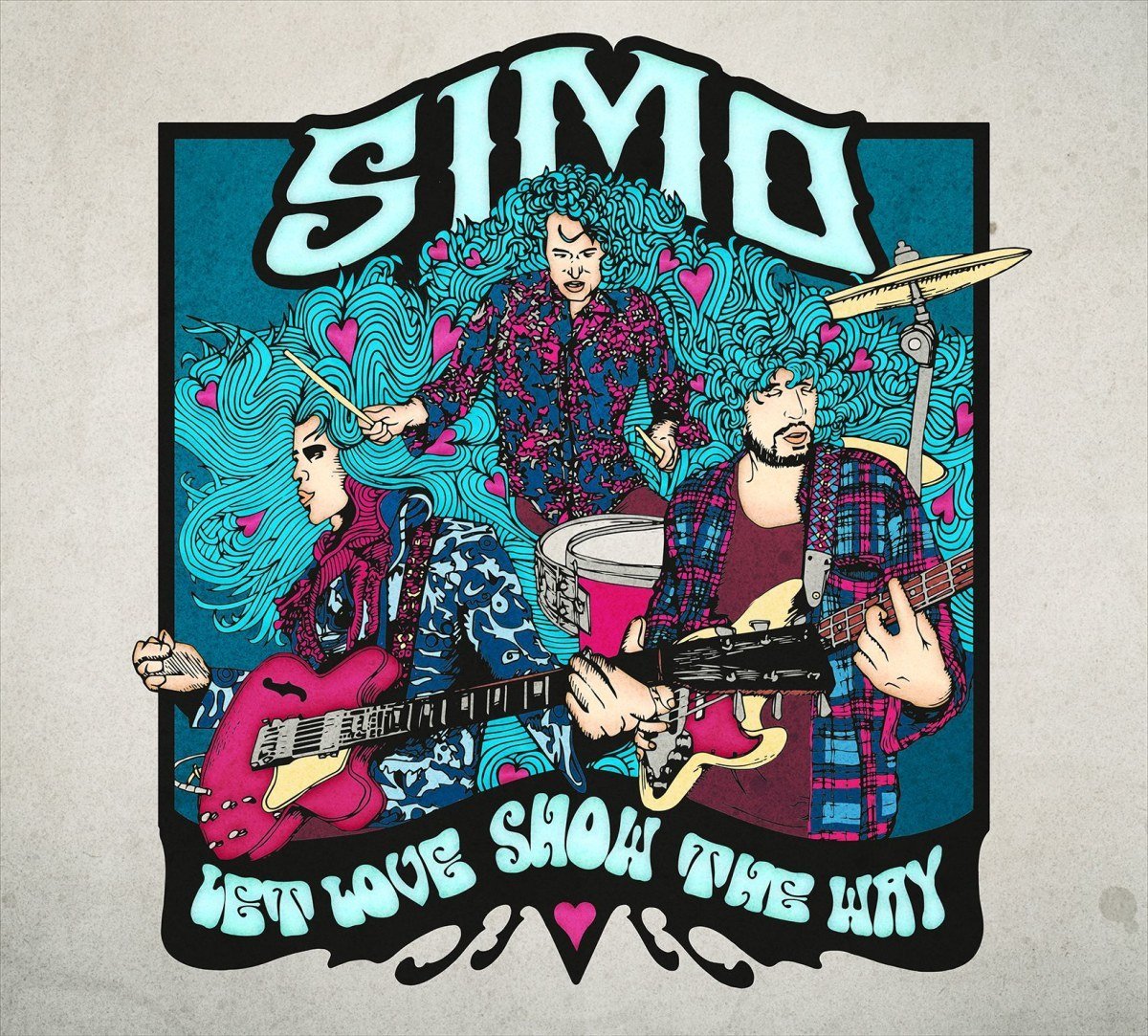 There are few bands that are able to perfectly incorporate several musical decades in the manner in which Simo, a band from Nashville, are able to do.

Let Love Show The Way is the rite of passage of a band that in the past five years has developed a wonderful pastiche of psychedelic sound, supported superbly by the timeless guitar sound that JD Simo, the frontman and guitarist of the band manages to infuse. In 2011, after several years of hard work spent as a session man for other musicians and recording as a solo artist, JD Simo joined forces with Adam Abrashoff on drums and later with Elad Shapiro on bass, releasing their first record simply called Simo.

Simo's new album brilliantly describes the robust and pure sound of a band that does not use at all or at least minimizes effects like overdubs. Becky's Last Occupation has the sound and the powerful cadence of the best Led Zep musical moments. I'll Always Be Around has the stylistic caress of the Allman Brothers Band best period while Stranger Blues, an Elmore James cover, has the sound vehemence of Cream's early days.

Let Love Show The Way is an album that relies heavily on the immediacy and the intuition of three musicians who know each other, musically, by heart and they all know how to deftly move through the eclectic sound of their musical DNA.

Please is a true moment of R&B high stature. Long May You Sail has that infectious rock tempo that gets into the skin on first listen, while the long instrumental phrasings created between the three musicians on I'd Rather Die In Vain explores a dark and morbidly fascinating musical territory.

When you think you have found out everything about this amazing musical project called Simo, the acoustic instrumental Today I'm Here, the band tribute to one of their friends, takes you totally and pleasantly by surprise, through the soft sound of JD Simo's slide guitar.

To buy the extended version of this record with the bonus tracks is an absolute must. The three bonus tracks included in the special edition of the album are tunes of great impact and artistic depth. Let Love Show The Way is a rock song about love inspired by the impact that love can give to the lives of us all, if left free to express itself without fear. Sonically, the song is embroidered by a sound that resembles partly the psychedelia that defined the sound of bands like The Black Crowes and partly the grunge-y sound of early Pearl Jam. Ain't Doin 'Nothin' is a beautiful suite recorded, along with the whole of the album, at the Big House in Macon, the historical recording home of the Allman Brothers Band. The band leaves their improvisational skills as musicians to gallop freely, creating sonic alchemies of the highest quality.

Please Be With Me is a sweet, acoustic cover of a band called Cowboy, which recorded this tune together with Duane Allman not long before he died. The song was the last to be recorded at the Big House, before JD Simo & Co. went there to record Let Love Show The Way.

If on one hand it's true that Simo learned and applied on this record the lessons of some of the greatest rock and roll pioneers of different decades of music, on the other hand it is also true that they did so by modelling a sound of their own, by creating visceral and immediate musical montages, played with great talent. A beautiful record of timeless rock and roll.