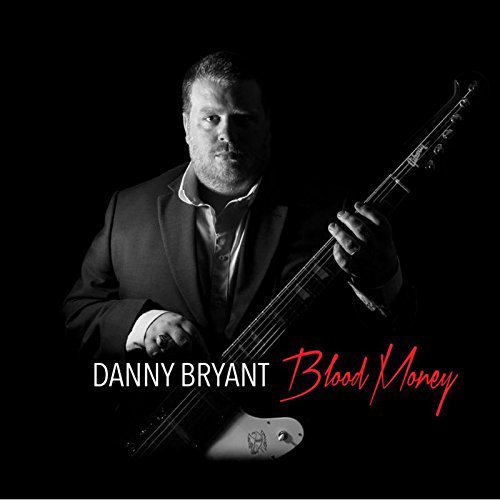 Danny Bryant is an artist that loves to challenge himself and his audience. Blood Money, Bryant's new album, is yet another eclectic and impressive work from the Norfolk's bluesman.

The album is a clear statement of love and respect from the British guitarist to blues and to some of Bryant's biggest music influences. One of the main goals successfully achieved by Danny Bryant on Blood Money is the ability to recreate the sound of his all-time music heroes, from the likes of Albert Collins (on the instrumental On The Rocks) or Albert King (on Unchained), whilst still maintaining his characteristic trademark sound.

The title-track is one of the highlights of the album and the first song to be cut for Blood Money. The duet with Walter Trout is contagiously gripping and incendiary and the two bluesmen combine a formidable interplay, both on guitars and vocals.

Slow Suicide is another excellent moment of the album, lyrically and musically. Inspired by the loss of one of the guitarist's school friends at a very premature age, the sound of Bryant's guitar is highly intense and evocative. Without a doubt, one of the most beautiful and emotional peaks of Blood Money.

Sugar Sweet is powerful and exudes rock and roll from all angles and it is Bryant's personal homage to ZZ Top's guitarist Billy Gibbons and his inimitable guitar style. Just Won't Burn, which features Bernie Marsden on guitar, is sweet and sexy at the same time, with Bryant's and Marsden's guitars gliding together in perfect harmony.

Whereas, to some, the album may not sometimes sound cohesive in its entirety, Blood Money is an album packed with some real musical delights and great ideas. Danny Bryant is an artist in constant evolution and his will to explore and broaden the sound of blues in many different ways is refreshing and highly entertaining.

Blood Money is certainly a step forward to worldwide stardom for this brilliant artist and a record to love and treasure.

Blood Money is out now on Jazzhaus Records