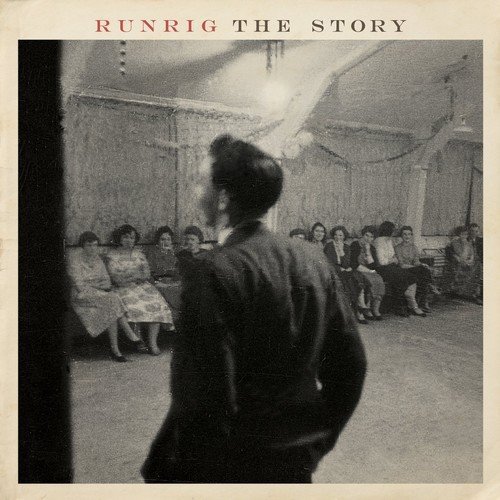 The album title describes perfectly the tale of Runrig, one of the most loved Scottish bands, their friendship, their passion for music and the love for their musical tradition.

In almost half a century, Runrig have grown so much and gone very far, both artistically and musically. Nothing better than their fourteenth and last (according to the band) studio album just published, called The Story could close the history of this eclectic Folk/Rock band.

The Story is majorly a celebration, as it should be. This time round, to seal their splendid career, Runrig has chosen to have in the control room, working as their producer on The Story, the band's youngest member, Brian Hurren. That was a clever choice for Runrig. The album is vibrant, joyous and sometimes nostalgic. What really impresses is how well the Scottish band manage to fuse the sounds and tradition of their mother land with a more contemporary rock and foot-stomping music style.

The title track The Story, that opens the album, synthesizes all that Runrig is about.  Written and sang both in Gaelic and English, the track has an infectious beat, despite the slight sadness that emerges from the beautiful lyrics from Rory McDonald, vocalist and bassist of the band.

Onar travels at the same pace of the opening track of the album, with Malcolm Jones' guitar producing some of the best riffs present on the album. The band shows impressive form not just on the more fast paced tunes like the one just mentioned. 18th July spills moments of great eclecticism, starting almost as an R&B kind of tune, then switching to a more robust rock tempo until reaching an almost folk-ish finale, through Malcolm Jones' and Brian Hurren's fabulous job on accordion.

The record is a real journey through the artistic life and musical development of a band that, despite not selling exactly millions of albums, has always managed to have a packed house wherever in the world they played, through the great love and devotion of their many fans.

The closing track Somewhere is the perfect epitaph to end a special record like The Story. Supported splendidly by the 32-piece Prague Philarmonic Orchestra, Somewhere seals The Story with such uplifting elegance that it becomes almost impossible not to get a little emotional, throughout the song.

The Story is an artistic jewel that encases the past, the present and the future of one of the most skilled Scottish bands ever. A jewel that will shine in people's memories for years to come.

The Story can be purchased at the band's label Ridge Records