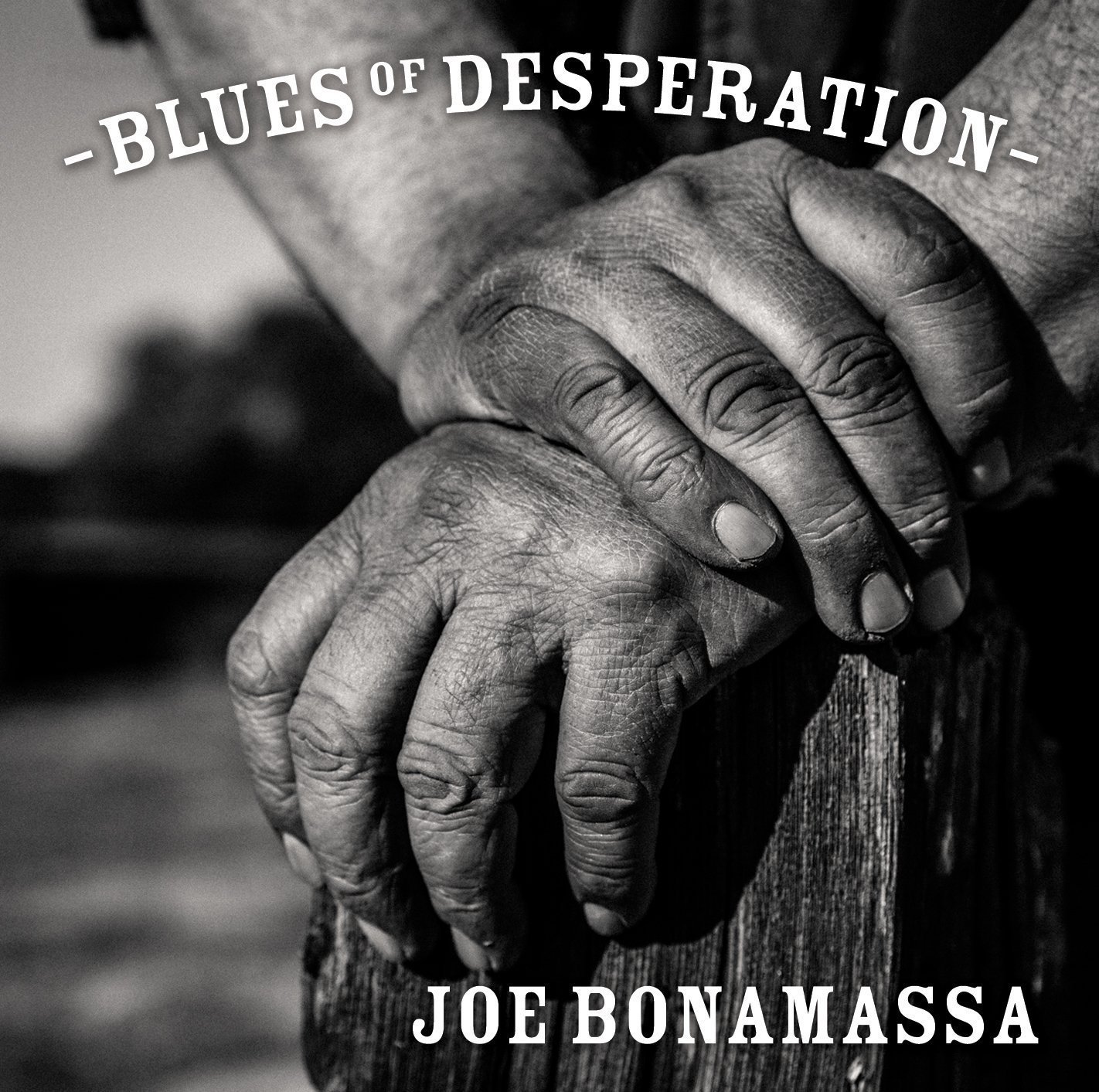 There is always a lot of curiosity when a new album from the Blues/Rock Titan Joe Bonamassa comes out. Curiosity that becomes also an expectation of the highest standard especially after his last studio album Different Shades Of Blue, in which the Guitar Virtuoso from New York had taken a considerable leap away from blues music.

The good news for all Bonamassa's fans and music lovers in general, is that Blues Of Desperation is a vastly more cohesive work, in comparison to Bonamassa's last studio album. The less good news, especially for those blues lovers who have loved Joe Bonamassa since the dawn of his career, is that with this record, the Guitarist Extraordinaire steps decisively towards the world of rock music.

The one-two that opens the album speaks volumes about Bonamassa's new musical direction. This Train and Mountain Climbing will punch your Hi-Fi speakers with sublime vehemence, transporting the listeners in a hard-rock stratosphere, especially on the almost AC/DCesque attack of Mountain Climbing.

The experience with the Black Country Communion has certainly contributed to the structure of some of the other songs of the album too. The title-track Blues Of Desperation is another sonic ride into Rock Land, with some interesting intuitions like using the sitar as an extra added flavour to Bonamassa's explosive guitar sound.  Distant Lonesome Train is a tempestuous fast tempo tune, in which Anton Fig on drums and Reese Wynans on keys create a perfect wall of sound and complete admirably Bonamassa's finest rock guitar riffs on Blues Of Desperation.

Bonamassa, though, is perfectly conscious of the debt of gratitude he has for the blues genre that has given him the opportunity to showcase his enormous talent in the last 20 years of his career. You Left Me Nothin' But The Bill And The Blues and the avant-gardesque 1930's ragtime tempo of Livin' Easy are vintage Bonamassa. Moments like these are the ones where the Guitar Maestro really reaches the peak of his game. It's that special moment when Blues comes  alive again and kicking in Bonamassa's musical DNA.

Among the most enthusing moments of the album, Drive and The Valley Runs Low deserves a special mention. The first is such a delightfully executed rootsy track that would have made a giant of the genre like Ry Cooder well proud. The Valley Runs Low, instead, allows Bonamassa to show a different side of his wide knowledge and understanding of music at 360 degrees. The tune is a smoooth soul ballad that echoes memories of the late great Wilson Pickett at his finest, played and sang with the consumate class of a true music veteran.

It is not, maybe, Bonamassa's best ever album but it is a big step forward for the American Guitarist and Songwriter. Although the album's full production doesn't reach its best on Blues Of Desperation and perhaps a couple of tracks are a little too self-indulgent and overplayed, Joe Bonamassa still manages very successfully to pull off a very solid record. It is safe to say that this album marks a strong return to form for Bonamassa and that the Guitar Virtuoso is back with a bang.

Joe Bonamassa's Tour Dates can be found on the Artist's website. The American Guitarist will be touring the United Kingdom in Summer 2016 for a special Tour dedicated to the music of Eric Clapton, Jeff Beck and Jimmy Page. Full details below:

Joe Bonamassa in Concert: A Salute to the British Blues Explosion (UK Tour)