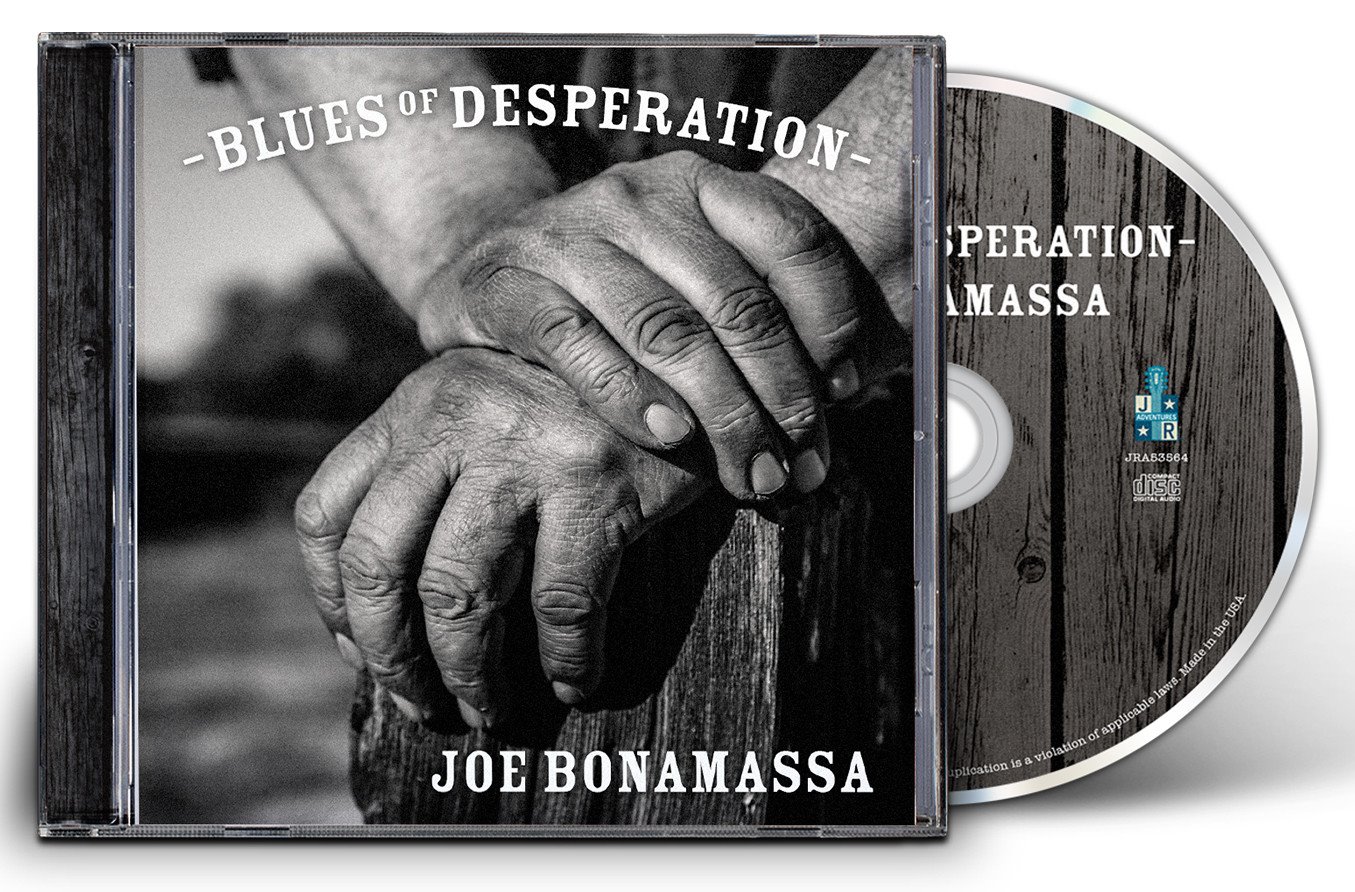 "I challenged myself and started a new book. It's all original music-- and I wouldn't do it any other way. It was a blast," writes blues-rock titan, Joe Bonamassa, of his latest musical endeavor, Blues of Desperation.

For this solo album, longtime producer, Kevin "Caveman" Shirley envisioned a more aggressive sound and pushed more out of Joe by adding a second drummer. Anton Fig, a veteran session musician on several of Bonamassa's recordings, is widely known as a rock player. Greg Morrow, the newcomer to the mix, has roots in soul. Each player's capable of carrying the full weight of these 11 tracks. Together, they create separate room for Michael Rhodes, on bass (and Bonamassa) to explore the depths of these compositions.

To say Blues of Desperation is Bonamassa's best album to date is like favoring one child over another. His vast catalog has brought me so much pleasure over these past six years, offering a little of this, a little of that. It's his interpretation of 100 years of the blues, brought to life through instrumental, acoustic, electric, and traditional style, that keeps me listening over and again. This collection of songs has already found a special place in my heart. It's heavier, progressive, uptempo-- a rough and tumble sonic dance in a genre steeped in American history, a genre beloved by many but often overlooked by mainstream radio. Blues of Desperation is anything but desperate: it's pure blues-rock.

The title track and centerpiece of this recording is bold, abstract, and psychedelic: a whole lot of noise well-deserving of airplay on every hard rock station. Bonamassa stretches out and experiments with synthesized sounds, slide guitar theatrics, and Theremin shrills. It's a real head-turner, bound to stand the test of time. The explosive guitar solos heard on "Mountain Climbing" and "No Good Place For The Lonely" prove why the bluesman is considered one of our generations greatest guitarist. Lastly, the sultry number, "Drive", and melancholy ballad, "The Valley Runs Low", bring out the best in Bonamassa's vocal ability. Either one of these songs could (should) be a hit.

There are four webisodes on the making of Blues Desperation uploaded to JoeBonamassaTV, plus the official music video for "Drive" and a live performance of "Mountain Climbing". Hope you find Blues of Desperation as intriguing as I do. Play it loud. Play it proud.