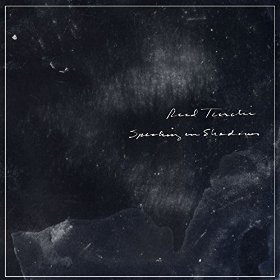 Music as an antidote to start a new chapter in life. This is the philosophy adopted by the eclectic and talented guitarist/songwriter Reed Turchi on his just released solo debut album, Speaking In Shadows.

Despite his blues-influenced musical roots, which inspired in the past years three excellent albums of experimental blues/rock released with his band simply called Turchi, the North Carolina-born artist moves definitely two notches away from his musical past in Speaking in Shadows.

Turchi manages to create an eclectic kaleidoscope of sounds, traveling from the glam/ rock of the '70s, as in the tracks Juggling Knives and Ima Bore, to the alternative post-modern rock of Everybody's Waiting and Drawn And Quartered with great class and craftmanship .

Even when the lyrics become darker and highly introspective, Turchi draws very cleverly sonic frames around his songs, fitting perfectly his songwriting style at times deeply personal and crepuscular.

Through every layers and shades of each songs on this well-balanced album, Turchi never stops to surprise and challenge constantly the listener.

One example, in an album that contains many highlights, is the spiritual catharsis occurring in the song Texas Mist, a slow and dark tune that reflects beautifully the internal conflict of the artist, struggling to find himself again. Offamymind is a splendid bluesy tune, in which Turchi confesses to have a hard time to erase from his mind the end of a relationship and in which the talented guitarist offers one of the most intense guitar riffs of the album.

Undoubtedly, Speaking In Shadow represents for Reed Turchi a new sonic path, not only in terms of approaching different music genres but also for the great use of instrumentation that Turchi does on this album. Together with his old friend Adriano Viterbini on guitar, the artist is also supported by a group of musicians of great talent on this record. Art Edmaiston on sax, in particular, shines with his class on the song Floristella, in which Turchi tells the story of his great-grandfather that, back in the early twentieth century ran away from Sicily in Italy to the United States, trying to escape the miserable life of working in a mine.

When one thinks that every corner of the sonic structure of Speaking In Shadow is unveiled, Reed Turchi surprises us all one last time with the final track of the album, View From Angel's Landing. The song, entirely instrumental, is a soft, pleasant guitar duel between electric and acoustic guitars, as if to seal a mirage of hope for a new chapter in the future to come for the American artist.

Those who loved and appreciated Reed Turchi from the beginning, will fully appreciate and understand this new step in sound research that this formidable artist has done through Speaking In Shadows. Turchi's solo album is a declaration of love for music at 360 degrees played with freshness, skill and high level of knowledge and understanding of different music forms. The record is the perfect demonstration that Turchi has many arrows still to shoot in his artistic career. Speaking In Shadows constitutes the perfect and most inspired experimental platform, from which Turchi will not surely fail to pleasantly surprise us again in the future.