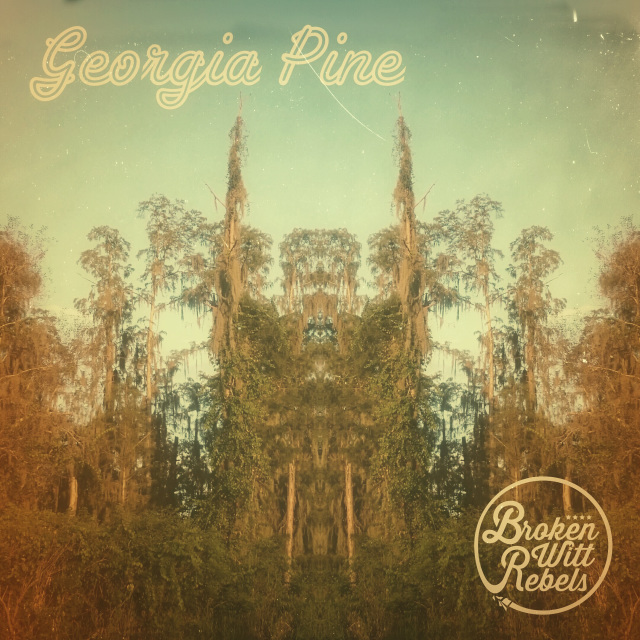 After having been called, deservedly, one of the best new live act in Britain in 2015, Broken Witt Rebels returns with an EP which is an absolute joy to listen to from start to end.

Georgia Pine contains 5 tracks fuelled not just with the power and energy that come with young age but also with the real desire of showing how much these quartet from Birmingham, UK understand about blues, rock, roots and americana.

It is rather difficult to pick a song in particular as the real highlight of the mini-album because all of them showcase a different and fascinating aspect of Broken Witt Rebels' vast musical background.

The opener Low, chosen as the first single of the EP, it's the band's firm declaration of intents of love for blues-rock, with big guitar riffs and catchy choruses. One of those tunes destined to be a live favourite for the band's fans.

Broken Witt Rebels create a solid wall of sound throughout the whole EP but it is Danny Core's voice, the lead singer and guitarist of the band, that ties all together on Georgia Pine. Core's vocals are so incredibly powerful,intense and able to adapt to any genres, from the beautiful, rootsy Suzie to the almost soul-esque Georgia Pine.

One of the real strengths of the record is the presence of great songwriting, in an album never overplayed or too self-indulgent. The lyrics present excellent structures, without using stereotypes too often abused by artists of any music genres or artistic structure. Broken Witt Rebels, instead, always sound genuine and honest in their first musical offer.

Getaway Man starts as a slow ballad, then it grows in an irresistible crescendo, with James Dudley on drums commanding the tempo with incredible presence and charisma.

Guns defines completely the sound of a band that knows and appreciate a lot music in its globality. The tune has got that infectious rock tempo that would push any true rocker to stand up and jump to the rhythm of a truly wonderful tune, worthy closer of a maybe short but fabulous musical rollercoaster.

"Born and raised where guns are made....", sings Danny Core in the closing track of the album. Judging by the quality of Georgia Pine, there is no doubt at all that Broken Witt Rebels will be among the finest rock and roll guns of the music industry in the years to come.