The Hitman Blues Band - The World Moves On 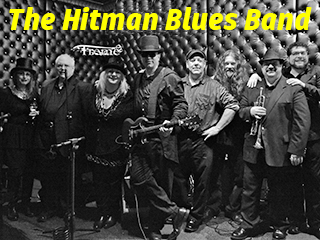 The music business is, sometimes, a funny old game. There are artists or bands that, as the years go by, tend to slow down and gradually lose their spark, settling down with their music format and becoming increasingly monotone and repetitive.

This concept certainly does not apply to artists such as Russell "Hitman" Alexander and The Hitman Blues Band. Their new album, The World Moves On, is a celebration of the traditions of the Delta Blues mixed with the glorious groove of the Memphis and Chicago blues.

The album is a true mirror of what this band is all about; respect for the history of a great music genre and a capacity to infuse, at the same time, their personal artistic touch as a collective. The whole album is not just excellently played by this group of highly skilled musicians but also contains here and there some humour and little cheekyness in the songwriting.

The re-work of a couple of the band's classic, Hammer Down and Two Trains Running, is a classic example of what The Hitman Blues Band does best. Fast foot-stomping blues, showcasing in particular the unique singing style of Russell Alexander and his flamboyant guitar style, together with the powerful sound of a very solid band. On these two tracks in particular, the work of Mikey Vitale and Nick Clifford on horns and Kevin Bents on keyboards reach some incredible peaks of ability. In addition, throughout the whole of the record, Mike Porter on bass and Guy La Fontaine work in perfect synchronycity and they constitute the ideal rhytm section for any blues musicians, thanks to their almost metronomic precision.

The World Moves On is not only, though, the sound of a fast-paced blues collective because when The Hitman Blues Band slows down the tempo, the results are equally astonishing. I'm All About You is one of those soul ballads that get stuck into your head, once you have listened to it. The song unfolds an almost Motown-esque side to their music formula and once again, Alexander's voice is as light as a feather while Mikey Vitale solo on sax tenor offers one of the most beautiful solos on the album. The closing Willie Dixon's cover Hoochie Coochie Man is fast, furious and showcases each and everyone's craftmanship and there would be no better ways to sign off a wonderful record like this.

The new album from The Hitman Blues Band is not just an ode to the blues genre but expresses as well true passion for music, joy to play and phenomenal skills from all the elements of the band. The Hitman Blues Band reach a new high in their career through The World Moves On. Their sound is robust, intense and carries an incredible amount of fun and happiness. Which is excatly what playing music should be all about.

The Hitman Blues Band will start their European Tour on 10/06/2016, the full program is listed here below: 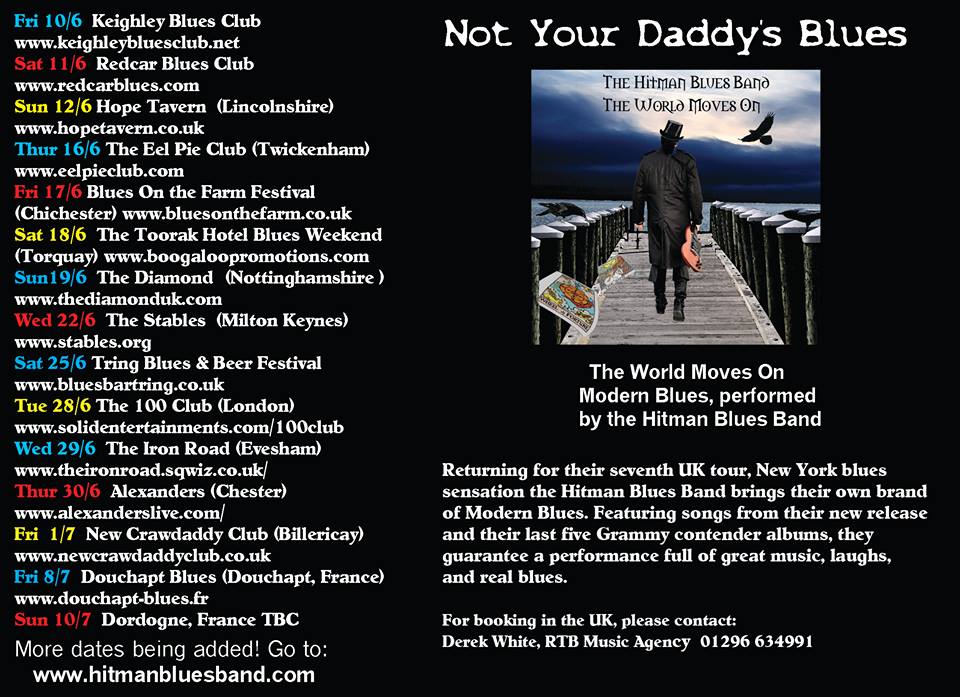