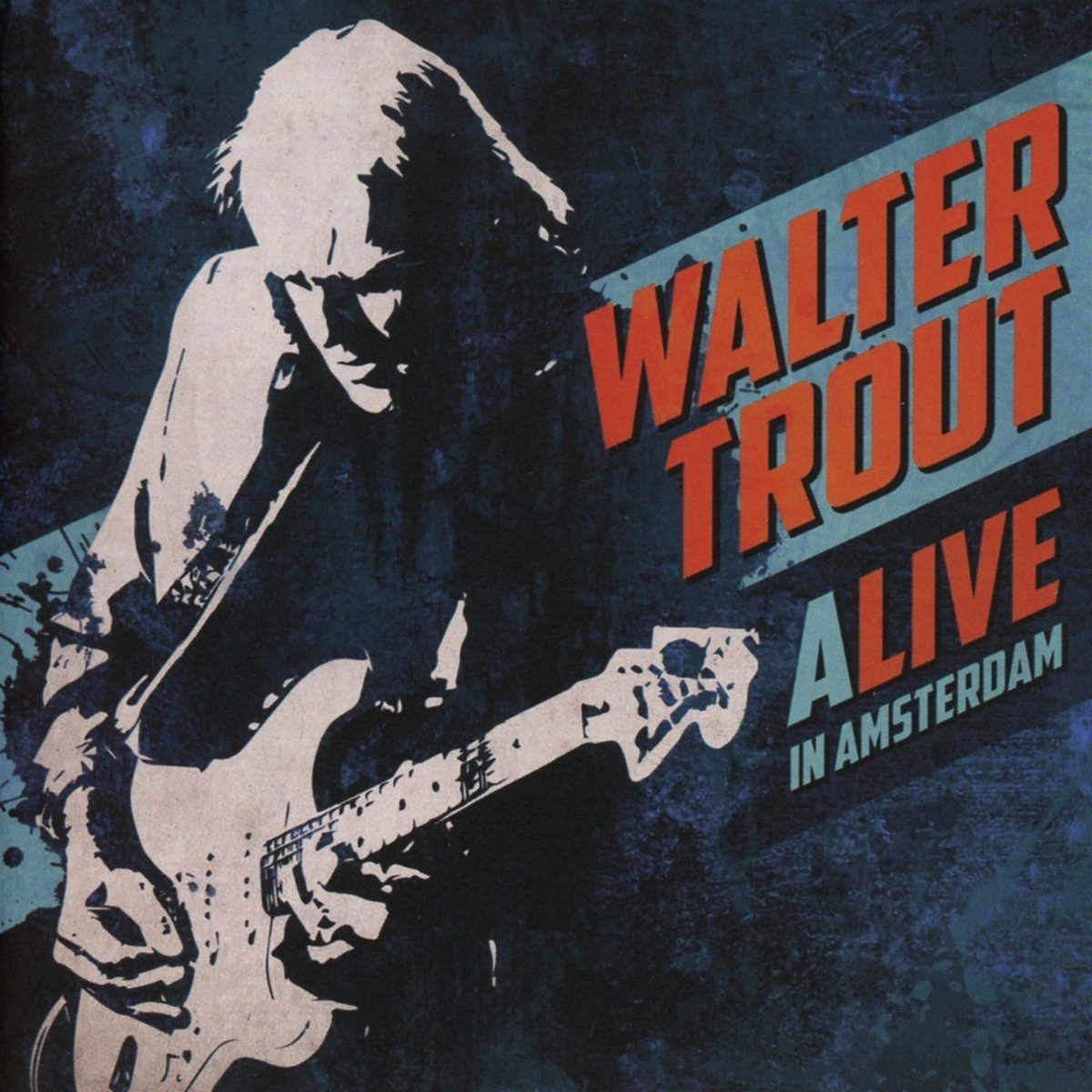 It gets always very difficult to review a live album, doesn't matter who the artist in question or the band may be. The reason is because, often, such type of releases are targeted to boost the revenue of artists and record labels, without having those elements that a live recording should have, like energy, passion and commitment to music.

Luckily, there are artists like Walter Trout that distance themselves from this kind of concept because they truly believe in the message of music and what music gives to them and to the fans.

ALive In Amsterdam is not just the celebration of a Tour that for Trout meant the return to make and play music but also his return to form. The health issues that troubled the American guitarist for quite some time have long gone and this live album proves indeed that Trout is, again, on full force.

There were no better places for Walter Trout and his band than Amsterdam in Netherland and the Le Carre' Theatre to record this live album, due to the long-lasting love relationship that the Dutch fans have with Trout and his music.

The two-hours plus new live recording from Walter Trout is like a family album, where one can see how people's lives move on and develop through music. Age has never been an issue neither for the American guitarist and singer/songwriter nor for his band, because they sound as strong as ever. Sammy Avila on keys, Michael Leasure on drums and Johnny Griparic on bass, added to Trout's incredible talent, constitute one of the most solid music machines worldwide. In addition, the Evergreen Maverick from Huntingdon Beach can even afford to have two highly skilled extra guitarists on this Tour, such as his oldest son Jon and the Dutch singer and guitarist Andrew Elt, to make this live show sound even more powerful.

There is obviously a lot of material coming from Trout's most recent album, Battle Scars, included in ALive In Amsterdam. Among those tracks, two in particular, which come half a way of the show, Haunted By The Night and Fly Away, are real killers. Trout and his boys have never sounded better than this before on stage. The sound is explosive, at times pleasantly erratic, thanks to the sonic dissonance coming from that master of keyboards that is Sammy Avila. The Rhythm Section of Griparic and Leasure is as strong and pulsating as it can possibly be.

Walter Trout's enormous talent on guitar has always been undisputed but his voice is reaching now new highs too. It's deep, almost raucous and booming at times and gentle and emotional  other times. Like in the crowd-pleasers Marie's Mood and the closing The Love That We Once Knew, where Trout shows his gentle side, when it comes to love for his wife Marie and for life in general.

ALive In Amsterdam is not just a record for fans of Trout's music. It's a musical tale of a man and an artist that has been given a second chance in life and doesn't want to miss a moment to create and play music for himself and for people. The very same people that helped him and stood by his side when it mattered and showed their love and affection in many ways.  ALive In Amsterdam is the best payback in music that Trout could possibly give to those fans and friends. Welcome back, Walter Trout, mission accomplished. Once again.