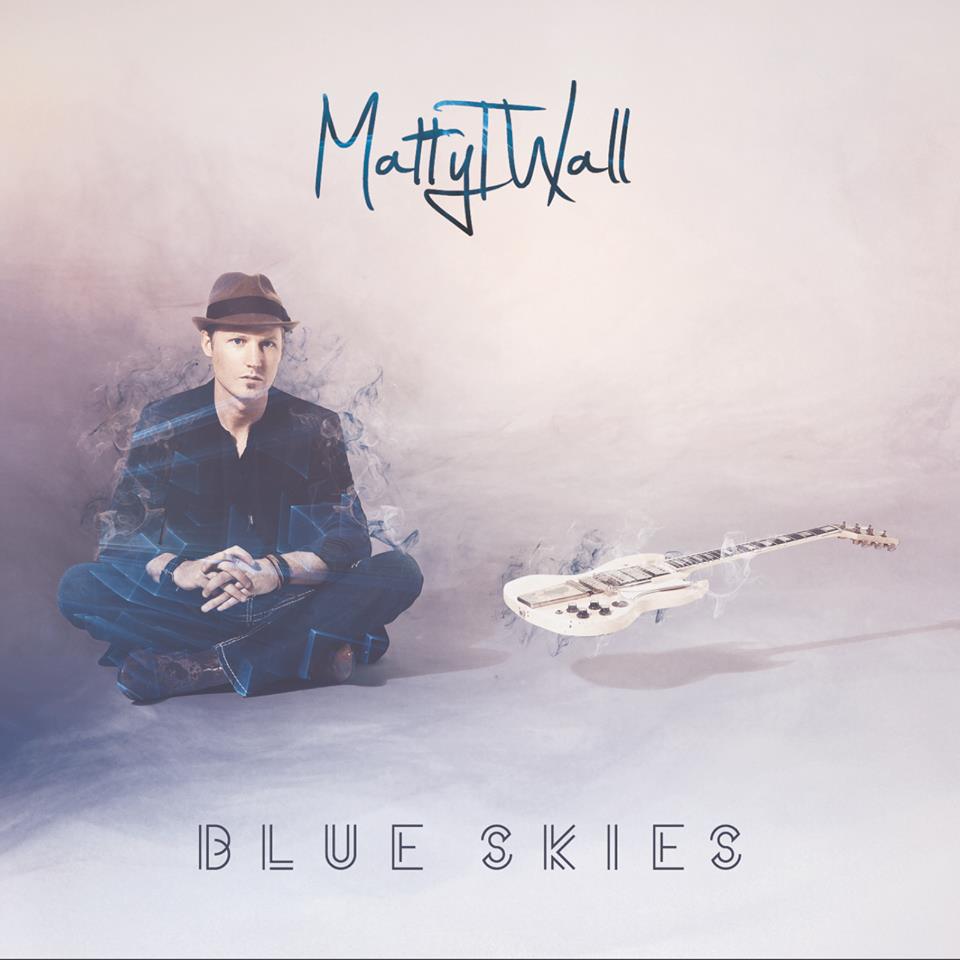 Where the warmth of a country like Australia meets the passionate sound of rock and the mysticism of the blues. That is the place where you will be able to find Matty T Wall, a young and highly talented guitarist and singer/songwriter from Perth.

Through his debut album, Blue Skies, Wall beautifully embraces the traditions of the Delta Blues and the 70's psychedelic sound, in a unique music combo that makes possible not just to magnify Wall's guitar artistry but also his deeply soulful singing style. The ten tracks included in Blue Skies are an intense journey into several decades of music history, played in an unconventional and highly entertaining way.

There is everything that a true music fan could possibly ask, in this record. The album's title-track is an elegant rock ballad with hints of roots, with some truly excellent songwriting from the Australian young prodigy. Broken Heart Tattoo is a tune that fuses together elements of jazz, rock and blues, which provide an excellent sound carpet to Wall's storytelling Parlato style on this track. Scorcher is a majestic scat-blues instrumental number, in which the ability of Wall and his band match stylistically the magnitude of 70's bands like The Allman Brothers Band or The Cream.

One of the most interesting aspects of Matty T Wall's music style consists in the way his songs take off into unexpected directions, during their executions. An example for all is the overwhelming cover version of Hendrix's Voodoo Chile, in which Wall and his band provide a slower and alternative but nevertheless highly hypnotic version of one of rock's most favourite anthems of all time.

Matty Wall is, undoubtedly, one of the most inspired musicians of this generation. Smile, which is the other instrumental included in Blue Skies, showcases in full Wall's ability and versatility as a guitar player. The dreaming sound coming by the overlapping of acoustic and electric guitars is a work of art and it is one of those tunes to be chosen as the perfect soundtrack for an evening stroll on a beach, admiring the sunset, anywhere in the world.

One of the secrets of the success of Wall's special music alchemy on his debut album goes also to the craftmanship of his wonderful band. Jasper Miller on drums and Stephen Walker are an irresistible Rhythm Section, whose abilities shine throughout the whole album. A deserved mention on Blue Skies goes also to Gordon Cant on organ, whose improvisations on Voodoo Chile are absolutely tremendous.

Knowing the love and appreciation of Matty T Wall for blues, it's no big surprise that he decided to choose a Robert Johnson's tune, Hellhound On My Trail, as the closing track of his album. Yet again, Wall nails his version of this song to perfection. The number starts with the sound of pouring rain coming down, then slowly an acoustic guitar opens up the tune to a folk-esque tempo, until the beating and daunting drums of Jasper Miller comes in, adding an almost dark and mysterious aura to another very inspired cover version.

Matty T Wall has not pulled any strings at all in his debut album. Blue Skies is an instinctive record made of great songs with inspired songwriting, enormous respect for the masters of blues, excellent vocals, showing Wall's mesmerising talent as a guitar player. You better watch out for this artist. You will be hearing extraordinary music from him for a very long, long time.

Blue Skies is out now and available via Amazon