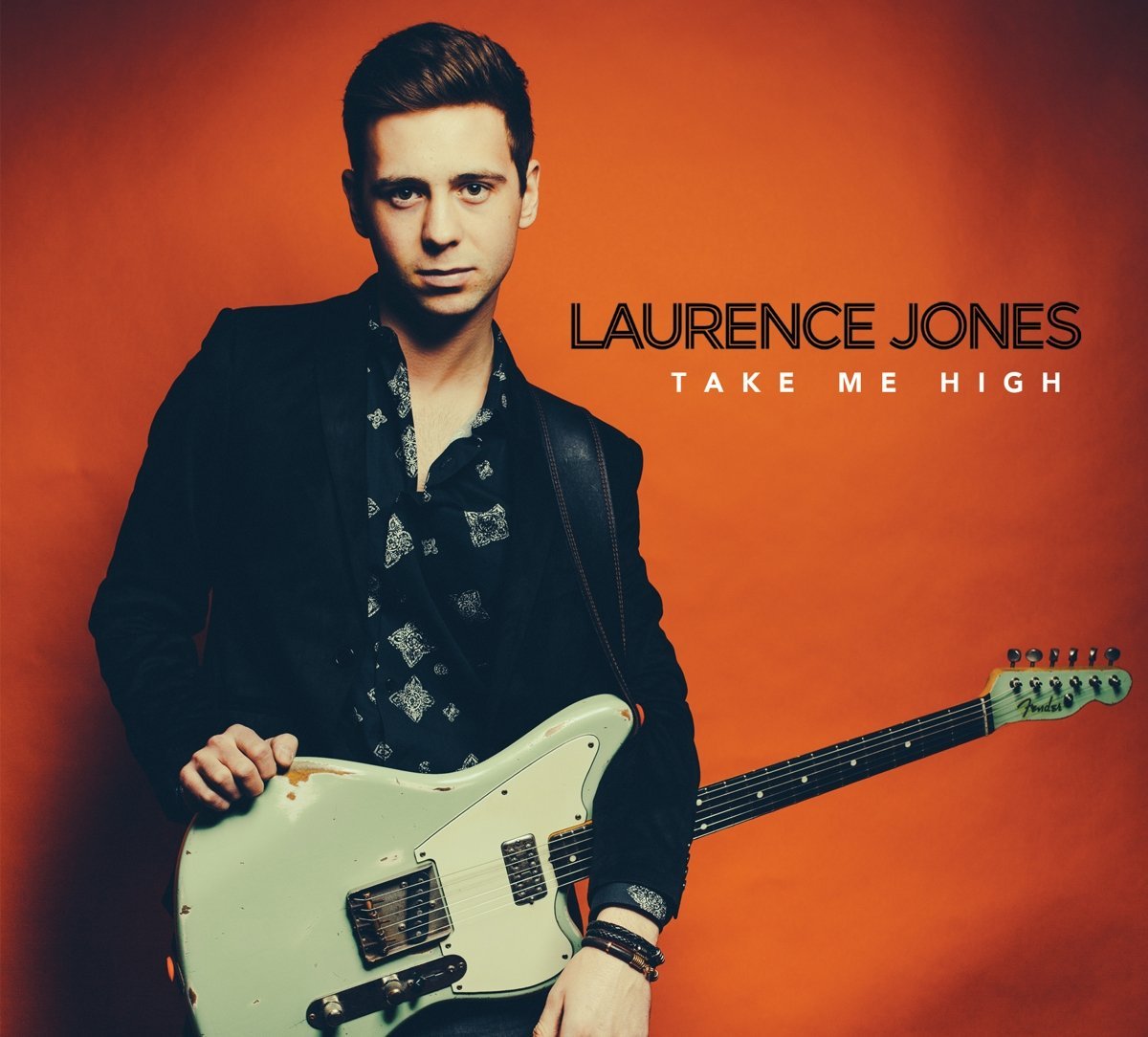 It would be hugely easy for an artist, especially in the current music business, to stick on his/her tried-and-true formula. This is something that the young gunslinger Laurence Jones wouldn't consider even for a moment.

Take Me High, the British guitarist's new record soon to be released in Uk later this month and in August in the United States, is an album that catapults Laurence Jones right in the olympus of the most versatile, creative and talented music artists worldwide.

This is a studio record that has been entirely recorded live by Jones and his band with outstanding results, without the help of any trickeries at all. Undoubtedly, the expert guidance of Mike Vernon, one of the most renowned producers in the music world has been beneficial on the artistic approach taken by Laurence Jones during the recording of Take Me High.

The outcome captures perfectly the artistic maturity of a musician which, despite the relative young age, is able to spread his wings with equal majesty in whatever Jones put his hands on and we are not just referring to his well-known ability on guitar.

Jones unveils finally, through his new record, all the music genres that he loves the most and really matter to him. His rhytmh section is more powerful than ever, through the addition of Phil Wilson on drums on a line-up that counts already an "Ace Of Bass"  like Roger Inniss, adding to the British artist's sound even more dynamism than in any of Jones' previous albums.

One of the most welcomed surprises on Take Me High is the definite Funk approach present on some of the tracks on the album. The opening one-two, Got No Place To Go and Something's Changed is fresh, vibrant and the additional support of Bob Fridzema as studio musician on keyboards offers the opportunity to Laurence Jones to exalt even further the magnitude of his talent on guitar.

There is also another important element that shines throughout the whole of Take Me High and it's the depth and quality of the guitarist's vocals. A clear example of Jones' talent on many levels and one of the many highlights of the album is Thinking About Tomorrow, a love song that encapsulates perfectly the level of artistic perfection reached by Laurence Jones through this new record.

The young Guitar Virtuoso is virtually unstoppable, on this album. Take Me High, the title-track, is vintage Laurence Jones. His unmistakable Bluesy slap on guitar serves as the perfect intro to an intense and excellently executed tune. To help Jones in this beautiful musical delivery, once again his rhythm section is absolutely spot on and the musical chemistry between Inniss and Jones is first class.

The record closes in an equally high standard as it opens. On The Price I Pay, Jones get the best helping hand he can hope for by having on harmonica a master like Paul Jones as Special Guest. The outcome is an authentic triumph of a musical fusion containing clear funky extractions combined with the sound and the melody of the Mississippi Delta Blues. That's what happen when two Jones work together.

The closing track is the only cover of the album and it is Stevie Wonder's classic Higher Ground, penned once again very skillfully by Jones and his band with the outstanding contribution on vocals by Reuben Richards.

Sometimes album titles may be slightly deceiving, when it comes to describe the music package included in a record. In Laurence Jones' case, Take Me High explains exactly what a music lover can get by purchasing this album, which is not just the best album of his career to date but also one of the highest music expressions of 2016.

Take Me High is due to be released on 22nd July in United Kingdom and in August Worldwide. The album can be purchased via Amazon