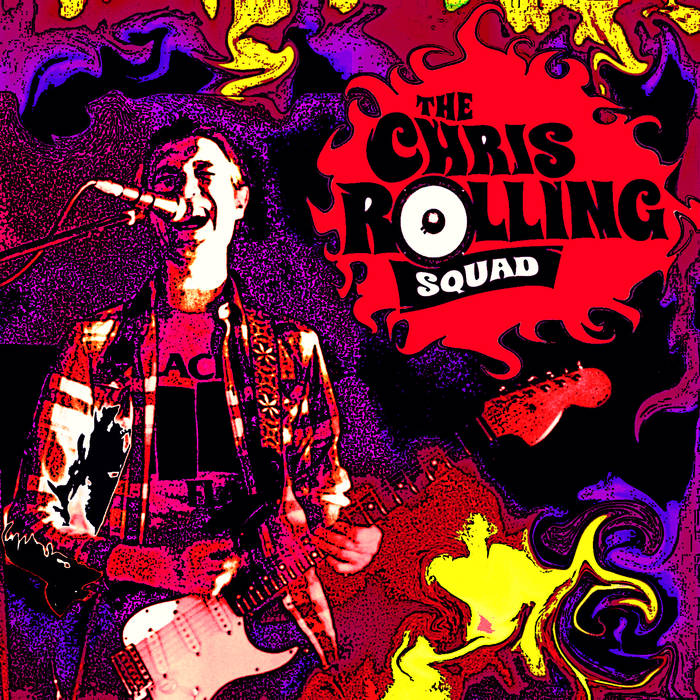 After a short stint with The Heavy Manic Souls, the French guitarist and singer/songwriter Chris Rolling has created a new project called The Chris Rolling Squad, releasing a self-titled EP that is a true love letter to the 70's rock.

The five tracks included in this mini album are a homage to the sound of bands like Cream, Motorhead and Ramones, just to mention fews. The Chris Rolling Squad, as a power trio, is an authentic steam train throughout the whole record. Their ability and craftmanship shine either when they are wild, fast and furious, like on the Motorheads-esque My Redemption, (in BBR's opinion the true highlight of the EP) or in the closing track Janet Says Go Go Go, a cover of the 90's Swedish band Indian Red.

Even when the tempo goes a bit more bluesy, like on the track Vampire Blues, the band is solid and their execution of the song smooth and precise. Chris Rolling's commanding and powerful guitar sound dictates the tempo with great authority to the whole band, which, together with Rolling on guitar, include a really impressive rhythm section made by Brice Duval on bass and Romain Cauneau on drums.

It's a tasty, energetic and highly entertaining debut for the French trio. If this is the shape of things to come, we may expect some more music brilliancy coming from this band in years to come.