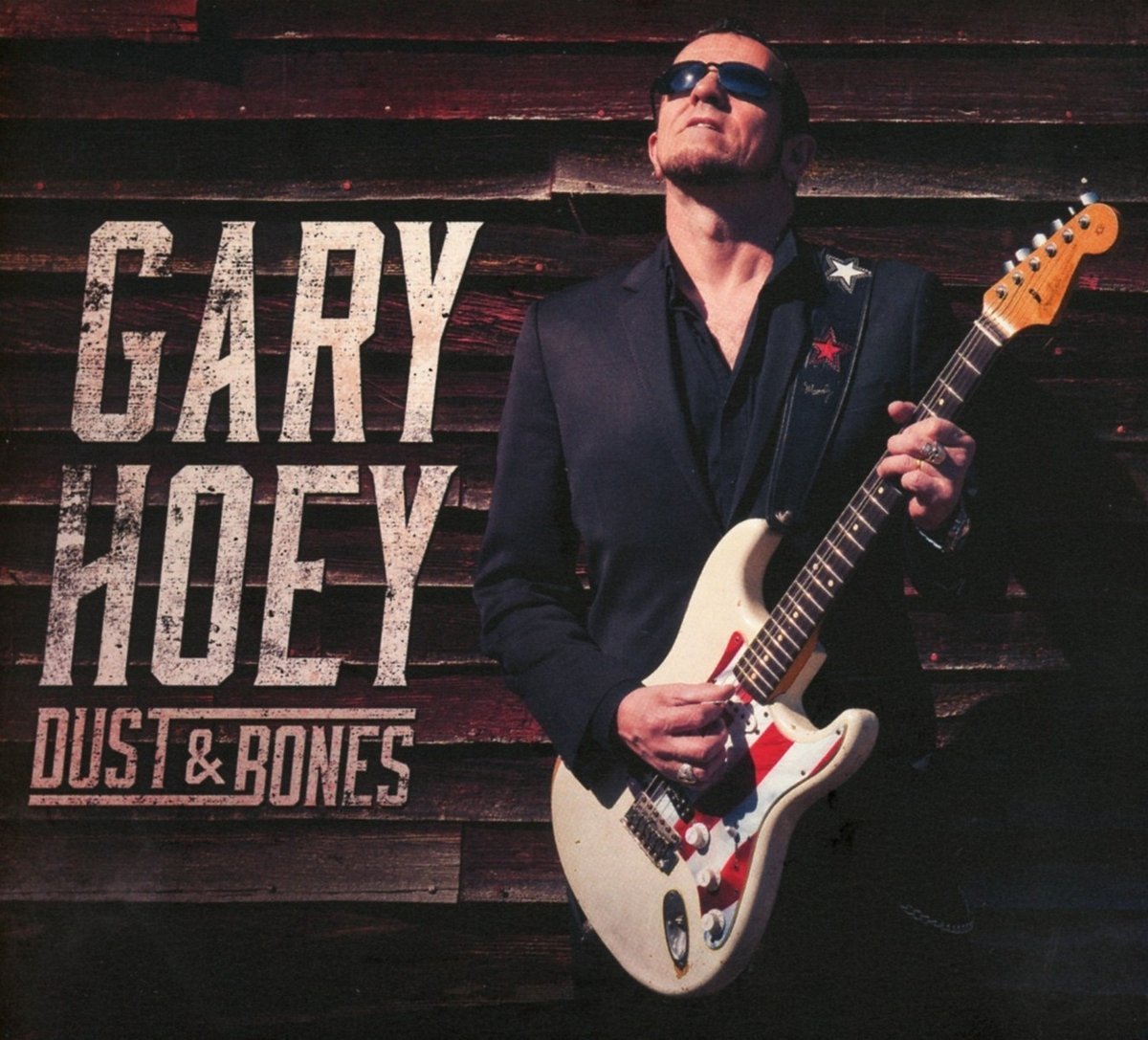 The blues/rock world is living a second youth, in 2016. This year, despite the sad loss of many famous worldwide music giants, is offering one of the most prolific moments in the history of the genre, through the release of many wonderful and eclectic records.

One of such records is, without a doubt, Gary Hoey's new album Dust & Bones, the 20th of his extraordinary career and the first to be released via Mascot Label Group.

For the debut with his new label, the American Guitar Virtuoso could have not chosen to record a better album than Dust & Bones. The album is the sum of the class, craftmanship and ability of an artist that, throughout his career, has never stopped to challenge himself, musically speaking.

Gary Hoey has always been and still is one of the most loved and appreciated rock guitarists worldwide. Now, through his previous record Deja Blues and especially with Dust & Bones, the American artist can be deservely labelled as one of the best blues guitarist too.

The new album showcases in full all the different sides of Hoey's artistry and his profound respect for some of the most inspirational guitarists of this century. The Guitar Maestro manages cleverly and brilliantly to incorporate elements of hard rock, blues, 70's rock and hillibilly in a kaleidoscopic music package with flawless results.

To find one highlight above all the tracks of the album is almost an impossible task. The title-track of the record is, perhaps, the most radio-friendly song of the album, craftly built on a solid wall of sound created by Hoey and his band.

When it comes to play blues, Hoey doesn't pull any string and push resolutely on the accelerator, spicing even further tracks like the opening Boxcar Blues, Back Up Against The Wall and Steamroller (the latter openly dedicated to Johnny Winter) with his distinctive rock touch.

The definition of rock, as genre, for Gary Hoey is not just related to one or two decades of music history or to one inspirational artist only. Through his delightful guitar solos, one can hear influences coming from artists like Joe Satriani or Gov't Mule, like in the tune Ghost Of Yesterday or ZZ Top and Cream, like in that splendid rock song that is Born To Love You. The whole array of influences is cemented together by the incredible artistry of Hoey that, on Dust & Bones, reaches the absolute peak of his music career.

Even when the tempo slows down a notch, like in that tender rock ballad that is Coming Home, where the wonderful Lita Ford makes a Special Guest appearance, the American artist showcases his maturity by penning a wonderful tune, enriched by excellent bridges and choruses. This is a song that has all the credentials to become one of the singles extracted from this splendid album.

Where everyone may expect, given Dust & Bone's structure, a powerful and fast-tempoed tune to close the album, Hoey surprises once again everybody by playing the only instrumental of the album, Soul Surfer. The tune is an ethereal journey through dreamy atmospheres that echoes memories of the best periods of artists like Ry Cooder and Carlos Santana but executed with the unique artistry and usual brilliancy of Hoey's guitar.

Dust & Bones is a true electric guitar songbook and the pinnacle of the career of an artist that has perfected, through the years, his artistic repertoire through hard work and an immense talent. It's an album to be played loud wherever you are and to be loved anytime, like it deserves.