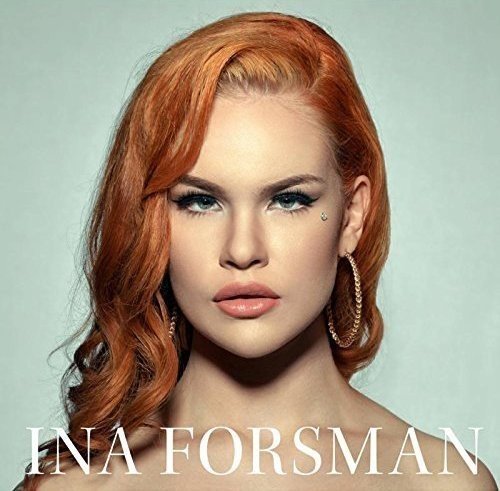 It is a very special feeling to hear young artists respecting and loving music genres which are not exactly radio friendly, nowadays and putting, at the same time, so much dedication, hard work, love and passion in their works.

This is exactly the case of Ina Forsman, a very talented young singer/songwriter coming straight from the beautiful city of Helsinki in Finland. After working for few years side by side with her music mentor and one of the most respected harmonicists in the world, Helge Tallqvist, this superb Finnish artist has gradually developed an unconditional love for genres like blues, soul, R&B, jazz and swing, a love so beautifully illustrated in Forsman's self-titled debut album.

Recorded in only one week in Texas, United States with a group of excellent studio musicians and the special support of Tallqvist himself plus the fabulous brass band The Texas Horns, Ina Forsman's record delivers to the listener 11 music pearls, showcasing in full the beauty of her voice at 360 degrees.

If you happen to listen Forsman's voice for the first time, you will be immediately reminded of  top performers like Christina Aguilera or Amy Winehouse but Ina Forsman is much more than that. This phenomenal singer, which has penned 10 of the 11 songs of the album, shows an outstanding maturity in understanding and appreciating music in its entirety and she does so with flawless class and elegance throughout the record.

Ina Forsman's album never falls flat or repetitive in any moment. Instead, it engages and challenges the listener to follow Forsman in every direction of her music path, doesn't matter whether it is a 1920's swing tune like Bubbly Kisses, a song about drunken sex or No Room For Love, a soulful R&B song in which Ina Forsman's intense vocal delivery reaches such an outstanding level of perfection somehow unimaginable, for such a young artist.

The closing track of the album is the only cover of the Finnish artist's self-titled record and it's Nina Simone's classic I Want A Little Sugar In My Bowl. Once again, Ina Forsman delivers an impeccable version of this song with the sole accompaniment of the piano, giving the listeners real shivers in the spine through her incredible vocals.

One of the highest qualities of this record, together with Forsman's great artistry, is the purity and passion that transpires from each individual song. There is true honesty, genuinity and a great will from the Finnish singer/songwriter to show how much she cares about music and how much she gives all of herself in every different expressions of her unique music talent.

A talent that, through the years, will surely take Ina Forsman to be recognised worldwide as one of the most inspired and eclectic artists of this generation.