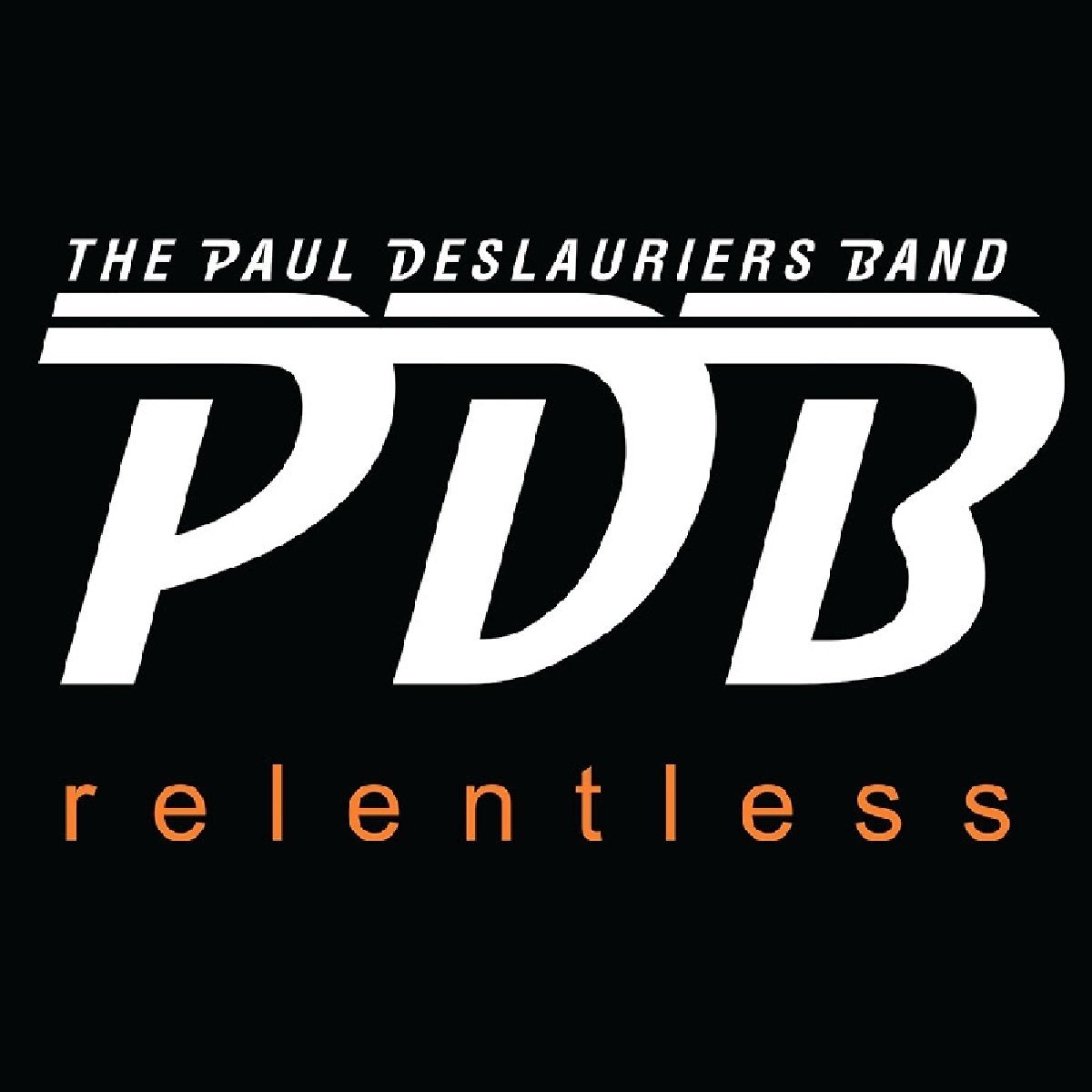 The history of rock and roll has been re-written thousand times, each times in a different way. Some artists succeed in the attempt to disassemble and re-build the genre through their own personal visions, some others fail miserably.

Thankfully, there is also who does not need to re-write a rock and roll history book, like the Canadian power trio The Paul DesLauriers Band, because they know exactly all about the genre by heart very well and understand that the secret in playing real rock and roll has always been and always will be instinct, immediacy and, most of all, bags of talent.

Through their second album called Relentless, the band steps up definitely in their music formula by delivering, through 10 superb tracks, an authentic and complete music vernacular that goes from the genesis of rock and roll (blues) to the evolution of the genre (roots and funk).

Individually, each musician is in a class of their own. Paul DesLauriers is a true virtuoso, when it comes to play guitar and he is also an excellent singer. Greg Morency on bass dazzles the listeners with such flawless fluidity and ability. Sam Harrisson on drums and percussion dictates the changes of tempo on the album with pitch perfect chronometric precision.

By having three musicians like these, recording together the whole album locked in the same room at the same time with a spotless interplay, the end results cannot be less then phenomenal and Relentless is indeed, to say the least, a phenomenal album.

There are different shades of rock for all different palates, on the Canadian band's new record. From the epic sound of tunes like the opener Stewtro Rock (Just Got Back) and Wipes Away Your Sin to the foot-stomping blues/rock of I'm Your Man and We Just Might until stepping into more rootsy territories, like in the song Up In The Air.

Even when The Paul DesLauriers Band delves into the roots of rock and roll, as in that magnificent blues ballad called If I Still Had You, the quality of their craftmanship and the consistency of their delivery is always first class.

The tracks Gonna Make You Move Part 1 and Part 2 might have been, originally, a long suite that the band decided to split in two separate segments.The first part is more rootsy, with little infusions of funk, sprayed cleverly throughout the tune. The second part, which also closes the album, is a perfectly executed instrumental blues/rock tune and frankly, those two tracks couldn't define any better the artistic message of a band with a great knowledge, respect and understanding of rock and roll.

Relentless is an album of rare beauty, whose sound frames beautifully the past and present of rock and roll at its very best. The Paul Deslauriers might have just pulled, through Relentless, one of the best albums of 2016.

Relentless is out now and it is available via Amazon