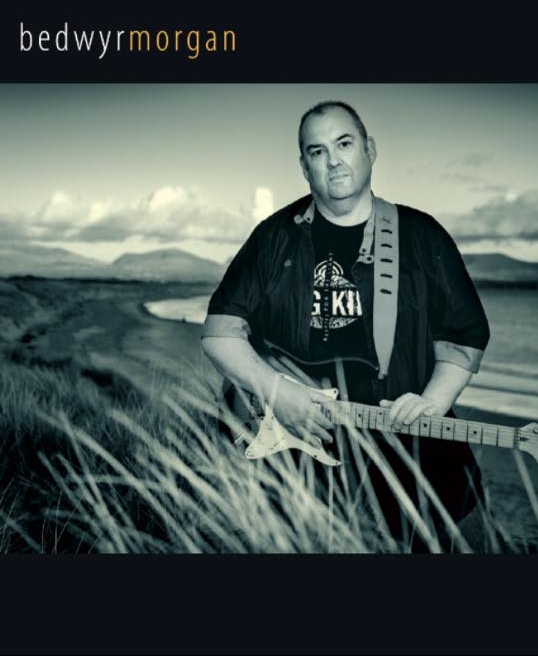 When Bluebird Reviews heard that somebody of the talent of Bedwyr Morgan was finally releasing his first solo material after almost 30 years spent On The Road with the iconic Welsh band MOjO, there was a lot of curiosity and excitement about it.

Morgan is an artist that, throughout the years, has always shown signs of great craftmanship, either from a songwriting point of view and as a singer and a guitarist too. His first self-titled solo effort is a mini EP containing 4 original tracks, 3 of which sang in Welsh language, the same tracks sang also in English version, plus a truly beautiful instrumental for a grand total of 7 songs.

The Welsh artist, despite the short length of the album, shows in full his potential through a blend of soft-rock that carries echoes of traditional Celtic music and the sound of 80's America's West Coast. The opener Ti Yw'r un (You Are The One) is an excellently crafted radio-friendly tune, on which Morgan skillfully builds great choruses to support a melody that could easily come out from the songbook of artists of the level of Chris Rea, just to make an example.

Llwybr O Ddagrau (Trail Of Tears) is powerful, with a thunderous guitar riff  and it is perhaps the best demonstration of Morgan's talent in its entirety, as a songwriter, a singer and a guitarist. While  A Fydd Y Glaw Yn Disgyn Lawr? (Will The Rain Still Fall?) slows down a notch the tempo of the album, the instrumental Machlud Celtaidd (Celtic Sunset) is an authentic masterpiece. The tender touch of Morgan's guitar is as light as a feather and evokes thoughts about the beauty of nature, its tranquillity and the feeling of flying on open spaces. The whole penned in such a wonderful way that maybe just the Mark Knopfler of his golden years might have been able to emulate.

Bedwyr Morgan's EP is a genuine work of an artist very passionate about music and his Welsh origin. There is a certain maturity in his sound and, at the same time a freshness that Morgan seemed to have left behind a little in his later years with the MOjO. If this is Morgan's music appetiser, we cannot wait for the main course to come.