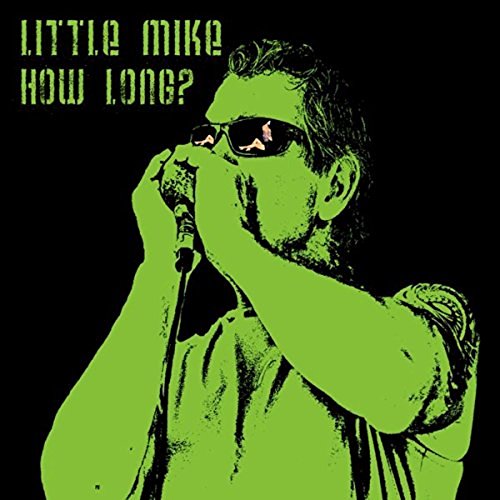 Every time Muddy Waters chose to take an artist under his protective wing, his choice was never dictated by chance but by an immediate gut feeling for pure talent. The twenty years-old from Queens, New York that he chose back in the days, has come a long way. Mike Markowitz, aka Little Mike, has not only perfectly assimilated the lesson of his all-time idols, such as John Lee Hooker and Pinetop Perkins, to name a few but also had the privilege of playing with them.

Through the musical path that led him to play with the cream of the blues and blues/rock worldwide and to become one of the most loved and respected multi-instrumentalist blues in the whole blues scene, since the mid-eighties Little Mike has been one of the greatest torchbearers of the genre, along with his own band, The Tornadoes. The American artist has been carrying religiously the traditions of the American blues, thanks to his immense talent and a deep understanding of the roots of the genre, incorporating in his own music formula the sound of the Delta Blues, the big-band and foot-stomping sound of the Chicago Blues and even the more contemporary New York style.

How Long ?, Little Mike's new solo album, is the perfect reflection of what Markowitz loves musically the most: an insane passion for blues united to the greatest respect for those blues masters which have inspired him professionally and personally. The album is a true homage to blues, although it als offers, at times, interesting insights about Little Mike's universal love for music through different sonic elements embroided in his style and in his songs.

When it comes to play harmonica or piano, everybody knows that Little Mike is a real phenomenon but often many forget how much of an excellent singer the American artist is too. On thie latter, his great skills as a vocalist can be fully admired in tracks like When My Baby Left, Eddie Taylor's cover Bad Boy and the song that closes the album, Sittin 'Here Baby, the definite proof that we face a true artist in many respects.

How Long? gives many moments of high artistic level, together with those already mentioned above. The class of the New York born and raised bluesman emerges repeatedly on both the instrumental Cotton Mouth and Sam's Blues, where his superb harmonica playing dictates the music tempos to the talented musicians that have accompanied him in the studio for this album. Smokin 'is perhaps the song that symbolizes the most Little Mike's charisma, with the artist tailoring a wonderful blues uptempo, built with his favourite instruments, harmonica and piano in a rousing and highly entertaining tune.

One of the most beautiful surprises of the album is the song Not What Mama Planned, a track that incorporates shades of blues, jazz, funk and even tinges of Southern Rock. Whatcha' Gonna Do also offers a different angle of Little Mike's vast music background, by carrying throughout the song a beautiful, harmonius and solid R&B sonic carpet. Two songs which are true testimony of the musical impact that artists like Stevie Ray Vaughan and Robert Cray, with which Little Mike has performed with throughout his career, have also given to the rich and eclectic sound of this very talented artist.

How Long? is a record that entertains, captivates, surprises and moves at the same time. The album is a timeless journey in the traditions and history of the blues, performed by an artist at the peak of his career and able to understand the artistic importance and the social impact that a genre like blues gave and still gives to all the music coming from every part of the planet. How Long? is more than a record, it is food for soul because written, played and sang by the soul of a true bluesman.

How Long? is out now and it is available via Amazon and ELROB Records.