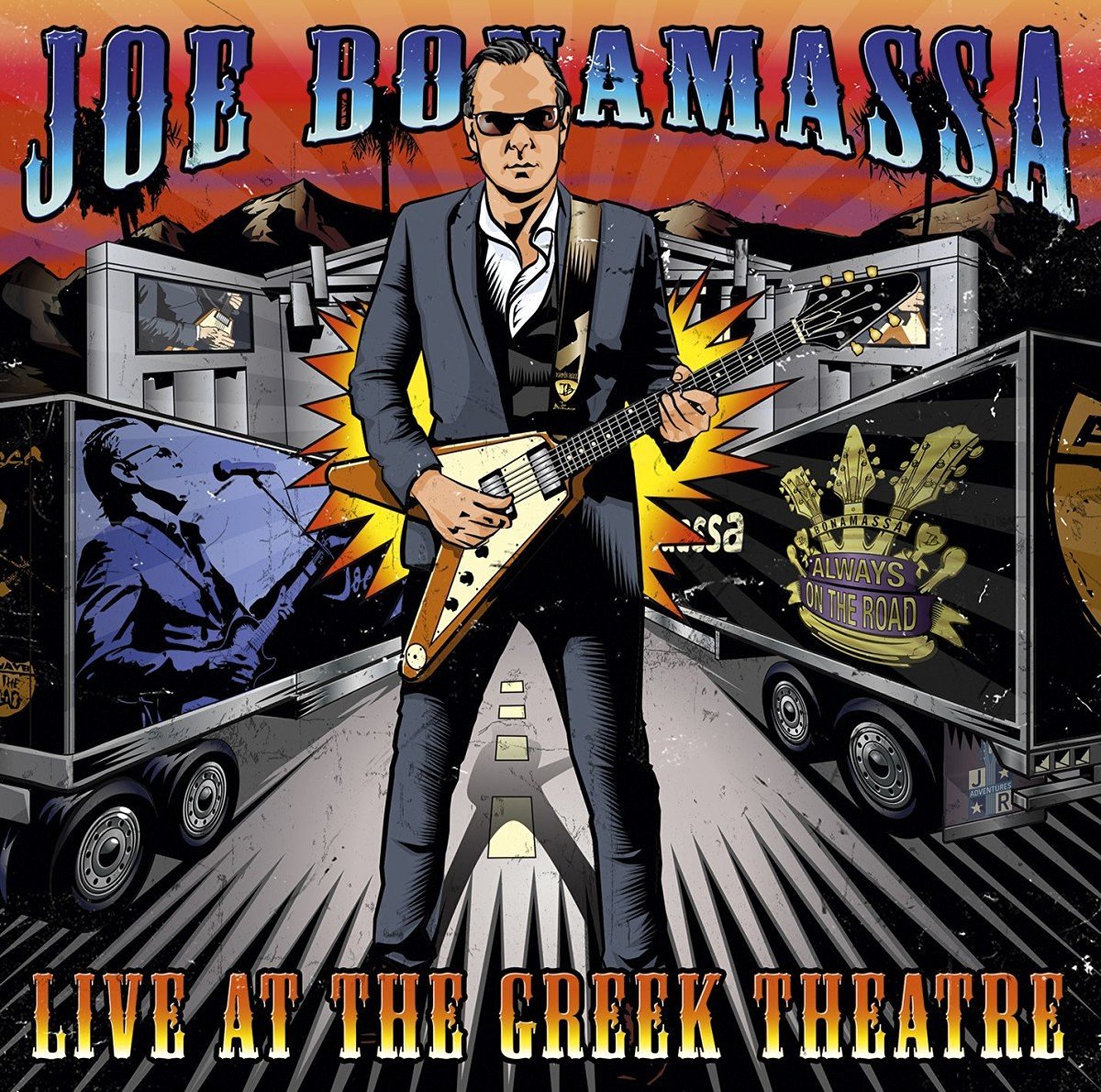 Joe Bonamassa is not just one of the most celebrated guitarists of this generation but also somebody that likes to express his talent through venues of a certain grandiosity. Last time he chose to record a live album in a fairly small club was few years ago at The Borderline in London, UK, at the time of The Tour De Force project. Since then, all of his live albums have been recorded in some of the most important music venues worldwide.

Located few miles away from where the Guitar Maestro lives, The Greek Theatre is a magnificent structure situated almost opposite to Berkeley University in California, the perfect place for Bonamassa to end the 14-dates Three Kings Tour, dedicated to Albert King, Freddie King and B.B. King's music.

In comparison to his previous live release, a tribute to Howlin' Wolf's wide discography, Live At The Greek Theatre shows a greater determination and passion in honouring three of all-time giants of the blues genre.

Although the choice of songs selected by Bonamassa maybe sometimes debatable for each of the Three Kings, there is no doubts that the 10 musicians accompaining Bonamassa on stage put their very best effort and craftmanship to please the crowd in this very special night of music.

The show is divided in three different segments of six songs each, starting with Freddie King, continuing to Albert King and concluding with Bonamassa's most favourite Blues Guitar Hero B.B. King. Out of the whole setlist, there are some serious highlights and occasional little disappointments, mostly due to a bit too much over-arrangements on some of the tracks perforrmed.

Sittin' On The Boat Dock is one of those tunes that should have given more justice and retribution to Freddie King's talent, at the time the song was released and it is great to see Bonamassa paying respect to this music jewel by performing a splendid version of this great song at this show. Albert King's Breaking Up Somebody's Home and Angel Of Mercy are, though, the real stand out tracks of the entire show, with the latter especially played with such intensity and passion by the American guitarist, something that Bonamassa has reserved just to defining moments of his live activity, like the 2009's Royal Albert Hall concert, for example.

As one would expect, Bonamassa leaves the B.B. King section for last, with some highs and lows. While Hummingbird's arrangement is a little bit too overstretched, on the other end Nobody Loves Me But My Mother, one of Bonamassa's most favourite B.B. King songs, is pitch perfect and shows, once again, the reason why the blues genre and Bonamassa's talent are a match made in heaven.

The encore includes three songs, one for each of The Three Kings, in which the instrumental Freddie King's Hide Away is the perfect platform to showcase, once again, Bonamassa's majesty on guitar.

Live At The Greek Theatre is a highly entertaining show but we already knew very well Joe Bonamassa's stature as a performer or his artistry as a guitarist, prior to this new release. The American guitarist seems to be able to express his very best, artistically speaking, particularly when he feels a song close to his heart and soul, a little like he does on Angel Of Mercy, as previously stated and that is the Bonamassa that so many music fans love and respect.

Bonamassa has showed on this album, once again, that when it comes to put up a sumptuous live show, very few are able to do so as well as it does in nowaday's music business and credit to him for doing always a lot for the blues and the survival of the genre. Now it's time for the Guitar Maestro to concentrate his attention on following up his latest studio album, Blues Of Desperation and write again his own masterpieces, like he did on albums like You And Me, The Ballad Of John Henry or Black Rock, for example. Because we are sure that Bonamassa has got still plenty left to gift the fans with, as a songwriter. Until then, let's enjoy his personal homage to The Three Kings through the beautiful Greek Theatre show.