Painting Rockets - From The Debris EP 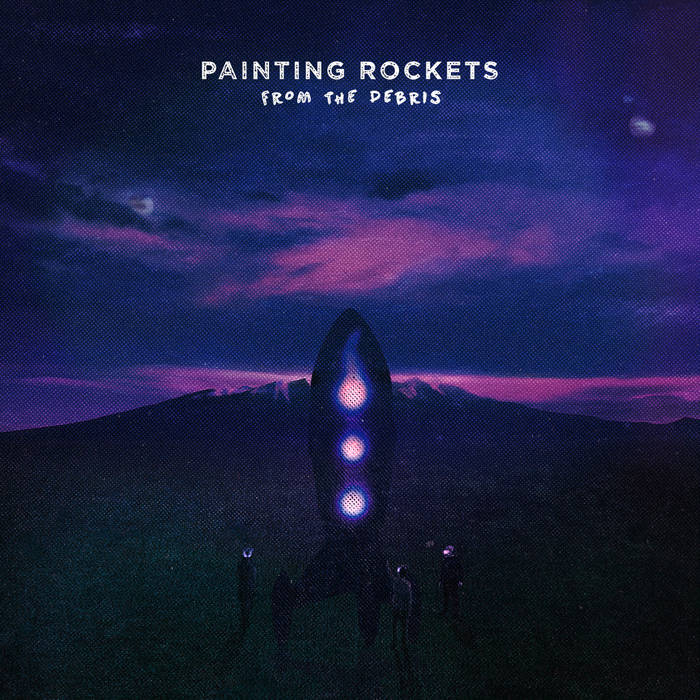 Scotland's Painting Rockets are an impressive post-punk pop duo fronted by guitarist/keyboardist Stephen Christie along with vocalist Keli Thomson. They initially came together back in 2014 and have recently released their latest EP titled, From The Debris. It's musically loaded and packed with exciting punk and post/punk sounds.

Often, inexperienced minimalistic duos can often end up sounding very raw and sparse. Not the case here.The two sole members of this duo more than make up for any potential and casual lapse in musical conversation by their adept use of sonic time and space. In the end we are left with a full and lavish production that is as impressive sonically as it is musically.

The opener, I’ll Be Fine,kicks off with a way cool lo-fi efx patch; then,with guitars quickly leading into PIL territory. Propelling drum patch drives the song throughout. As we approach the climax we are treated to a very affective vocal crescendo. Christie and Thompson truly knows how to start off an album.

Christie and Thompson as musicians, competently communicate a distinct and eloquent musical language; their songs at times incorporating an ethereal dynamic. One example of this is the third song, Empathy. Christie’s sequenced synth’ line at the intro is at once followed by sharp, rugged guitar.Then, without warning we are treated to a totally unexpected drop-of-a-dime halt; immediately followed by a soothing atmospheric keyboard break. A challenging and very well executed track.

Throughout the album the Scottish band displays their versatility in a myriad of ways. On the song,Paranoid, we are immediately confronted  with an ominous keyboard patch which swiftly takes us into parts unknown. Minimalistic, even avant-garde to some degree. This is a pleasant change-up on this all instrumental piece and displays the band’s boldness with regards to taking chances and the willingness to step out. Yes, the feeling of Paranoia ensues, thanks to clever instrumentation and a tune which would certainly fit well onto the soundtrack of nearly any film.

The closer, The Chaos Is All So Beautiful, shows the softer side of the duo. In this instance the sound and vibe is overtly melancholic; bringing to mind bands like The Velvet Underground who were memorable for 2-chord compositions such as this.

Painting Rockets, like the best punk/post-punk/new wave bands produce short-mini- sweet pop ditties that are well composed and performed. The vocals are muscular yet sensitive and emotive. Although there are times when the lyrics are indecipherable this only adds an element of mystique and charm to their material.

From The Debris is a mature and very solid second outing for a band that seems very confident in the musical direction they are headed towards.

From The Debris is out now and available via Bandcamp