Nine Below Zero - 13 Shades Of Blue 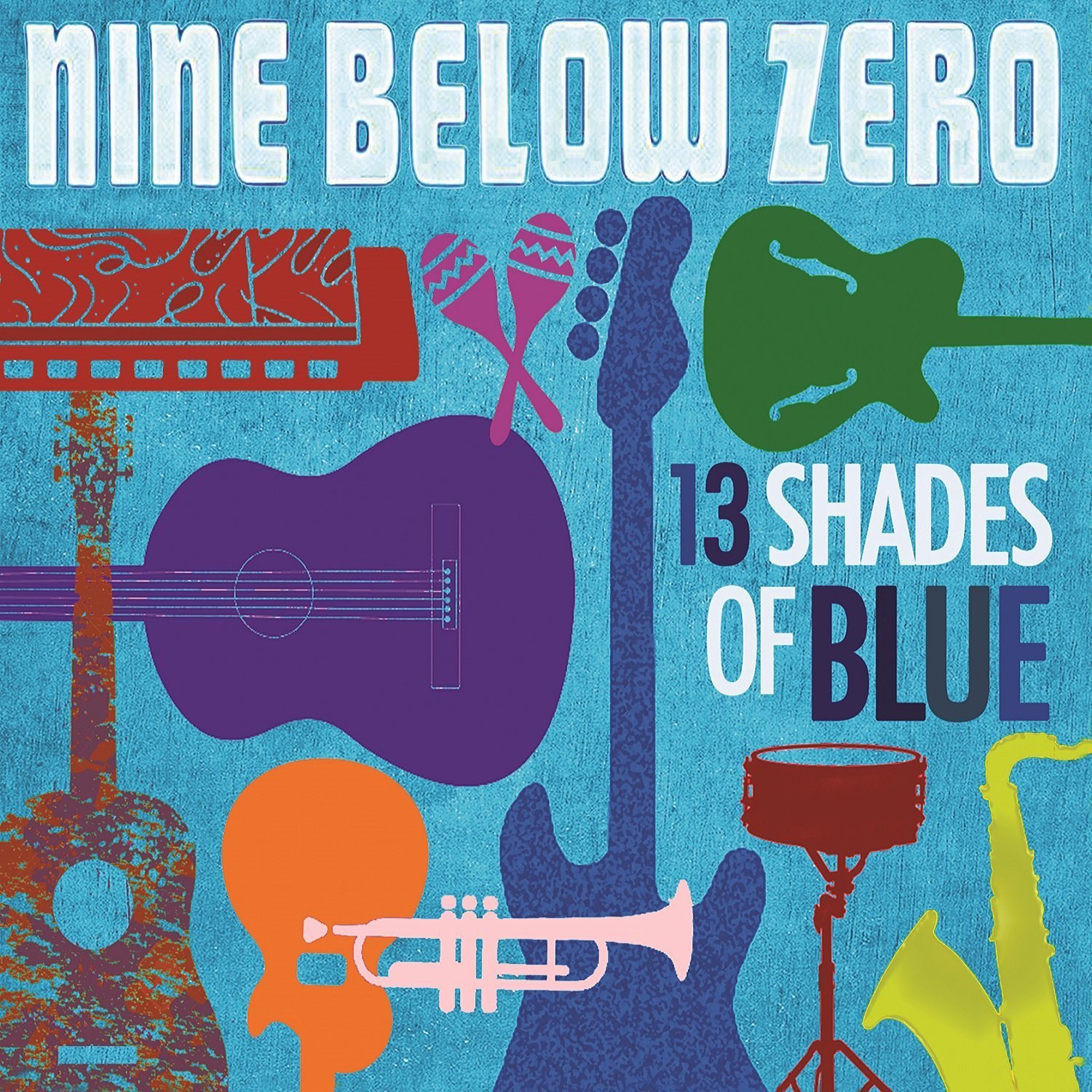 The British Blues, R&B and Soul band Nine Below Zero is one of those very rare group of musicians able to travel through the music decades thanks to their unique music combo, without feeling the weight of changing times and fashions.

Formed in 1979, the collective created by two of the finest British musicians, Dennis Greaves on guitars and vocals and Mark Feltham on harp and vocals, saw the peak of their media popularity through the iconic 80's BBC TV Serie called The Young Ones, in which the band was regularly featured. The band built through the years, thanks also to the addition to the original line-up of the band of Mickey Burkey on percussion and Bryan Bethell on bass (plus touring bassist Ben Willis), a serie of remarkable commercial successes, from the epic 1980's Live At The Marquee's album until the more recent 2014's re-release of one of their most successful records, Third Degree.

Throughout the 35-plus years of Nine Below Zero's existence, many of the original band members left and then re-joined the collective from time to time. It took, though, the suggestion of one of Greaves & Co.'s good friends and Universal's catalogue man, Johnny Chandler to the band on making an album that would pay tribute to Blues and R&B, to generate new enthusiasm within the band and make possible that this eclectic group of musicians would enter the studio once again with their original line-up. It didn't take long for Nine Below Zero to think about paying tribute, through this new record, to their most favourite artists by playing their own personal cover versions of some of such artist's classics and hidden gems of their repertoires.

What came out of the band’s musical top hat is truly excellent. 13 Shades Of Blue, Nine Below Zero's new album, is a remarkable homage not just to the genres previously mentioned but also to the work of pioneers of genres like Funk and Cajun of the 50's and 60's.

For this exciting project, Nine Below Zero decided to call a generous number of fellow musicians to help them cutting the record in the studio, with a full array of instruments including a Horn section, violin, accordion, backing vocals and even an ukulele.

The sound of the British collective on this album is as sharp, powerful and cohesive as it has never been before, a clear sign of artistic maturity and high level of craftsmanship. Senior’s Soul classic  Don't Lay Your Funky Trip On Me is the perfect opening statement of the album, a tune that enhances the rich sounds and powerful vibes coming from the English collective’s great artistry.

Dennis Greaves is a truly fine guitarist, as repeatedly demonstrated through the whole band’s career and this new album is no exception. Little Milton’s That’s What Love Will Make You Do and B.B. King’s You’re Still My Woman display Greave’s ability in full swing, through two memorable guitar solos. As an added bonus to the record, his vocals too get better and better too, as the years go by.

Mark Feltham is an authentic Harp Virtuoso that has reached numerous by the worldwide music press and fellow musicians in his career, thanks to his great talent and his artistic background showcased through the last 4 decades of music, not just with Nine Below Zero but also by collaborating with artists such as Terrorvision, Dido, Oasis, Talk Talk, Joe Cocker and Roger Daltrey, just to mention few of the great acts Feltham has been working with in his career. His harmonica sound may fly like the speed of light in John Mayall’s classic Crawling Up A Hill or provide the ideal sonic carpet with his playing style for the whole band in It’s Your Voodoo Working.

As much as Greaves and Feltham’s artistry fully deserve to be underlined, it’s also true that those 13 tracks couldn’t sound as effective and well executed as they are without the support of the splendid group of musicians present on the album. Charlie Austen on vocals gives great justice to Aretha Franklin’s Don’t Play That Song and Stephen Large on Piano does a very fine job too, on the same tune.

Bryan Bethell and Ben Wallis on bass are the engine of a spotless rhythm section of a band that emanates energy and class throughout the whole album. When it comes the time to close an album in style, Nine Below Zero never fail to deliver the task. Allen Touissant's Hercules perhaps doesn't pack the same punch on the vocals as much as previous versions of this track as other artists have made, like Boz Scaggs or Aaron Neville, for example. Still, the band plays at their finest, with the Horn section of Chris Rand, Adam Davey, Tom Waters and Jazzy Jeffery Brown shining through the whole song with a masterful performance.

The closing track is pure loudness and fun, in true Nine Below Zero style.  Boozoo Chavis's Paper In My Shoe is finely executed by a band, once again, in splendid form, with Greaves launching himself even in singing few lines of the tune in French language, adding a sprinkle of extra fun to the collective's sound.

13 Shades Of Blue is a record that shows a band expressing class, energy, creativity and respect for their music heroes without taking any heavy license at all off the original versions. Still, the vibes that Nine Below Zero exude are perfectly recognisable, thanks to a trademark sound that has accompained the band for their entire career. A career that just gets better and better with each passing record.