Jeff Healey - Holding On: A Heal My Soul Companion 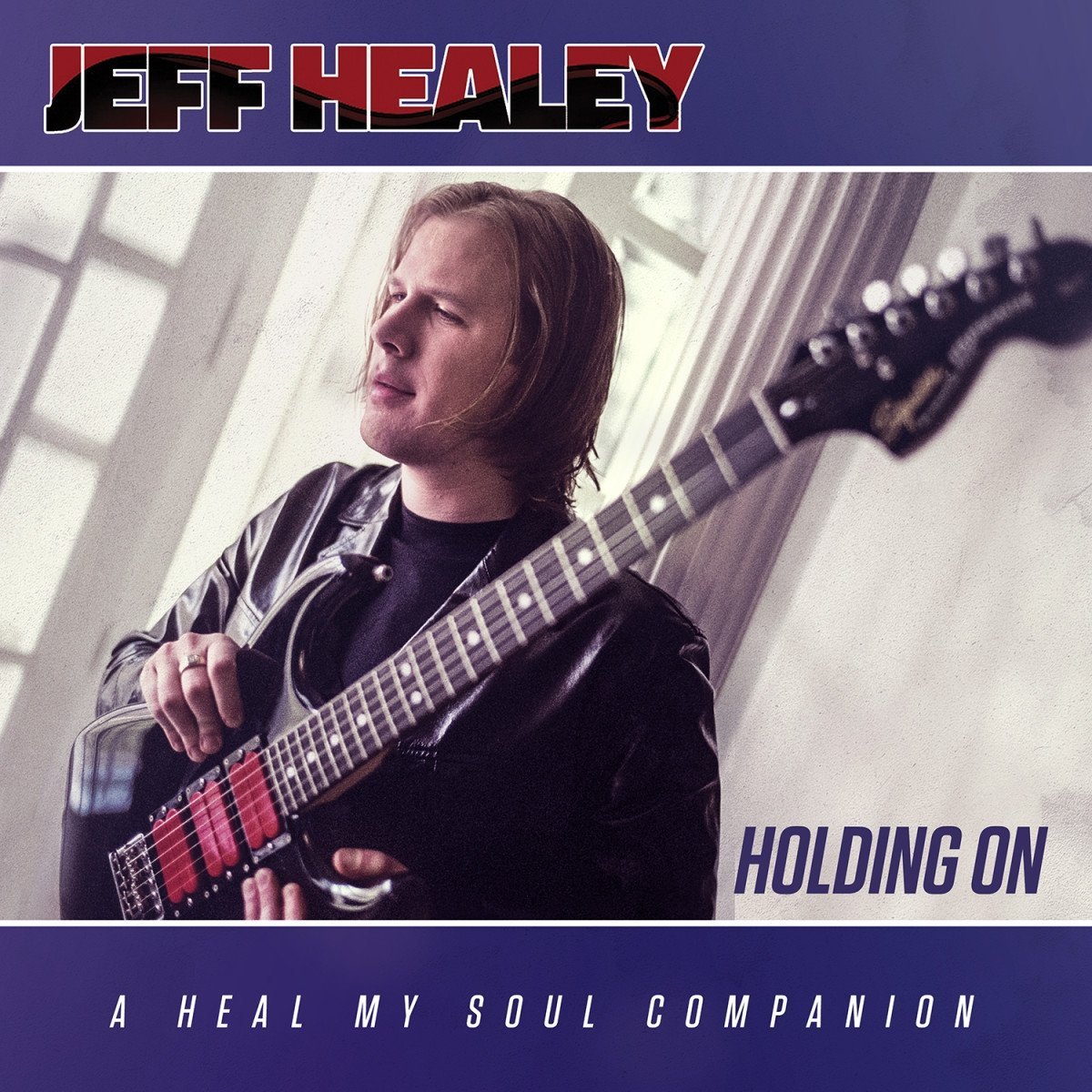 Curious how sometimes, in the music industry, remarkable material comes to the surface just after an artist's passing. Jeff Healey's Heal My Soul had been already one of the biggest and most welcomed surprises of a tumultous year for music like 2016, therefore, the announcement of a further release, Holding On: A Heal My Soul Companion brought an even bigger smile on the faces of not only those that loved Jeff Healey's artistry but to everyone that loves music of the finest quality unconditionally. Because this is indeed a very fine record.

Where Heal My Soul had finally brought to the light of the day some original, undiscovered (until now) gems written and played by the Canadian Guitar Virtuoso, Holding On.. shows instead different sides of Healey's enormous talent, as a songwriter and as a live performer. While the 5 Heal My Soul studio outtakes opening the album are an ulterior statement of Healey's artistry, the live performance recorded in Oslo in 1999 is the undisputed centrepiece of the whole record.

Between the outtakes included in Holding On.. Love Takes Time and Dancing With The Monsters shine in all their beauty and intensity certainly more than the others. Love Takes Time sees Healey pushing heavily on the rock pedal, though still maintaining a great balance between melody, quality of lyrics and the magic of his guitar sound, a sound that is strong and passionate exactly like the Canadian artist's personality. Dancing With The Monsters, although maintaining a solid rock vibe, it's more rootsy and allows Healey not just to display once again his unmistakable class as a guitarist but also his incredible voice, something that, in Yours Truly's opinion, has never been underlined and appreciated enough by the media throughout Healey's career.

Roger Costa, Healey's official archivist, has done once again a stellar job in bringing back to the surface some of the most glorious moments of the Canadian artist's career. The live performance present on Holding On... is a true masterclass in music. Healey does not just sound as powerful and inspired as he has ever been, in this recording, but also very happy, relaxed and amiable as ever.

To be able to select few tracks out of this memorable live performance is a titanic task. Healey always played anything that he wanted in his live concerts and this one is no exception. His cover versions of Robert Johnson's Dust My Broom, The Beatle's Yer Blues or How Blue Can You Get, a song that became one of BB King's signature pieces at his concerts, are truly outstanding. Even when Healey indulges himself by covering Stealers Wheel's classic Stuck In The Middle With You and The Champ's Tequila, he never loses track of his craftmanship and his ability as a guitarist and as a singer.

The temperature of the live performance, though, raises two notches when Healey is playing his own material. The semi-acoustic delivery of Macon Georgia Blue is so superbly crafted that the whole song feels like a blast of fresh air in the hottest night. Undoubtedly, one of the highest moments in Healey's career as a lyricist and as a performer.

The live version of Holding On, at the time of this recording still unreleased, encapsules perfectly the whole essence of Healey's creativity. There is wilderness, style, soul, once again excellent songwriting and bags of talent on guitar. Healey, vocally, has never sounded live on stage any better than this. The closing See The Light, one of Healey's biggest hits in his incredible career, feels a bit like a messianic ritual for all of Healey's fans. The Canadian artist is literally unstoppable. The power of his guitar sound resonates in the Norwegian skies like a rocket flying at the speed of light, the right conclusion to an utterly superb concert.

Holding On: A Heal My Soul Companion is a record that make us all miss even more the class and the talent of a true musical genius like Jeff Healey, taken away from life far too soon. His attitude, his personality, his versatility as an artist still speak to the hearts and souls of thousands of people now as much as when Healey was still with us. Human gifts that even death cannot take away from us all.

Holding On: A Heal My Soul Companion is out now and can be ordered via Mascot Label Group