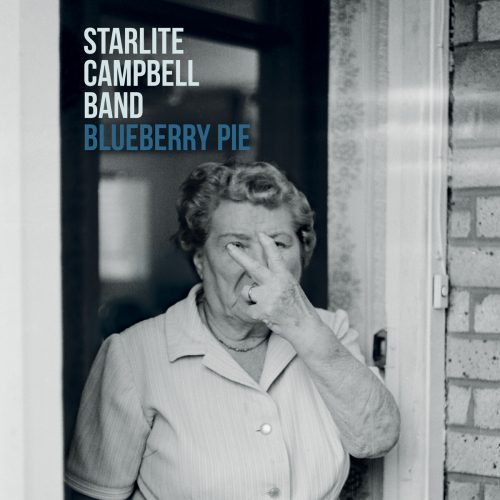 Love is an extraordinary gift in every sense of the word. When English artists Simon Campbell and Suzy Starlite got married in 2014, their union wasn't just simply a natural combustion of two loving souls but also the union of two very talented musicians with one, big passion in common: the Blues.

After working very hard in the last 24 months on writing and recording over 60 songs, the two artists finally managed to put together their debut album as Starlite Campbell Band, called Blueberry Pie.

It's an album that shows many interesting sides of these two fine musicians. Comprising eleven original tracks, Blueberry Pie is a record that shows the great versatility of both Campbell (Vocals, Guitars and Percussion) and Starlite (Bass, Vocals) as songwriters, as well as singers too.

Supported by two impressive musicians like Steve Gibson on Drums and Percussion and Jonny Henderson on Hammond Organ and Wurlitzer Piano, Starlite and Campbell offer an eclectic collection of songs, with a definite blues/rock imprint that goes back to a late 60's, early 70's era.

The overall sound of the album is never monotone, instead, the listeners may find here and there hints of Folk, Jazz and even Southern Rock, the whole excellently assembled and played by Campbell and Starlite, whose interplay on the whole album is pitch perfect.

The title-track is certainly one of the highlights of a well-crafted album like Blueberry Pie. Half a way between a Folk and a Blues acoustic ballad, Campbell's work on slide on this song is absolutely phenomenal. The fusion of Starlite and Campbell's vocals is superb and the tune is the deserved centrepiece of the album in many ways.

Even when the musicians indulge themselves a little, on that splendid instrumental that it is Shimmy, the quality of the musical delivery maintains constantly a very high artistic level. Campbell and Henderson tease each other brilliantly on this tune, with very entertaining results.

Thrill You is an exquisite and touching closure of the album. It is a suave, bluesy declaration of love through music from Campbell to Starlite, something that sums up perfectly not just the great, personal relationship between the two artists but also their genuine musical combustion.

Blueberry Pie is an album that carries within so many flavours. It's Campbell and Starlite's artistic token of love and respect towards not just Blues but also for music in its entirety. A truly inspired debut.