Lisa Biales - The Beat Of My Heart 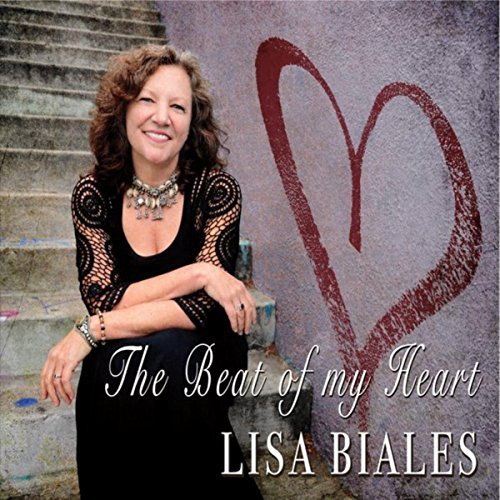 A record born as a devoted homage to her mother. This is certainly one of the many ways to look at the Ohio-native Lisa Biales brand new album, called The Beat Of My Heart.

In a career span as a solo artist that started back in 1999, at the time that Biales worked on her first album called Music Box, there were already clear signs back then of the talent and class of the American singer as the next Rising Star in the music industry. Now at her 9th solo album, Biales has not just fulfilled the expectations of critics and music fans as one of the most talented performers worldwide but she has also, through her new record, managed to achieve something that this wonderful artist wanted to do for quite some time. Biales has always secretly loved to merge classic and contemporary styles in her music by making an album made of songs of fellow artists she always loved and respected. The inspiration to finally reach this musical goal came from the finding of a 78-record, a very old album that was recorded in 1947. The album contained a song called Crying Over You, written and performed by her mother, Alberta Roberts, whose vocal delivery sounds nowadays as strong, passionate and vibrant as it was 70 years ago.

Biales took this discovery as a sign. She saw, through this amazing finding, not just the opportunity to pay a touching tribute to her mother and her talent by reinterpreting her mother's song herself but also the opportunity to cover, in her own unique way, some of her all-times favorite blues and jazz tunes, creating a timeless bridge between the past and the present of both genres thanks to her amazing voice and the works of some of the finest musicians of the L.A. music scene.

Drummer Tony Braunagel has done a fabulous job in producing The Beat Of My Heart and creating, together with those awesome studio musicians, the right atmospheres and vibes around Lisa Biale's phenomenal vocal skills.

The Beat Of My Heart is a record that displays many layers of what the blues and jazz is according to Lisa Biales. At times, the musical arrangement of some evergreens like Nina Simone's Be My Husband is strictly true to the original, not just musically but also vocally, thanks to the singer/songwriter splendid execution of the song. Some other times, when Biales moves to a more jazzy-influenced territory, it's rather astonishing to hear how brilliantly she manages to transform one of Carrie Newcomer's most famous Americana songs, I Should Have Known Better, in a wonderful piece of avant-garde jazz, supported wonderfully by Jim Pugh on Steinway Piano. 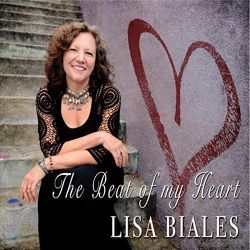 There are many stars shining in the musical sky of The Beat Of My Heart. Together with Biale's inspired own version of the aforementioned Crying Over You, where the American artist leaves her mother singing the first verse before taking superbly control of the song afterward, another definite highlight of the album is Eric Bibb's cover of Don't Let Nobody Drag Your Spirit Down. Biales sings Bibb's lyrics with such passion, power and intensity second to none, with her performing level reaching a remarkable peak of excellence.

The Beat Of My Heart marks a considerable step forward in Lisa Biale's career. It's a record that fully rewards the artist's vocal agility and class, showcasing a talent that gets better and better on each passing record. This is undoubtedly the record where Lisa Biales takes a decisive leap into music stardom.