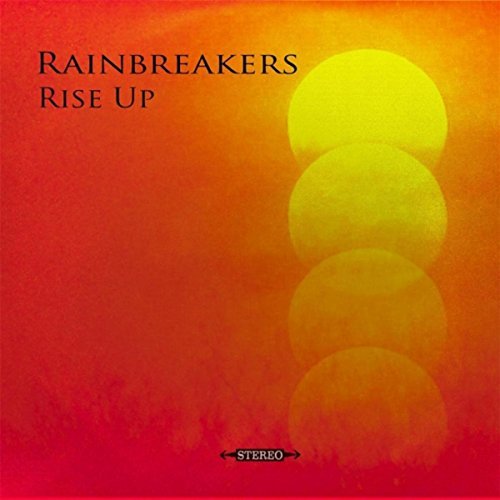 In the vast panorama of British Blues and Rock scene, constantly moving forward the sound of such genres to new and exciting musical territories, the new EP of the Shropshire-based quartet Rainbreakers called Rise Up fits right in to this concept. The follow-up of their first and very well received debut EP Blood Not Brass is the natural progression of the band's musical evolution, from a songwriting point of view and a sonic one.

Rise Up includes 5 brand new songs channeling sounds of 4 different decades of music altogether. From the soul of the '60s to the blues and R'&B' of the 70's and 80's, right to a 90's garage-rock style. The result is an interesting combustion of rich melodies, bringing back fond memories of the Stax Records period combined with a more aggressive and heavy guitar riffs and wah-wah's usage.

The lyrics of the 5 songs included in Rise Up reflect instead a more straightforward storytelling style from the British collective, in comparison to their complex sound structure. From the different stages in a love relationships, like in Waiting On You and Perception, where the music tempo of the two songs filter almost into one another but with a different vocal attack from Ben Edwards, Vocalist and Rhythm Guitarist of the band, to the bitter feeling about recent political events happening in the UK, like Brexit, in the EP's title-track Rise Up, where the sound of the band becomes harder, unleashing the more Rock side of their musical project.

One of the most interesting tracks of the EP is the closing Living Free. The band put up their best Rock clothes in full regalia and the quality of their sound becomes more richer and opulent. The whole band shines in full on this tune, with Charlie Richards, Lead Guitarist of the band playing a killer solo of a very high level.

Rise Up confirms once again the Rainbreakers as one of the most promising new bands coming from the United Kingdom. There are clear signs of a skilled collective that is finding, little by little, their own sound and there is no doubts that, in years to come, Rainbreakers will make, thanks to their talent, their own mark in the music industry.

Rise Up is out now and available via Rainbreaker's Official Website