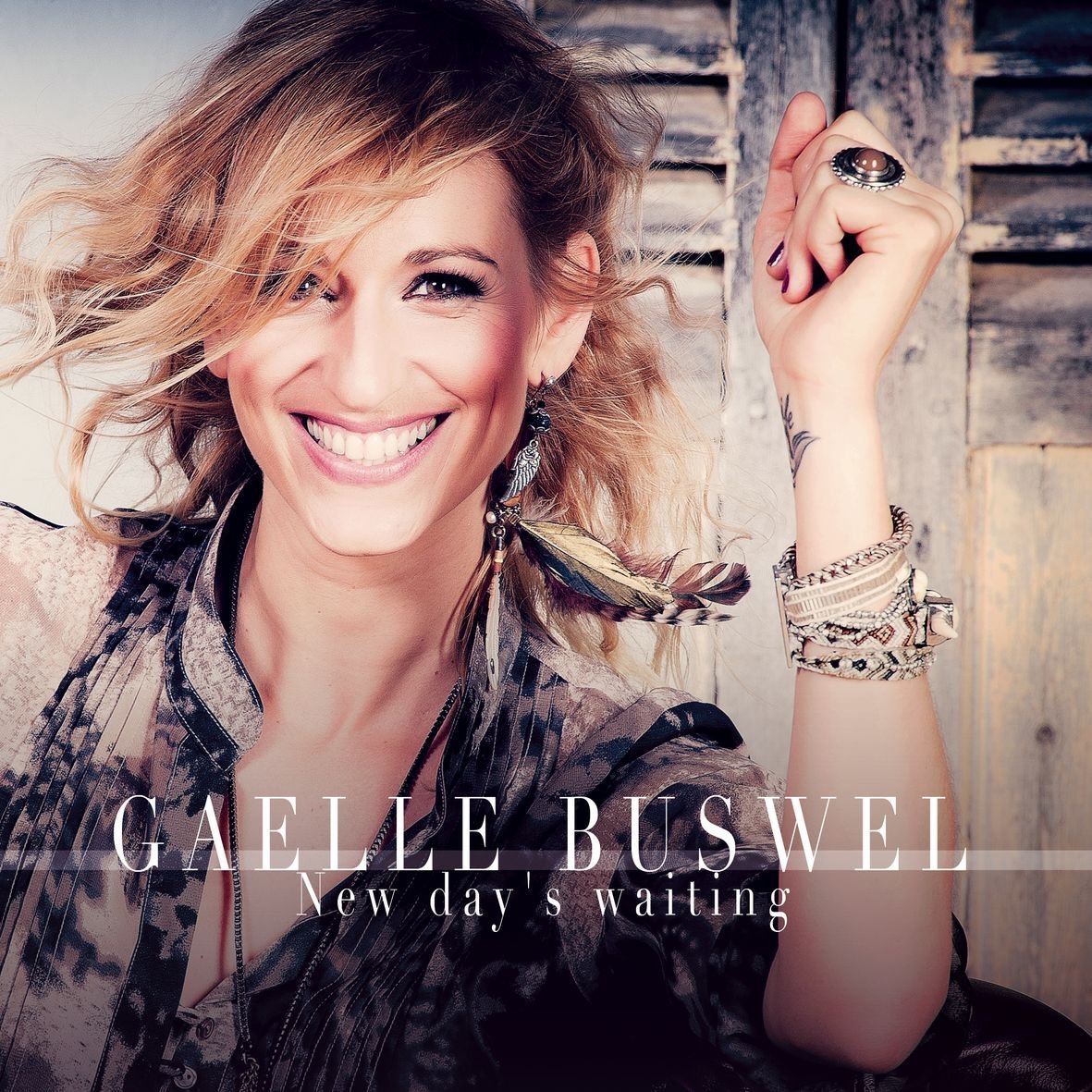 If you want to achieve your goals, you have got to risk it all. This concept might have been in the back of the head of French blues/rock artist Gaëlle Buswel, at the time her brand new album, New Day's Waiting was written and recorded.

The genesis of Buswel's new album started back in 2015, when the French artist decided to pack her luggage and travel to the United States for a month and a half, searching for inspiration for her next music project. The journey proved to be a very successful one for the singer/songwriter, with Buswel immersing herself deeply into the roots of the blues and the rock, two genres very close to her heart.

New Day's Waiting is certainly a record that shows Buswel's talent at 360 degrees and gives the opportunity to new and old fans to get to know Buswel's music background even further and appreciate in full the talent of this singer/songwriter. The opener Dreams Set Me Free and Wonderland are the true demonstration of Gaëlle Buswel's natural ability to write and deliver great songs, thanks to her beautiful voice. There are echoes of Southern Rock emerging here and there, in the opening one-two of the album, where Buswel is also supported splendidly by her studio musicians which provide a solid, sharp and robust contribution to all the 10 songs included in New Day's Waiting.

This prodigy singer/songwriter is certainly full of surprises on her new record. If I Fall and New Day's Waiting are two splendid acoustic numbers, where Buswel's voice unfolds like a delicate flower revealing its petals. It's when she pushes on the accelerator, though, that Gaëlle Buswel displays her full, natural talent as a vocalist and as a performer. So Blue is a fast tempo, 70's rock-tinged tune that carries within traces of that added bluesy sound typical of the early Stones or even Bon Scott's AC/DC. Buswel's vocal deliver is once again strong, powerful and her band's rhythm section performance on this tune is an absolute knock-out. 25 Hours is another foot-stomping and fast-paced tune, where Buswel elevates her singing style to new, mesmerizing highs.

Even when the French artist slows down the tempo of the album, the results are still remarkable. No One Else sees Buswel duetting beautifully with a musician she met in the States, called David Quick. This acoustic tune and the closing Soldier Of Love are certainly among the best vocal performances, not just of the album, but perhaps of Buswel's whole career to date.

New Day's Waiting consecrates Gaëlle Buswel's talent once and for all. The singer/songwriter used to be called one of France's most promising artists. That promise has now become reality, thanks to this record.