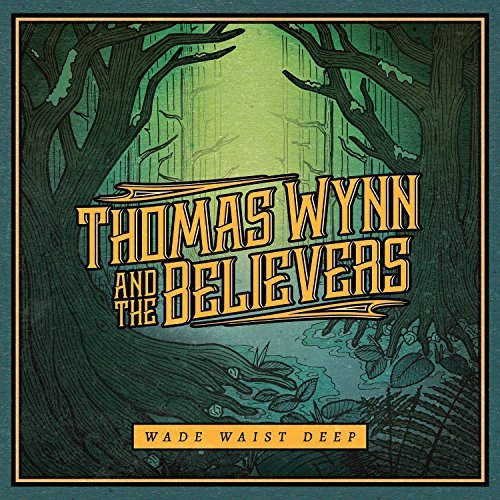 There are always big expectations coming from any music fan all over the world, when you hear that a band like Thomas Wynn And The Believers had been chosen, in the Florida's music scene, as best Rock Band and Country/Folk Band for seven consecutive years.

On their brand new album called Wade Waist Deep, even the most sceptic fan can understand why the collective from Orlando has received so many high praises from music lovers and worldwide press through the years. Their sound runs deep in the roots of Southern Rock but with a more contemporary twist, with lashes of Soul and R&B here and there making the musical offer from Wynn and his band sounding even more palatable.

Wade Waist Deep is a record with many twists and turns, sound wise, with Wynn's lyrics adding a certain depth of spirituality to the songs. Working with a highly experienced producer like Vance Powell certainly helped the sound of the Florida's collective in striking the perfect balance between the remarkable vocal range of Thomas Wynn and his eclectic guitar playing style with The Believer's arsenal of skills and talent as musicians.

Wynn's powerful style as a singer, on this album, is in full display. With its highs and lows and sudden changes in tone, often through the same song, Wynn's voice portrays perfectly the moods and the vibes of each song's lyrics, as in the album's title-track, for example or through deeply emotional tunes like Heartbreak Alley, Don't Regret and My Eyes Won't Be Open, straight to songs tinged of more veement and vigorous 70's rock sound, like You Can't Hurt Me and Burn As One.

To play an important role as "tres d'union" in maintaining Wynn's vocal harmonies and The Believer's rich sound going in perfect unison, the backing vocal's work made by Thomas Wynn's sister, Olivia, is spot on, thanks to her otherwordly beautiful singing voice.

Wade Waist Deep is a true rollercoaster of sounds and emotional intensity right to the very end. Turn Into Gold is the ideal closure of the album and portrays minutely what the music message of Thomas Wynn And The Believers is all about. The seven and a half minutes of this tune showcase Thomas Wynn's in all his finery, through another intense vocal delivery and his thunderous guitar style, with his sister Olivia supporting him beautifully once again on vocals plus The Believers adding their musical abilities through a first class performance.

With an album sounding like Wade Waist Deep, chances are that the fame of Thomas Wynn And The Believers is going to leap well out to the beautiful state of Florida and spreading not just throughout the United States but even further. Thomas Wynn And The Believer's music recipe is immediate, intimate, passionate and disarmingly honest. Adding to these elements Wynn's natural talent as a singer and as a songwriter, there is not really much that can stop the Orlando's collective to reach music stardom in years to come.