Kenny Wayne Shepherd Band - Lay It On Down 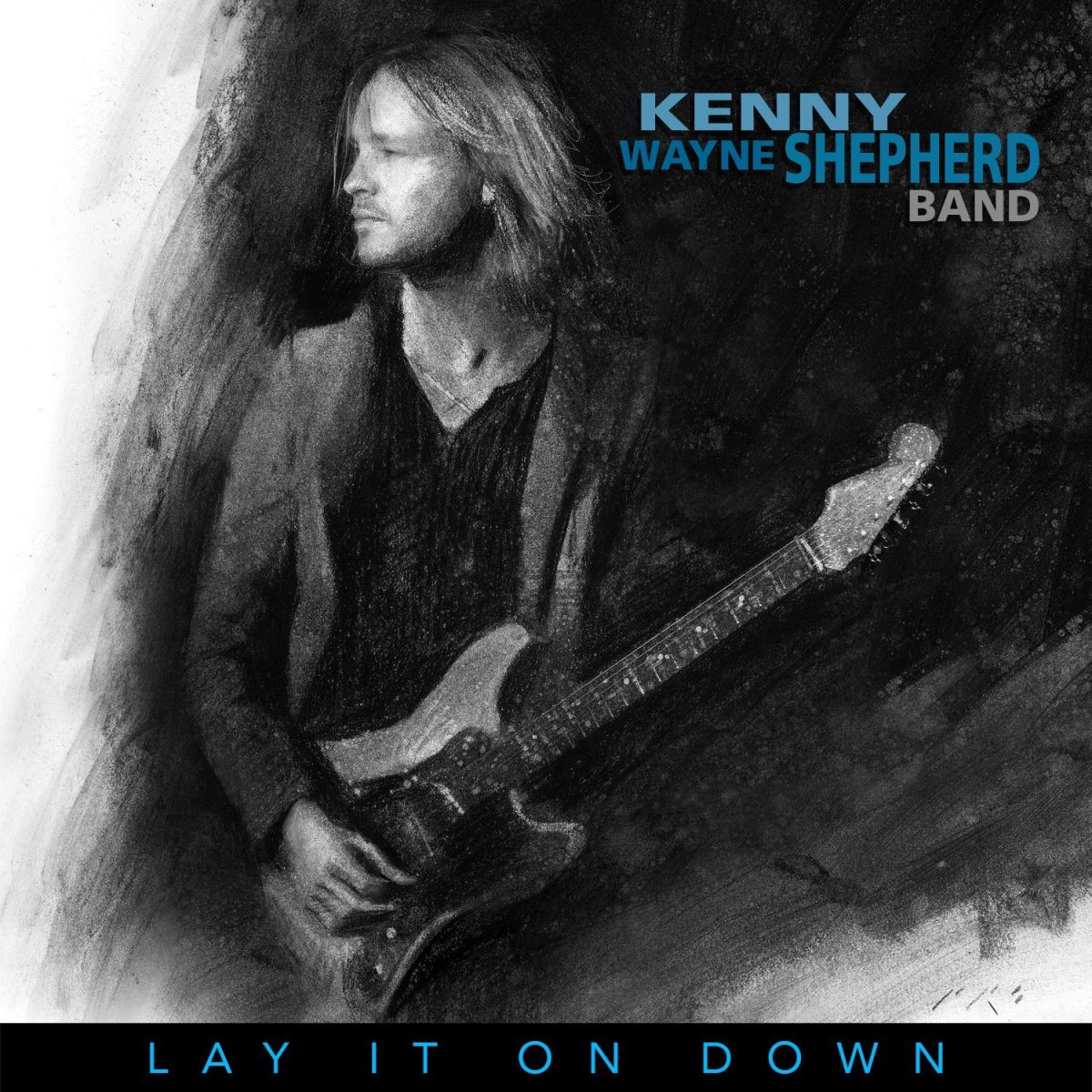 There are many music artists in the big, wild world of music industry that are just content to release album after album in their careers following a formula which adapts best their musical skills and the expectations of their fans.

There are also (thankfully) some other artists that are not afraid to challenge themselves on each new record, willing instead to shake their trademark sound with a new and fresh approach to the genre(s) they play.

Kenny Wayne Shepherd from Shreveport, Louisiana is undoubtedly an artist that belongs to the latter. The Guitar Maestro and his band, on their 8th studio album called Lay It On Down out on 21st July in Europe and on 4th August in the United States, show a remarkable artistic maturity and a creativity never heard before on previous records.

Notoriously, on each on his previous albums either released as a solo artist or as Kenny Wayne Shepherd Band, the guitarist and singer/songwriter has always been very keen to apply different layers of sound and variations to his unmistakable trademark sound, approaching genres like blues and rock from different viewpoints, with a foot in the past and the other in the future. Lay It On Down follows religiously Shepherd's artistic belief as well, on the KWS Band's new offer. This time around, though, showing a highly noticeable growth in many different angles of Shepherd's unique approach to blues and to rock. Everyone is aware of Shepherd's enormous talent as a guitarist and being, possibly, among the top five guitarists worldwide today. Perhaps lesser people were aware, prior to this album, of Shepherd's skills as a lyricist and as a singer too, given the fact that the KWS Band has got already the luxury of having one of the most powerful and soulful singers in the blues/rock world, Noah Hunt.

The KWS Band's new album is like a powder keg ready to explode any minute, right from the start. The one-two that open the album is truly impressive; Baby Got Gone sees immediately Shepherd taking control of both guitars and vocals, in a rock song with bridges and choruses cleverly written and arranged. A catchy tune that would attract surely a lot of radio airplay. The following song, Diamonds & Gold, immediately raises the bar to a higher level, on Lay It On Down. Kenny Wayne Shepherd takes charge once again of the lead vocals, in a tune that carries an irresistible R&B uptempo, with the added horn section doing a phenomenal job in embellishing even further the already robust sound of a solid collective like the KWS Band. Shepherd's guitar riff half way of the tune and on the closing part of it are genuine killers, reinstating once again the Louisiana-born artist's immense class as a guitarist. Vocally, Shepherd himself shows how far he has gone to master even further his already solid singing style. Beside his activity as a bandleader in the KWS Band, surely working on his parallel project The Rides and working side by side with a vocal wizard like Stephen Stills, has been very beneficial to the growth and power of Shepherd's singing style, as this song clearly indicates.

Kenny Wayne Shepherd and his band are, notoriously, an incredibly tight unit, both as friends and as a collective. Songs like Ride Of Your Life and She's $$$ exemplify perfectly the fiery sound of a group of musicians working in total synchronicity. Both songs constitute the best possible demonstration of how cleverly Shepherd has modeled, in Lay It On Down, an album that brings the tradition of the blues with a modern, contemporary twist.

The slow numbers of the album are possibly among the best songs Shepherd has ever written in his career. The guitarist and singer/songwriter get as personal as he possibly can in the song Louisiana Rain, evoking memories of his roots in such passionate and devoted style in his lyrics. Hard Lesson Learned is another very fine example of musical narrative at its highest, penned vocally by a Noah Hunt in superb form. The title-track of the album is another very fine moment of the album. Shepherd's storytelling is, once again, disarmingly honest, describing how hard is to realize how at times life can be when one is faced with a harsh reality check in his life. The Guitar Maestro takes, once again, charge of the lead vocals duties on this song, delivering a performance of breathless beauty. Even in the alternate version of the same song that closes the album and performed in a more stripped down style, the vocal cohesion between Shepherd and Hunt, on backing vocals, is absolutely remarkable.

The Louisiana-born artist has always been a forward thinker in all his career. On his new album, Shepherd has completely achieved the artistic goal of balancing the roots of the blues tradition with different musical genres with great class and without betraying his artistic honesty and integrity which are, have been and always be the core to his success. Together with his phenomenal talent as a guitarist. Lay It On Down is the pinnacle of Shepherd's career so far on many levels, as a guitarist, a singer and as a songwriter. A musical jewel and a statement of sheer talent that will stand the test of time for many decades to come.