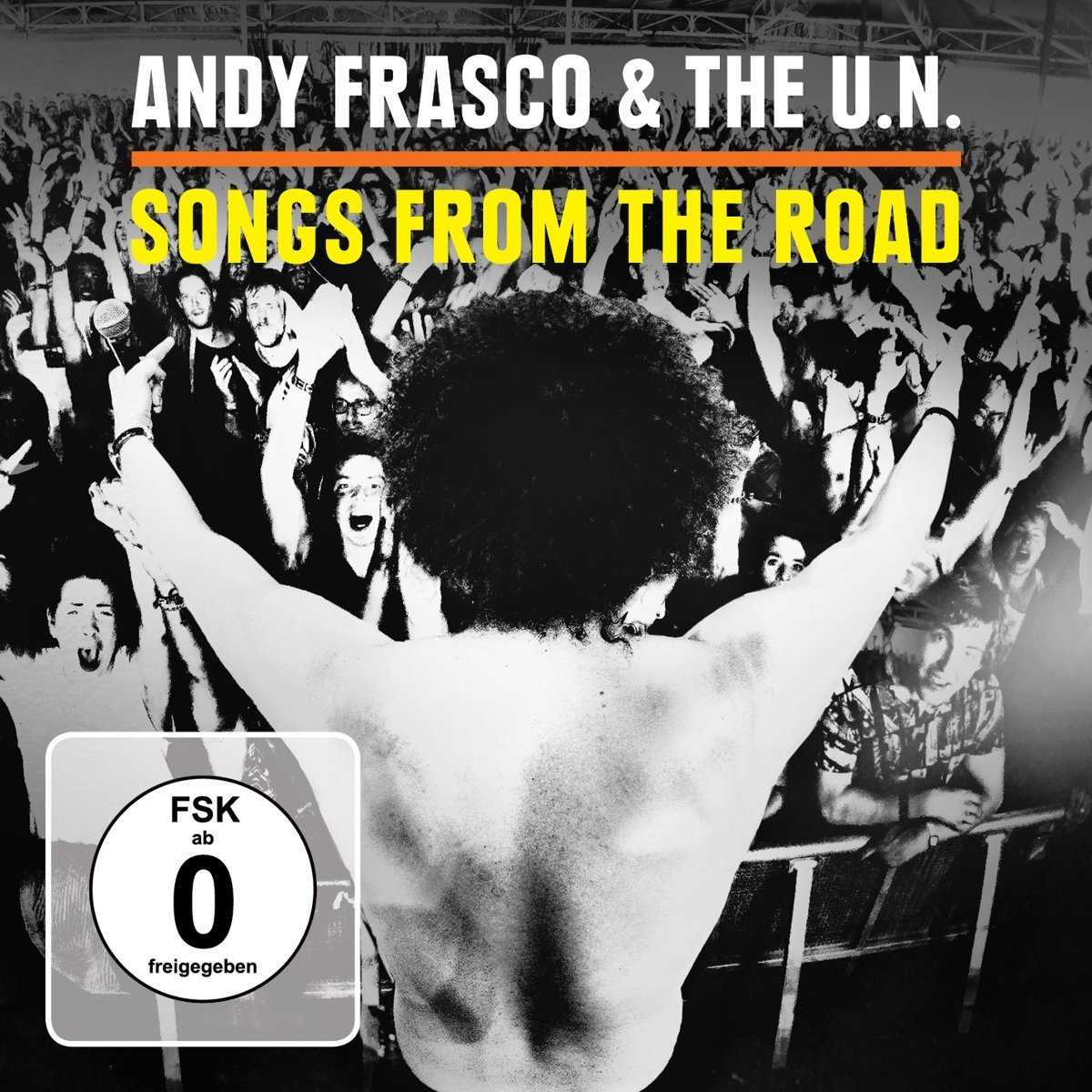 Music intended as an art expression, when it is played live, should be a celebration of life or simply the joy of spending a couple of hours forgetting about daily problems and various issues we all get to deal with, sooner or later in our lives.

For many artists, nowadays, playing live music is their own way of making a living and quite rightly so, given the chronic, global crisis of the music business and the lack of incomes both for record labels and the artists themselves.

When it comes to live performances, almost nobody embraces the whole criteria of playing music for the joy of the masses, giving hundred per cent on stage every time and not following a pre-planned set-list but just improvising on the spot as well as Andy Frasco & The U.N do.

Fresh from the release of their excellent latest studio album Happy Bastards, Frasco & Co. have been incessantly touring the world in the last 10 years and the live album Songs From The Road is the perfect way to celebrate their Neverending Tour, through a performance of magnificent proportions.

Released in the traditional Ruf Record's Cd & DVD format, Songs From The Road gives an unique perspective on the raw power and the enormous energy that this incredible collective is able to bring on any stage in the world, together with offering a great opportunity, to those that have never been to an Andy Frasco & The U.N. live performance, to discover the excellence and the skills of this multi-cultural music machine.

Recorded live in Bamberg, Germany in August 2016, Songs From The Road gives the idea of a train travelling at the fastest pace possible, rather than a standard live music performance. Frasco is the insanely, talented conductor of a music orchestra that takes the crowd into an unforgettable musical journey, where boogie, ska, R&B, funk and rock all fuse together in the most entertaining, loud and energetic way possible.

Frasco & The U.N knows very well how to throw a party. Their musical skills are of the finest quality and their being mavericks on stage can be easily forgiven, given the quality of the show they carry on stage. The collective digs deeply into their 2014's acclaimed album Half A Man, through songs like Sunny Day Soldier and especially with Stop F***ing Around, where Frasco & Co. really bring the crowd to their feet through an unforgettable performance that condenses part soul, part R&B, part Ska.

As expected, Frasco & The U.N. bring to the German crowd also many tunes coming from their latest studio album Happy Bastards too. When You're Lonely (Fill You Up) is a fast and furious boogie that lift up the roofs of many of the houses surrounding the main square in Bamberg. Mature As F**k is a sonic bridge between rock and blues and Doin' It displays the funky side of a band whose music muscles shines even further during the execution of this song.

Make It Work, still from the Happy Bastards album, deserves a separate mention. This up-tempo, soulful tune reveals the whole lot about Andy Frasco as a singer. His vocals are sharp, powerful and the Horns Section of The U.N. does a truly impeccable job too in supporting Frasco's best vocals of the whole show, in a song that screams happiness all along, through its lyrics and its performance.

Despite the relentless amount of energy, adrenaline and sweat consumed profusely by the band on stage (together with generous doses of alcohol too), Andy Frasco & The U.N. are not done yet and they gift their German fans, in their Encore, with a memorable Rage Against The Machine's cover, Killing In The Name, to close a truly phenomenal show.

Songs From The Road is a live album that exudes the power of the music message every step of the way. Most importantly, it shows an unstoppable group of musicians at the top of their games, worth of every big stage worldwide. Andy Frasco & The U.N. aka the Happy Bastards, have done it again!