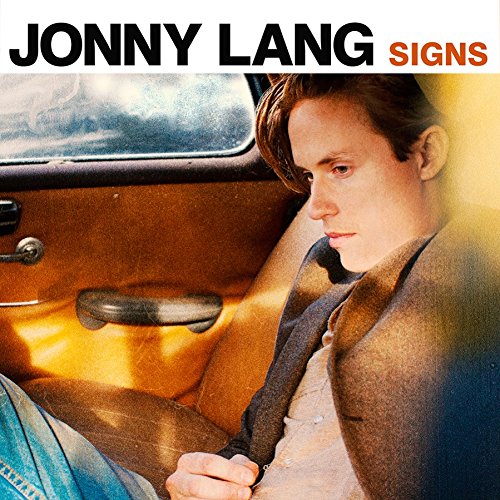 It is very refreshing, in this present time and age, to see an artist experimenting his music and take it to the next level as well as Jonny Lang does with his brand new album called Signs. Four years have gone since Lang's last album, Fight For My Soul, a collection of songs that, despite their quality, were not reflecting entirely Lang's musical vision and here we are, in 2017, with a new album that sees the American artist's music very much rejuvenated, reinvigorated and with a totally different and fresh approach to music than his last record.

There is the full army of Lang's musicianship into Signs. The American guitarist and singer/songwriter explores in his own way and through his unique style, the roots of the blues and driving it forward, either in more rock, soul or even rootsy territories thanks not just to his phenomenal talent as a guitarist but also by displaying some of the best vocals heard on any Jonny Lang's album ever before.

Lang's capacity to adapt his voice to songs sometimes of an introspective and often personal nature is absolutely phenomenal, from the falsetto of What You're Made Of to the primitive but powerful vocal delivery of the album's title-track, Signs. The American artist shows strength in many ways, on the new record, genres played aside. His cutting edge lyrics are sometimes sharp and sour, like on that splendid, stomping blues track that it is Snakes, some other times soulful and tender, as displayed in that statement to love for his wife, called Stronger Together.

Big credit also to Lang about choosing, as first single off the album, a song that it might not be entirely radio friendly but rather more fit to be played in a juke joint, a twist to classic blues executed with equal rawness and intensity called Make It Move. Certainly, a tune that carries the full message on Lang's vision on what blues means to him and also says a lot about the artist's uncompromising honesty and integrity, when it comes to music.

The Guitar Maestro assembles an incredible sonic mosaic on Signs and to pinpoint one or two highlights, in this excellent record, it is extremely difficult. Lang travels into the universe of music with such remarkable agility, displaying in equal measure great depth of intensity on different genres, such as in the bluesy song Wisdom, where his songwriting reaches its absolute peak in terms of emotional content and his guitar playing shows moments of true excellence.

Lang knows very well how to create anthemic tunes too. Last Man Standing is a pyrotechnic display of rock and roll sang and played at very high level, with powerful and well crafted bridges and choruses. Bring Me Back Home is a truly tender ballad, where Lang offers another demonstration of his great artistry as a guitarist with a killer solo in the mid-section of the tune.

The outlaw of the blues and the rock and roll maverick is back, in many ways. Signs is an album that projects Lang's artistry back where it belongs. The circle of Music Royalty.