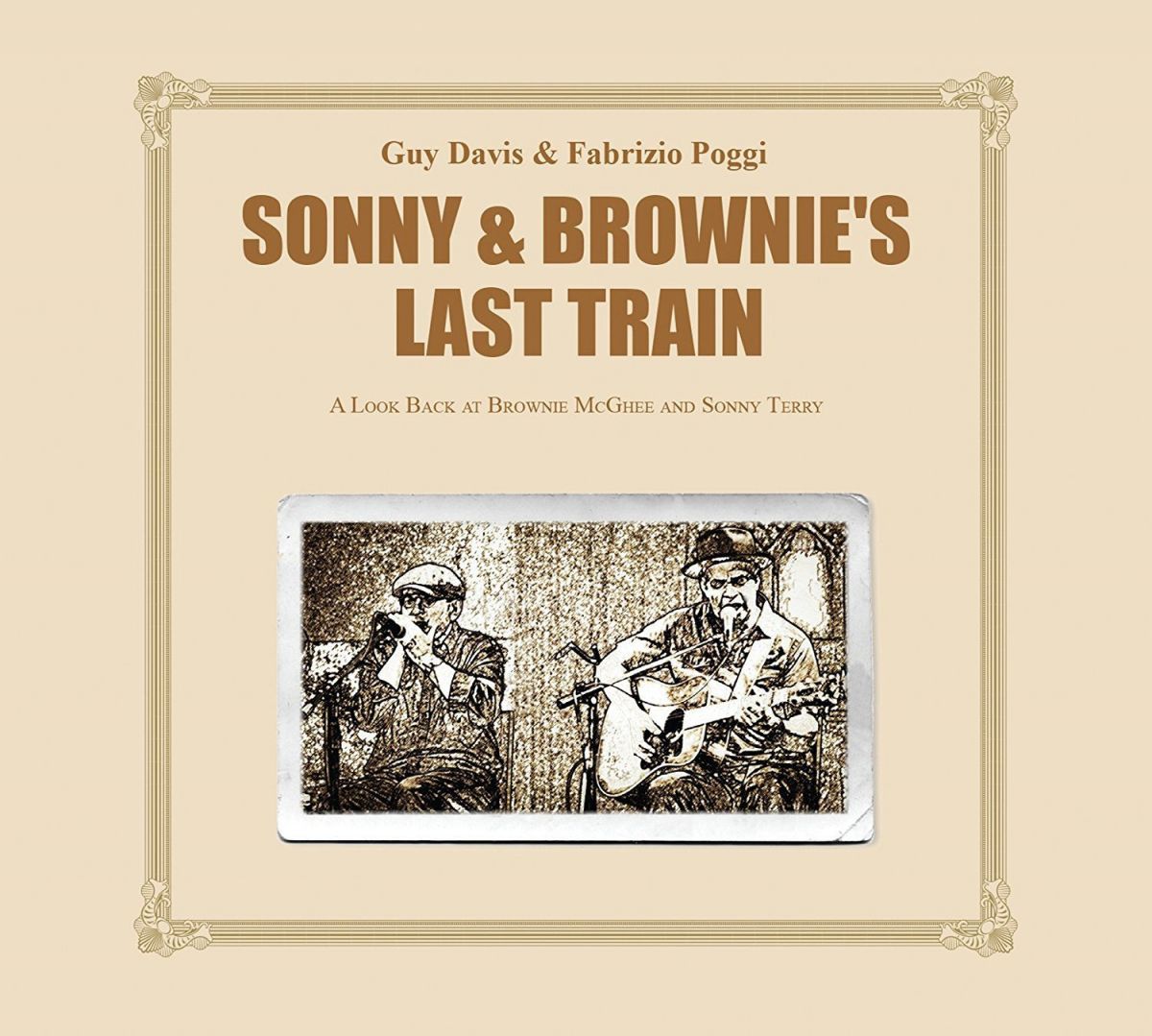 Music fans have got all different relationships with records. There are some that treat them like mementos of a live concert or of a photo with their favorite artists, others look at records like personal lifeboats in particularly difficult moments of their lives, others simply just love music in its entirety.

When American multi-instrumentalist Guy Davis and Italian harmonica maestro Fabrizio Poggi met many years ago for artistic reasons, they were far away to imagine that their musical partnership and personal friendship would have last for so long and taken them to a roller-coaster journey to the history of American Blues.

In June 2016, during one of Guy Davis rare breaks from his (still ongoing) Neverending World Tour, Poggi and Davis managed to find a short window of opportunity to cut an album in Italy, produced by Poggi himself, intended to be their personal homage to the careers of two of the all-time greatest bluesmen, Sonny Terry and Brownie McGhee.

Recorded in the space of exactly 24 hours, with each song being cut in one or two takes at the very maximum, Sonny & Brownie's Last Train is not just Poggi & Davis personal viewpoint on Terry & McGhee's incredible talent as performers and singer/songwriters but it is also a devoted homage to the traditions of the Delta Blues in its whole.

Sonny & Brownie's Last Train title-track and the album's opening tune it is the only song of the album written by Davis himself. Inspired by a conversation with Fabrizio Poggi on how the song should sound like, Davis storytelling's Parlato singing style matches perfectly the tone of a music tempo that carries that feeling of a train in movement, slowing and accelerating at times just like a train would do.

One of the many beauties of this record is the exceptional quality of the interplay between Davis and Poggi. Whilst Davis maintains beautifully the rhythm and the cadence of each song through his deep, soulful singing voice, the sound of his guitar and, occasionally, through his harmonica too, Poggi's inspired, eclectic and harmonious harmonica playing style carries, on the other end, that unmistakable Delta Blues pathos that complete perfectly each body of work created and performed together by these two very talented artists.

Each song of the album tells a story. Perhaps they are all executed not necessarily in a format that Sonny & Brownie would have naturally played them but rather in the way that Davis & Poggi perceived them instead. A classic example is the tune Freight Train, originally written by Elizabeth Cotton. Released with a more bluesier tone by Sonny & Brownie in their original version, Poggi & Davis decided to dress this song, which contains some of the most heartbreaking and touching lyrics of the whole album, in a more intimate way and with remarkable results, perhaps sticking more to the tone in which the songwriter originally conceived the song, at the time that it was written.

Davis & Poggi's ability as well, on this album, is that of being able to balance and treat songs containing lyrics carrying heavy subjects, like violence on women (Evil Hearted Me) or rocking relationships (Walk On) with a sensitive and light approach, underlining implicitely in their performances that there is always a glimpse of hope at the end of every life's dark tunnel.

As a duo, Davis & Poggi's artistic alchemy is second to none and this album clearly confirm this fact, especially in songs like Goin' Down Slow and Louise, Louise, for example, where the musical dynamic between the two musicians reaches really high peaks of excellence. The two artists often evidentiate, within the album, also their individual skills without overstepping into each other's musical ground. Songs like Shortnin' Bread, with an extraordinary vocal delivery by Guy Davis or Take This Hammer, with another succulent performance on harmonica by Poggi, are the perfect example of both artist's inner gifts.

It is no coincidence that this record has been announced just today as one of the nominees as Best Traditional Blues Album at the next Grammy Awards in January 2018 in New York. Sonny & Brownie's Last Train is the perfect demonstration of how Mississippi Delta blues can be interpreted wonderfully by musicians that do not necessarily belong to that part of the world (Davis comes from New York) but elsewhere, because a blues soul has got no citizenship. As long as there will be artists out there willing to totally commit for the blues cause, just like Guy Davis and Fabrizio Poggi did on this splendid record, blues will never die.

Sonny & Brownie's Last Train is out now and it is available via M.C. Records