Albert Castiglia - Up All Night 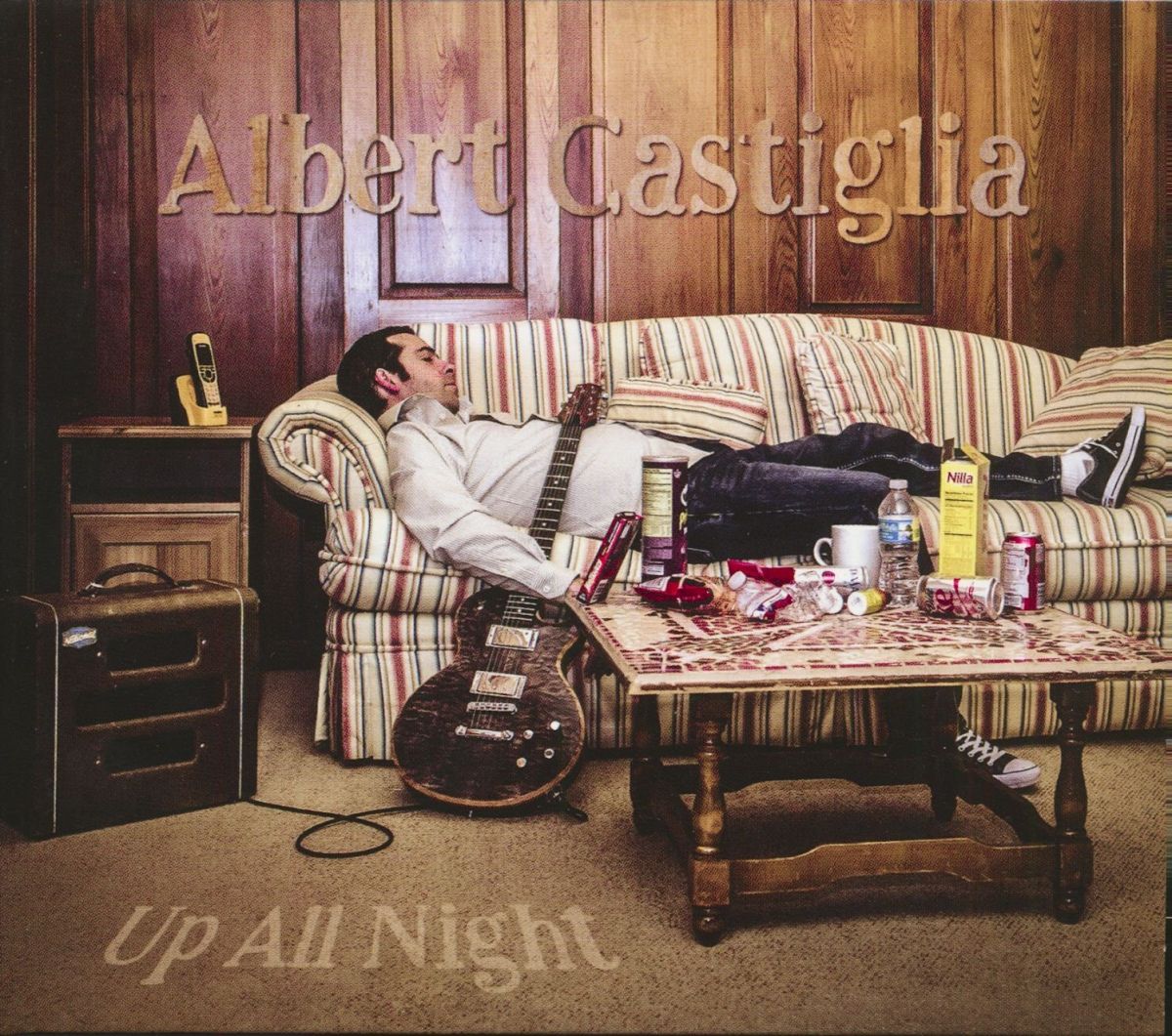 2016's Big Dog was an album that meant a great deal for one of the finest bluesmen around, the Florida-based guitarist and singer/songwriter Albert Castiglia.

Celebrated at the time as Castiglia's finest hour to date, Big Dog was an album that displayed clearly the amount of talent present in Castiglia as a musician in many ways and under different levels. With this in mind, to move forward from an album of this level of excellence must have been not an easy challenge to face for Castiglia, while approaching the writing of the new record.

The guitarist decided, very wisely, to stick on the production side once again, given the successful outcome of his previous record, with his long-time friend and fellow artist Mike Zito, one of the most versatile and ultra skilled blues artists worldwide, together with being an excellent producer too.

Castiglia had to start as well from scratch in assembling a new band, considering that the only studio musicians left from the Big Dog album sessions were just Zito himself and Johnny Sansone on Harmonica. Zito, as always, delivers a phenomenal and multi-faceted amount of work on Castiglia's new record, called Up All Night, by being not just the producer but also through playing and writing some of the songs of the album too. Sansone, another of Castiglia's long time friend and fellow musician, does a splendid job too on the new record and the artistic chemistry between him and Castiglia, is genuinely excellent.

Often, there are records born under a good sign and Castiglia's Up All Night is certainly one of those. The Florida-based artist recruited in no time a first-class new rhythm section, for the Albert Castiglia Band, by adding Brian Menendez on drums and Jimmy Pritchard on bass. The new arrivals added, undoubtedly, a rather strong dynamic to Castiglia's already rich and powerful guitar playing style, adding an even more spicy musical element on Castiglia's new offering.

The wall of sound present overall on Up All Night is one of the most versatile that Castiglia has ever recorded in his career on any of his records. Castiglia's playing style is strong, honest and direct as one may possible find in an artist. Those key elements of Castiglia's unique approach to music are masterfully displayed, as always, on this record as they were in any of Castiglia's previous releases. The sound of his guitar is visceral, raw, tense and soulful at the same time, a bit like his extensive vocal range is. This combination of many talents possessed by the guitarist and singer/songwriter mirrors truthfully not just Castiglia's instinct and natural talent as a musician and as an artist but it also reflects his personality in its entirety.

Up All Night incorporates all the style close to the heart of the guitarist and singer/songwriter. The funk and rock combustion that emerges from the song Three Legged Dog is intense and explosive and Brian Menendez's ferocity on drums captures, together with Castiglia's solid vocal performance and the vehemence of his guitar, the whole spirit of a truly inspired tune.

Another fine song on the new record is certainly I Been Up All Night. Castiglia's guitar is dirty and primitive enough, almost echoing 70's psychedelia at times and the brilliancy of Castiglia's talent as a guitarist is totally unleashed on this tune, through some breathtaking, epic guitar solos. Even Castiglia's personal take on Luther "Snakeboy" Johnson classic, Woman Don't Lie, is incredibly stylish and contains that distinctive Castiglia's touch, with his new rhythm section maintaining a superb tempo throughout the whole tune, with the clinical precision of the most refined clockwork.

Castiglia is clearly a master in assembling in his sound different music elements belonging to different genres and Up All Night is the perfect manifesto to his eclectic music vision. Among the many tasks fulfilled in Up All Night, producer Mike Zito pens for the Florida-based artist a splendid blues ballad called Quit Your Bitching, designed specifically to fit and enhance Castiglia's vocal delivery and his exquisite guitar playing. On the latter, the mid-section instrumental part of this tune is, in particular, first class executed and Castiglia shows once again why he is considered one of the most skilled blues/rock guitarists on the current music scene.

When you bake a musical cake of the quality of Up All Night, all that you need to finish it off is the proverbial cherry on top, which, on this record, comes through the special appearance of another of Castiglia’s personal friends and one of the greatest bluesmen worldwide, Sonny Landreth, in the song 95 South. Castiglia and Landreth work in such perfect unison on a tune fuelled with boogie and rock and roll, with Castiglia's singing voice slightly (and craftily) tuned down at times to give space to the stratospheric fusion of two Guitar Maestros like Landreth and Castiglia. This is the point, in Up All Night, where the alchemy between musicians, like it happens on this tune, makes a song becoming a work of art.

Up All Night is a record that shows the many angles of Castiglia’s music philosophy. It doesn’t therefore come as a surprise the fact that the artist decides to close the album with an acoustic little gem, called You Got Me To That Place, a song that confirms the total purity and immediacy of Castiglia’s music, no matter whether it comes under an electric or an acoustic sound form.

Great respect to Castiglia for this new record. Up All Night is the perfect demonstration of how a musician can move forward in his artistic growth without compromising his musical roots and still managing to keep intact the integrity of his music language. A record full of great ideas and intuitions, played, sang and produced at a very high level.

For any music fan, a great Xmas present to receive under the tree.