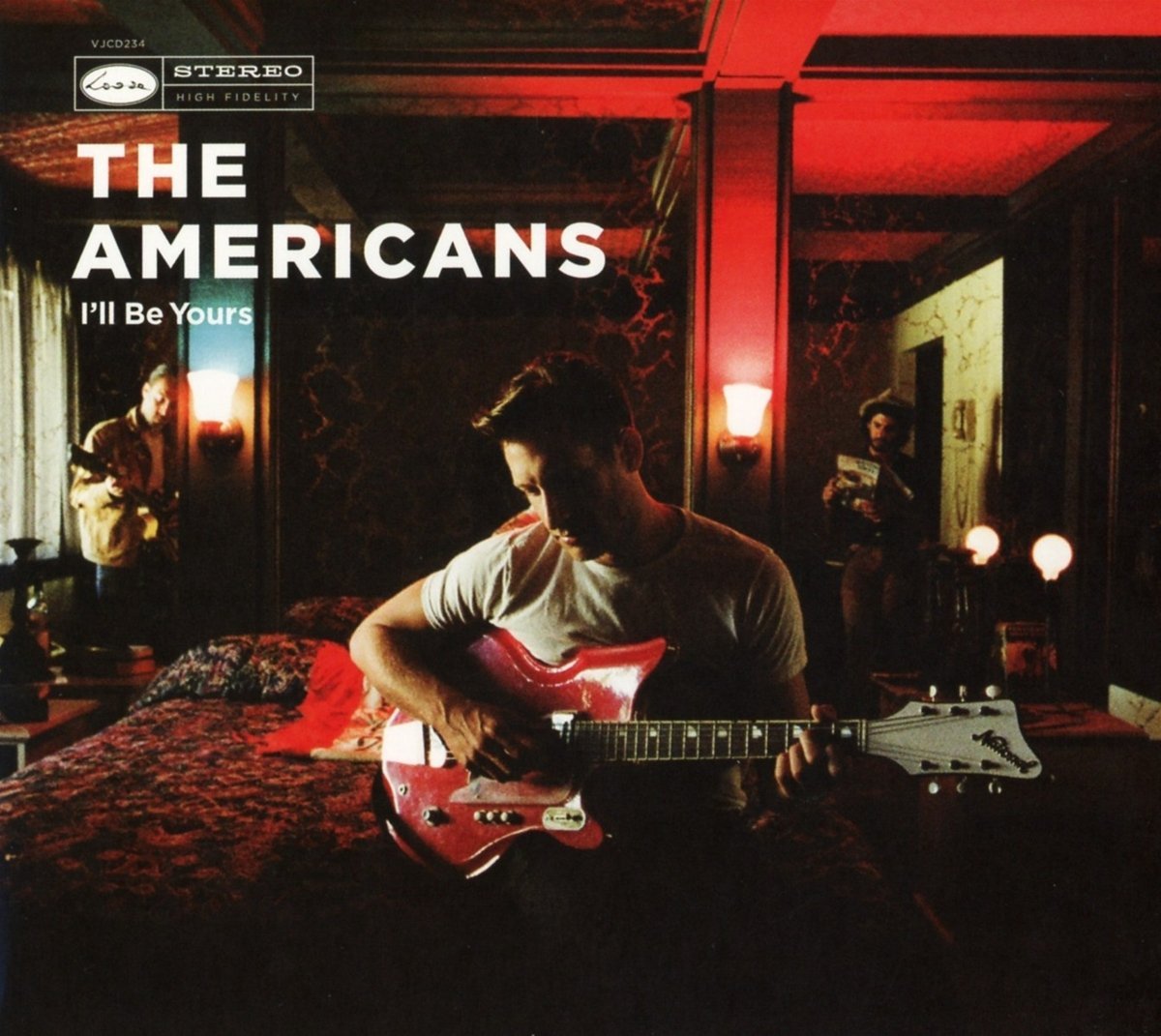 That, in brief, would be the best way to describe the story behind the making of the Los Angeles band called The Americans, who in late 2017 released their debut album, I'll Be Yours, an intense and at the same time delicate homage to the roots of American music history.

United not just by a long time friendship but also by a common, deep passion for genres like Folk, Jazz and Americana, front-man Patrick Ferriss and bassist Jake Faulkner spent some time together busking between Los Angeles and San Francisco until they bumped into guitarist Zac Sokolow and convinced him to join forces with Ferriss and Faulkner to put together a band.

It took some time, for the new born band, to sink their teeth into new genres, for them, like rock and roll and to incorporate their trademark sound with new musical layers. But when that happened, the sonic outcome was so significantly strong and powerful to convince music royalty like Jack White, T Bone Burnett and Robert Redford to ask The Americans to appear as the backing band in the PBS documentary series called American Epic, something that created a huge amount of curiosity about the Los Angeles band from the millions of TV viewers watching them playing.

The outpouring of attention coming from viewers and music press did not distract the band by continuing to write songs that could speak an universal language to the masses, a sort of musical esperanto that would echo, in their own unique way, America's Blue Collar tradition, carried in the past (and somehow still nowadays) by people like Neil Young, Bob Dylan or Tom Waits, just to mention a few.

The American's debut album, called I'll Be Yours, it's a true labor of love. Ferris & Co. manage beautifully to transform ordinary life's vignettes into songs of great emotional impact, injecting into each individual tune layers of sound coming from the heart of the music tradition of the United States of the last half a century.

To pick a sole highlight from the band's debut album is an impossible task. From the record's opener Nevada, a folk/rock tune infused with great melodies, choruses and bridges to the closing Daphne, a slightly melancholic semi-acoustic song where the whole band shines in its entirety, vocally and musically, the album is a fascinating, sonic roller-coaster that catapults the listener into different times and eras, in the same way that Doctor Who's Tardis would do but perhaps not so effortlessly as The Americans are capable of, through their many talents, both as musicians and songwriters.

I'll Be Yours is an irresistibly attractive musical journey made of love, pathos, dreams and sorrow, where the cinematic feelings created by the tremendously skilled band members (plus the marvelous presence of Tim Carr on drums) intersects ad hoc with the song's powerful lyrics that often carry beloved memories of giants of modern literature, like Jack Kerouac or Henry Miller. The Americans, through this record, certainly demonstrate great potential as a collective and, moreover, that it is possible to make great albums even without a multi-million budget behind. As long as there is passion and love for music, as in The American's case, everything is possible.