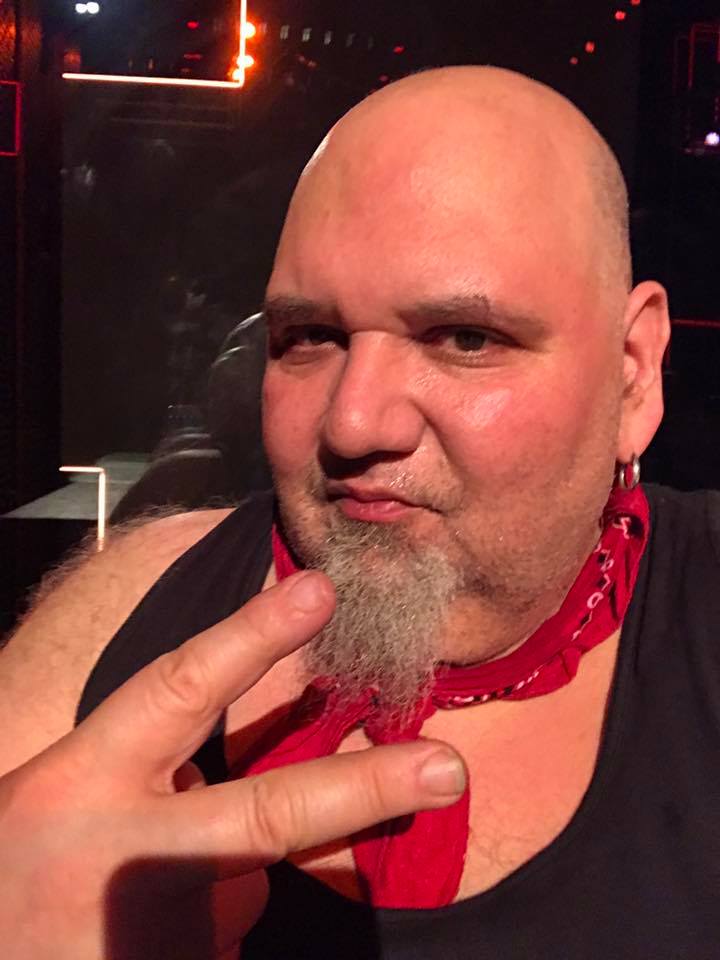 Released at the end of 2017, Chubby's new album called Two Dogs, is a breathtaking journey among the musical roots of an artist constantly evolving and respecting, at the same time, the fundamentals of his vast musical background. The new record sees Chubby combining perfectly classic and contemporary sounds belonging to genres like Blues, 70's Rock, R&B and Soul, assembling some of the most inspired songs that the guitarist and singer/songwriter has ever written in his long and glorious history.

Recorded in Chubby's own studio in New York, Two Dogs is the ultimate statement of the artist's incredible musicianship. Not satisfied of writing the whole of the album on his own, producing it, engineering it, crafting some outstanding vocal deliveries and penning some incredibly intense guitar solos, Chubby takes also on board the role, in many of the album's songs, of additional drummer, percussionist and bass player, with highly remarkable results.

Two Dogs is, by far, the most cohesive album that Chubby has released for quite some time. His lyrics, mostly based on the eternal conflict between good and evil, just like one of the precepts of Zoroastrian faith, are sometimes dark, other times sarcastic and occasionally even carrying a slightly melancholic tone.

Supported splendidly in studio by his fellow friends musicians Sam Bryant on drums, Andy Paladino on bass, Andrew Garrison on Saxophone, Chubby's daughter Tipitina on trumpet and long-time collaborator Dave Keyes on keyboards, Two Dogs shows off Chubby's growth not just as a songwriter but also as a singer. The tune called Rescue Me carries passion and disarming honesty through Chubby's vocals, one of the songs of the album where the artist shows the eclectic side and the strength of his vocal range, something that he does also remarkably well in the songs Sam Lay's Pistol and Wound Up Getting High, among many others.

As a musician, Chubby's talent as a guitarist is undisputed, no matter what genres he plays. From the total free-form Blues performance on the instrumental Cayophus Dupree to the Soul and R&B tinted Me Won't Back Down and from the R&B and almost Fusion injected album's title-track to the thunderous, swaggering Boogie of the closing track Chubby's Boogie, the guitarist and singer/songwriter displays signs of phenomenal artistic health and maturity, his guitar sound flying higher and stronger than ever. The two live covers of Leonard Cohen's Hallelujah and The Stones Sympathy For The Devil, added as Bonus Tracks to the album, are true testament of how powerful this very talented artist is on live performances too.

Two Dogs is a magnificent, highly entertaining record and a gigantic kick in the teeth to all those people that forgot about him in the music business. Popa Chubby is back with a vengeance and this album is his own masterpiece.