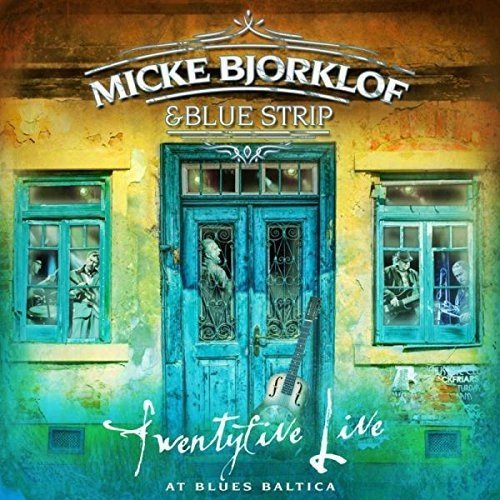 Bjorklof & Blue Strip's very first live record photographs a band at the very peak of their game, through a performance packed with energy and strong musicianship. Bjorklof and co. know very well how to measure the level of intensity throughout any of their powerful live shows and, in that respect, Twenty-Five Live At Blues Baltica offers a clear indication of what any respectable music fan can expect from one of the most respected and skilled group of musicians not just from Scandinavia but from the whole of Europe too.

Focusing majorly, through the album's set-list, on the last two studio albums of the Finnish collective (2014's After The Flood and 2015's thunderous Ain't Bad Yet), Bjorklof and Blue Strip take the audience to a 2 hours-plus musical journey made of great ability and extraordinary intensity, where layers of Chicago Blues (Let Me Love You Baby), 70's Blues/Rock tinged with esoteric vibes (Jack The Black Hat), Contemporary Blues (Honey Hush, Stone Inside), Mississippi Hill Country Blues (Red Lightning Mama, Ramblified) and Boogie (the irresistible 36 Cuts) fuse together in total harmony, creating an incredible and fascinating combo.

Individually, each musician gives the absolute best, on the night. Bjorklof's quality of his vocals grows stronger and stronger as the years go by, as it does his great ability as Harmonica player. Lefty Leppanen on Electric and Slide Guitar is like a sonic river flowing class on each note that he plays, while the Rhythm Section made by Teemu Vuorela on Drums, Seppo Nuolikoski on Bass Guitar and Timo Roiko on Percussion and Malletkat sounds powerful as a hammer and precise as a Swiss clock on each of the album's tunes.

Twenty-Five Live At Blues Baltica is a live record as good as a live record can possibly be. Highly entertaining, soulfully played and skilfully executed, the album confirms Bjorklof & Blue Strip as one of the strongest and most inspired bands around. If the original plan of the Finnish collective was to celebrate an important anniversary of their history in style through their very first live album, they certainly accomplished their mission in full.